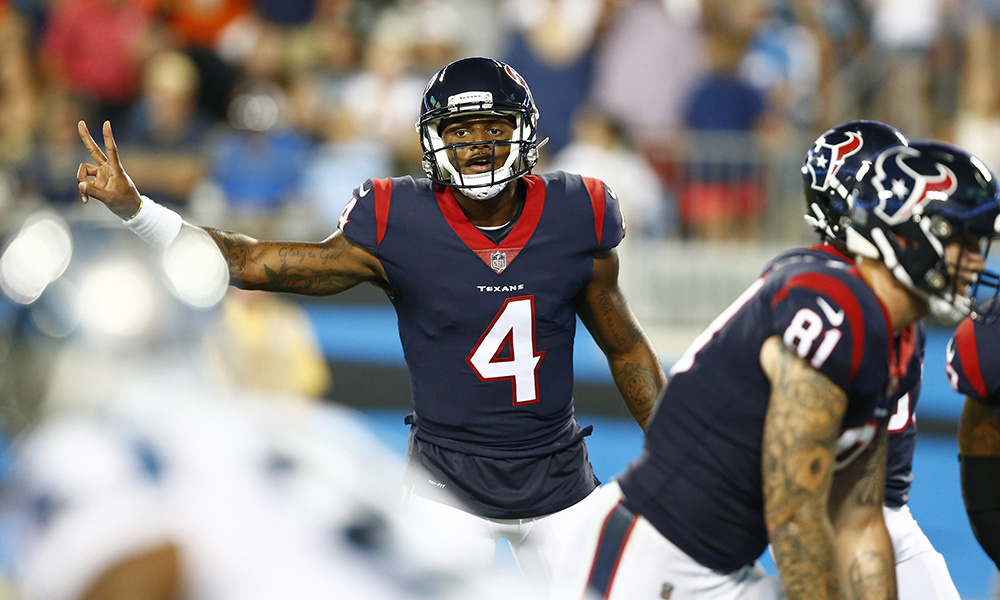 Once you’re a Clemson Tiger you are always a part of the Carolinas.

CHARLOTTE, Nc. — That’s why Deshaun Watson’s debut vs the Panthers was one of the biggest, if not the biggest, storylines going into last night’s game. However, despite the pressure and high expectations, Watson showed he’s NFL ready.

“Today was good just to get my feet wet,” Watson said following the 27-17 defeat to the Panthers. “Not just me but all the rookies and just get out there and experience my first NFL game. It was fun.”

Watson looked confident and poised when he commanded at quarterback. He would finish the night completing 15 of his 25 attempts for 179 yards. In addition, he wasn’t afraid to take the ball into his own hands when needed. He rushed for 24 yards on three carries. However, he protected the football and made it clear last night that is vital to success.

“That’s one our goals to take care of the football. Especially at this level, you can’t turn the ball over. That’s one of the biggest things that we focus on is (protecting) the ball. Whoever is handling the ball runners or passers.

Head Coach, Bill O’Brien, praised the rookie quarterback noting that he was very impressive. Yet, he’s still learning as well.

“He is a smart and distinctive player,” O’Brien told reporters last night in Charlotte. “First game out there I thought he did some big things. It is a big jump from college to the NFL. I thought he handled it pretty well. There are probably a couple of things that we could’ve done differently. He could’ve played a little bit better on certain plays, but overall I thought he handled himself pretty well for his first time out.”

The big question going forward will be who’s going to be the Texans’ starting quarterback. Right now, the job belongs to Tom Savage. It’s worth mentioning he had a solid night as well. He finished 9 of 11 for 69 yards playing against the Panthers’ starters. However, Watson could become the starter with continual growth and show progress. Even his coach mentioned that nothing is too big for Watson, referring to other high-profile games he’s been a part of. Either way, the Texans have a bright young star who’s ready to take over when given the opportunity to prove he’s worthy.