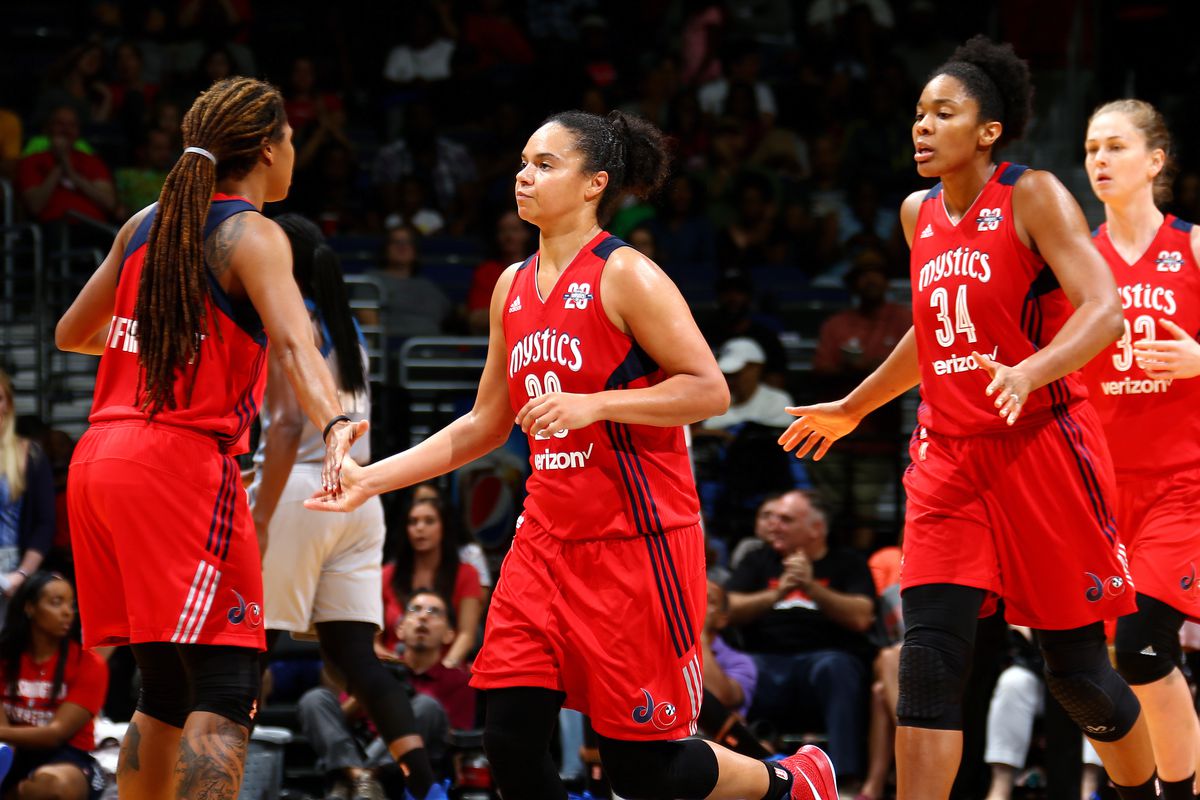 With WNBA free agency happening, the Washington Mystics team handles downfalls and upgrades during the offseason that could foretell the future.

The focus for the Washington Mystics was the free agency pool of players including two of their own: Ivory Latta and Allison Hightower. Questions loomed wondering if Latta and Hightower would return to Washington or seek out elsewhere.

Mass attention switched when it was announced forward Emma Meesseman would miss the 2018 WNBA season. Although this leaves opportunities for new players to acquire, it’s still a bummer for the Mystics losing their second-leading scorer. Meesseman decided to take some time and rest after playing overseas to prepare for the Belgian National team.

Washington has been without Meesseman before, just not as long. Last season, she was absent for a month competing at EuroBasket. Head coach and general manager Mike Thibault spoke more on this matter.

“Emma has played year-round for almost six consecutive years, without time to rest her body from the wear and tear that results from that kind of schedule,” Thibault said. “In addition, Emma feels that her National Team preparation in August and September, ahead of the 2018 World Cup of Basketball, is a priority for her at this point in her career. We are sorry that Emma will not be with us this season, but we have been preparing for this possibility for a while.”

Meesseman said she shall return in the 2019 season.

In other news, the Mystics have brought back a familiar face: former Phoenix Mercury guard Monique Currie. The Washington native will return back to her old stomping grounds, where she previously played from 2007-2014. Currie’s offensive intensity can lead to in-depth in scoring as well as getting to the line.

Having a good year last season, Currie averaged 10.8 points per game and shot 39.8 percent from three-point range. With the absence of Meesseman, Currie can make up for the depth around the arc.

Currie will also be able to fill in for guard Tayler Hill who tore her ACL back in July. Currie expressed positive emotion about her return.

“I am excited to be back with the Mystics in my hometown!” Currie said in a release. “It feels great to be back with such an amazing organization that I spent many years with. I look forward to joining with the new players in Washington as well as the ones I’ve played with in the past.”

The Mystics have re-signed forwards Tianna Hawkins, LaToya Sanders and guard Hightower, which leaves Latta as the only remaining Mystic who hasn’t been signed. Hawkins was having one of her best seasons last year averaging 6.9 points per game as well as 4.2 rebounds. Sanders joined the Mystics in 2015 and missed the 2017 season due to a foot injury. With 48 blocks in 2015, she became second in franchise history history.

Hightower joined Washington in the 2017 season playing in 11 games averaging 4.7 points per game and 1.1 assists per game. Thibault spoke of Hightower as the needed boost for the team to make the playoffs. He mentioned her ability to play multiple guard spots and her veteran experience was essential to the team’s success.