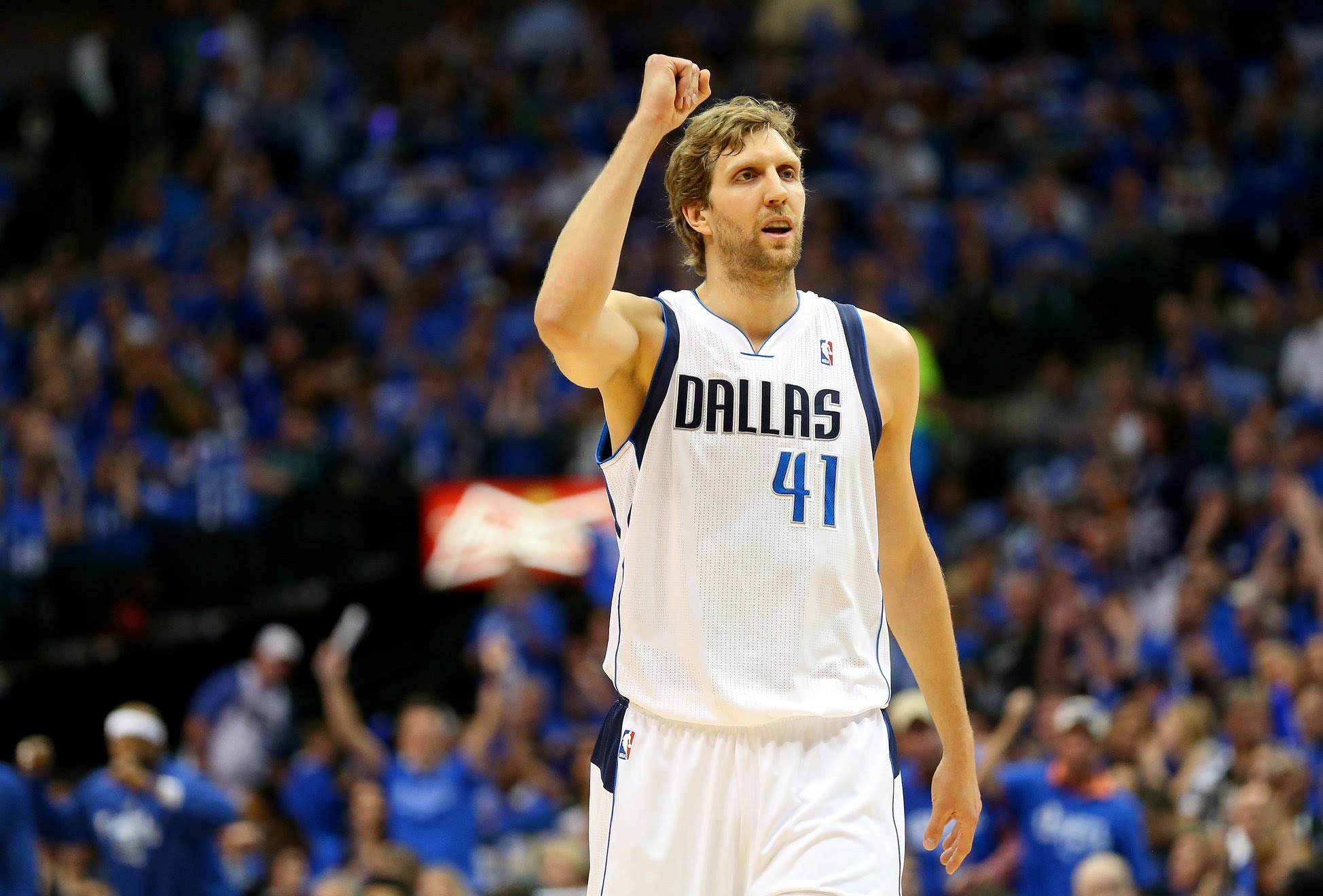 One of, if not, the best foreign-born player ever to grace the NBA is Dirk Nowitzki. The 7-foot German came into the league a stick figure and his NBA future was uncertain. Dirk’s dedication to the gym with his legendary shooting coach got him to the milestone of 30,000 career points. The epic achievement was reached today after only needing 20 more points. And like the legend he is, Dirk got 18 points in the 1st quarter and finished it with his patented fade away in the next quarter to seal the 30K. Only Kareem Abdul-Jabbar, Karl Malone, Kobe Bryant, Michael Jordan, and Wilt Chamberlain have ever scored more. But Dirk is probably the most surprising out of the aforementioned to reach the feat due to his shaky start. Mark Cuban stumbled upon an amazing talent landing the “tall baller from the G” with a genius draft day trade.

How It All Began

Dirk Nowitzki reaching 30K points is one of the more remarkable accolades in recent memory. Along with Russell Westbrook averaging a triple-double, this is something you could not foresee. Early on Dirk and former teammate Steve Nash had a couple tough seasons but in 2000-01 the Dallas Mavericks turned it around. A brilliant chemistry between Dirk and Nash started to develop with legendary coach Don Nelson. After Nowitzki’s first two seasons, he averaged at least 20ppg and 7rpg for 12 straight seasons. In 2006, the Avery Johnson led Mavericks reached the finals but lost 4-2 to Dwyane Wade and Shaq. A lot of fans and pundits began to doubt if Dirk would ever reach the promise land again.

A Legend in the Making

Heading into the 2007-08 season with a lot of doubt gave Dirk Nowitzki even more to prove. And that season was when he matched his talent with the production of the team winning him ’08 League MVP honors. But after an NBA-high 67 wins, they lost in round one to the Warriors in heartbreaking fashion. Dirk gave his all to the franchise but like many other legends, winning a title look far-fetched. More turmoil came as the Mavs didn’t make it past the second round of the playoffs for three straight years. Owner Mark Cuban added another three-point sniper in Peja Stojakovic to combine with Jason Kidd and Jason Terry. Then sparks started to fly in 2010-2011 as they beat the Big 3 in Miami to win their first title in the franchise’s history.

Winning the title in 2011 was the biggest moment is Mavericks history. But if I had to pick a runner-up, Dirk reaching 30K career points would be second. An accomplishment of this nature is rare and the front office in Dallas is to be commended. For him to play his entire career with one franchise is just unheard of these days. Also, him scoring that many points after being the forgotten player in the ’98 draft that featured Vince Carter, Jason Williams, and Paul Pierce. Dirk passed players like Hakeem Olajuwon, Tim Duncan, and Shaquille O’Neal to be in 6th place all-time in points. His one-legged fade away forever revolutionized the way bigs will shoot the ball. Dirk Nowitzki will forever be known as the best stretch four to ever lace them up in the NBA.