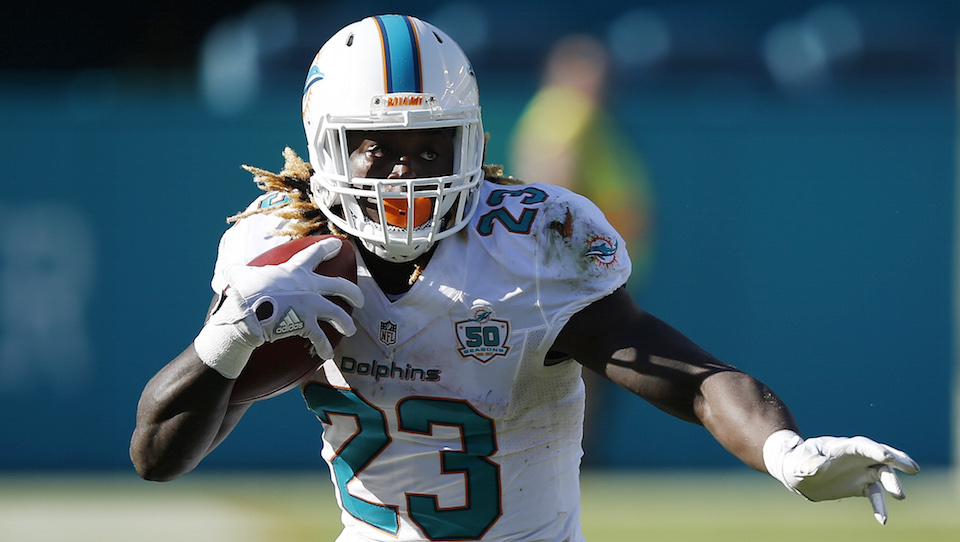 The State Of The Franchise series continues as we turn our focus to a team in South Florida that is filled with optimism, the Miami Dolphins.

Beautiful weather, pretty women, and….football? The city of Miami is known for many of it’s quality resources and during the 2016 season, the city was the home of playoff football.

For the first time since the conclusion of the 2008 season, the Miami Dolphins were playoff-bound. Impressively, it was done with a rookie head coach in Adam Gase. A Wild Card loss to the Pittsburgh Steelers ended a surprising season. Nonetheless, the Dolphins established future playmakers (RB Jay Ajayi, WR Devante Parker). At the same time, they also saw a productive season from an established veteran (DE Cam Wake). The Dolphins now look to 2017 and beyond with a team of talented youth, an up-and-coming head coach, and a hungry fan base. Here’s an outlook on the Dolphins franchise for 2017.

He was the youngest head coach in the NFL. However, he has a nice resume. Gase was the offensive coordinator and a key assistant during the Peyton Manning years in Denver. So his hire was met with some enthusiasm by the Dolphins fan base. Offensive coordinator Clyde Christensen was also brought along with the hiring of Gase and helped orchestrate an offense with a  top 10 running game. Defensive coordinator Matt Burke has to roll back his sleeves and improve an inconsistent defense. How he improves the defense may dictate whether or not the Dolphins are playoff-bound this season as well.

The season started off with quarterback Ryan Tannehill as the starter but it did not end that way. Spraining both the ACL and MCL in his left knee ended his season with three games remaining as well as the Wild Card game. Up to that point, he was completing 67% of his passes with 2,995 yards and 19 touchdowns. Tannehill will be completely healthy going into the the 2017 season and much is expected for the QB who will make north of $20 million this season. Every quarterback needs a reliable run game and that is what the Dolphins have with third-year back Jay Ajayi.

After a quiet rookie season, Ajayi kicked the door in on his sophomore season with 1,272 yards and eight touchdowns. Earning a Pro Bowl appearance capped off a surprising season for Ajayi. What can he do in year three is the big question. The offensive line will look a little different with the team moving on from veteran Branden Albert. Which means Laremy Tunsil will slide to the left tackle spot and protect for the next several seasons.

In a defense that had very little positivity to go off of, defensive linemen Ndamukong Suh and Cam Wake were the main bright spots for the unit in 2016. The two combined for 63 tackles, 16.5 sacks, and constantly harassed opposing offenses. The team sorely missed safety Reshad Jones, who missed most of the the season with a rotator cuff injury. Having the aggressive safety in the lineup will make things a little easier for the Dolphins defense. Getting more from the linebacker corps seems to be a key emphasis this offseason. If the team has to rely mainly on their current corps, the defense may not take the necessary step this season.

No one expected a 10-6 season from the Dolphins. If anyone did, it was mainly those who live within the city itself. Now that they reached that benchmark, more is expected. A team that has youth pretty much everywhere now has to take that next step as a franchise.

A healthy Tannehill, Jones, and a receiver corps in Devante Parker, Jarvis Landry, and Kenny Stills is a nice start. Landry is one of the better slot receivers in the league. His playmaking ability along with the progression of Parker will open things up for Ajayi. It will also be up to the front office to fix the holes on defense. Adding skill to the linebacker corps and getting another pass rusher to team with Wake and Suh are at the top of the list. The Dolphins as a franchise pose the biggest “threat” to the New England Patriots at the time being in the AFC East. Gase did an admirable job in 2016. The ultimate outlook is fairly bright in sunny South Beach.