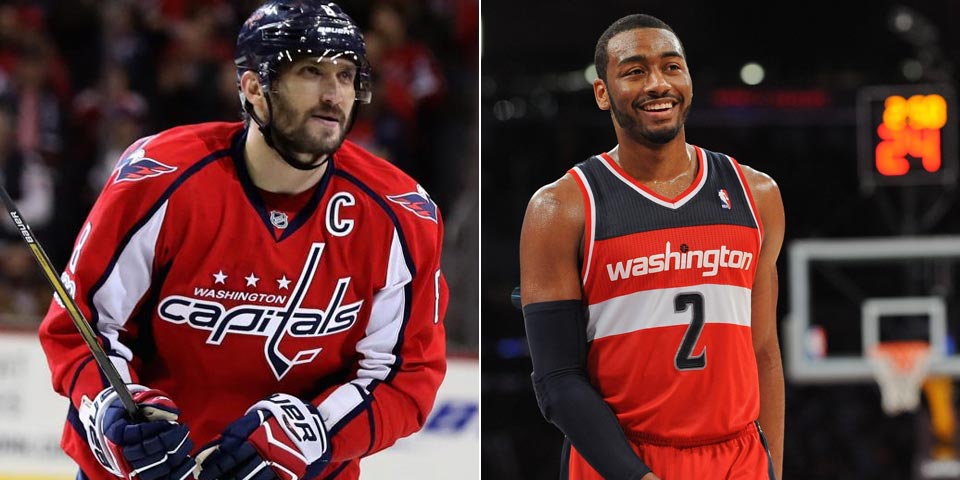 Year after year, April after April, DC sports fans get hyped up for the playoff runs of the Washington Wizards and Washington Capitals.

Been there, done that

This year that buzz around the region just doesn’t exist. This could be a testament to the Caps and Wizards both having sub-par regular seasons.

After going through a game seven loss to the Pittsburgh Penguins in the second round on home ice, there was no way DC fans could have felt any lower. That was until the Wizards lost to the Boston Celtics five days later…..in game seven…in the second round.

The definition of insanity is “to continue to do the same thing over and over again while expecting a different result.”

DC sports fans may finally be proving to everyone that they aren’t as insane as in past years.

The Wizards may have had the most turbulent season in the NBA; making national headlines on separate occasions involving incidents that included players admitting that they were playing down to the level of the opponents when facing sub .500 teams, as well as a period of time in which players made comments inferring that the team was better off without John Wall, who was injured at the time.

As for the other major professional team that occupies the Capital One Arena, the Capitals have had a goalie battle for the majority of the season and after Philipp Grubauer only being named the starter for game one of the Eastern Conference Quarterfinals; it seems that there is no permanent resolution in sight. Grubauer started the season as the backup goaltender, but has emerged as the most productive net-minder for the Caps following a less than stellar season from the 2016 Vezina trophy winner (NHL’s best goaltender) Braden Holtby.

Maybe this is the year. Fans are walking in to this post-season with low to no expectations, so this would be the year that fans are rewarded for their dedication. After second round playoff exits year after year after year, making it to the Conference Finals may be enough to incite a parade in the nation’s capital.

The Wizards haven’t made it past the Conference Semifinals since the 1978-1979 season. In order to break the 39 season drought they will have to do so from the eighth seed of the Eastern Conference after holding the third-seed as late February.

The Capitals are coming into this year’s Stanley Cup Playoffs as the sleeper team to make it out of the Eastern Conference according to most outlets. That would be the perfect position to be in for any other team, but after finishing tied for sixth in the league in points (they led the league in points two of the past three seasons), the Caps shouldn’t want to be on anyone’s radar. Let them go out and just play hockey minus any expectations.

The Capitals begin their post-season Thursday night at Capital One Arena against the Columbus Blue Jackets. The Wizards’ playoff journey will begin across the border vs the Toronto Raptors on Saturday.

No matter what transpires over the next month of playoffs for both teams, when the time comes next season we will be ready and fully supporting our city like the post-season before never happened. It’s what we do, it’s who we are, it’s life as a DC sports fan.
More predictions and analysis at Doc’s Sports.