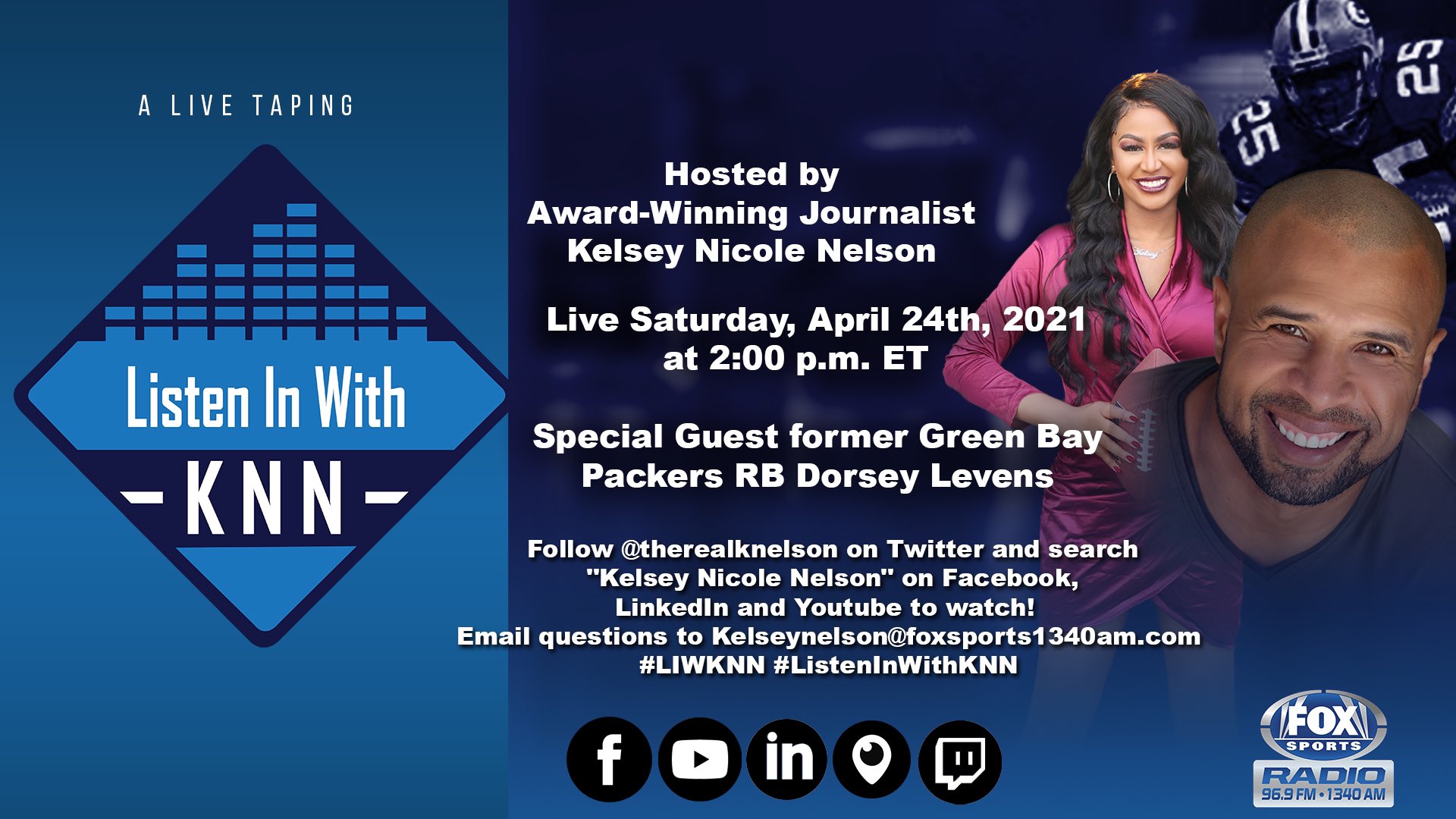 On the latest episode of Listen In With KNN on Fox Sports 1340AM, host Kelsey Nicole Nelson welcomed former Green Bay Packers running back Dorsey Levens to the show.

His football life began in Syracuse, New York where it was a tight knit community. When Levens was around eight years old, he noticed a kid at the end of his street playing Pop Warner Football and was starstruck by his uniform. After convincing his parents to play organized football, Levens was playing in little league football at nine years old and never looked back.

“I played running back right out the gate and wore number 33 because my name was Dorsey. You couldn’t tell me I wasn’t Tony Dorsett. From there, I’ve always been a very active kid,” he said.

When Levens attended Nottingham High School, he was an All-American on the football field and on the basketball court. He would also play in the local parks with other kids to keep himself in shape.

“For me, I played more basketball (than football). It’s hard to get together 22 people on a field to play football. When you go to the park, you can get five-on-five anywhere anytime. That was my big thing,” Levens said.

The Syracuse native was a straight A student and got a scholarship offer from Harvard University. However, Levens decided to attend Notre Dame because of its athletics and academics. While in South Bend, he beat out future NFL Pro Bowlers Jerome Bettis and Ricky Watters to be the team’s starting running back position until injuring his knee before the season started.

He transferred to Georgia Tech after his sophomore year. After sitting out a year due to NCAA transfer rules, Levens averaged 7.2 yards per carry during his senior year and was named to First-Team All-ACC.

After his collegiate career came to an end, he was selected by the Green Bay Packers in the fifth round of the 1994 NFL Draft. Levens was 18th running back chosen in the Draft, which added extra motivation to prove the talent evaluators wrong.

“The whole experience in Green Bay was a blessing in disguise because I thought it was the worst thing that could’ve happened to me on Draft Day. It turned out to be the best thing that could’ve ever happened. If I had gone to New York (Giants), I wouldn’t have been mature enough to handle it. Green Bay was the perfect setting to focus on one thing: football,” he said.

Levens started out his career with the Packers as the starting fullback but later switched to halfback. In 1996, the team won their first Super Bowl title in 29 years led by quarterback Brett Favre. Levens would have two 1,000 yard rushing seasons, a Pro Bowl appearance and was inducted into the Packers Hall of Fame.

After being released by the Packers in 2002, Levens signed with the Philadelphia Eagles and took acting classes at the same time. He spent the following season with the New York Giants before going back to the Eagles for his last season in 2004.

With the 2021 NFL Draft taking place from April 29th to May 1st, Levens hopes that the players coming into the league take their profession seriously.

“You’re here to play football and that should be your number one priority. When you get there, you have to play hard and know what you’re doing. It’s six days a week and you’re expected to know everything because there’s no room for error. You find out very fast that this is a business.”