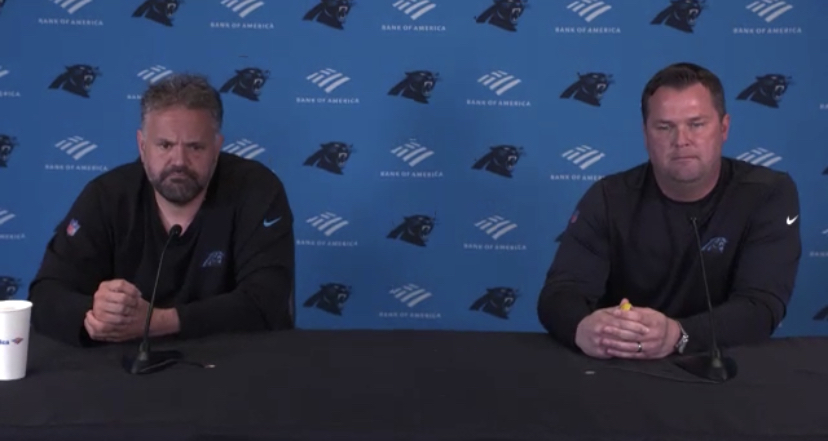 Carolina Panthers GM Scott Fitterer and head coach Matt Rhule met with media on Friday ahead of next week’s NFL Draft.  Topics of conversation included quarterback Teddy Bridgewater, wide receiver DJ Moore, and draft prospects.  Question marks have surrounded Bridgewater since the end of the regular season.  On Friday, Fitterer would only only say, “Teddy’s a part of our team right now; and that’s where we’re at.”  The Panthers signed Sam Darnold just last month.

Moore is entering his contract year and Fitterer said that his fifth-year option is something the team will address following the draft.  As for what will take place next week in Cleveland, the Panthers currently have about 155 prospects on their draft board and have a particular quarterback in mind if he is available when the team picks eighth.