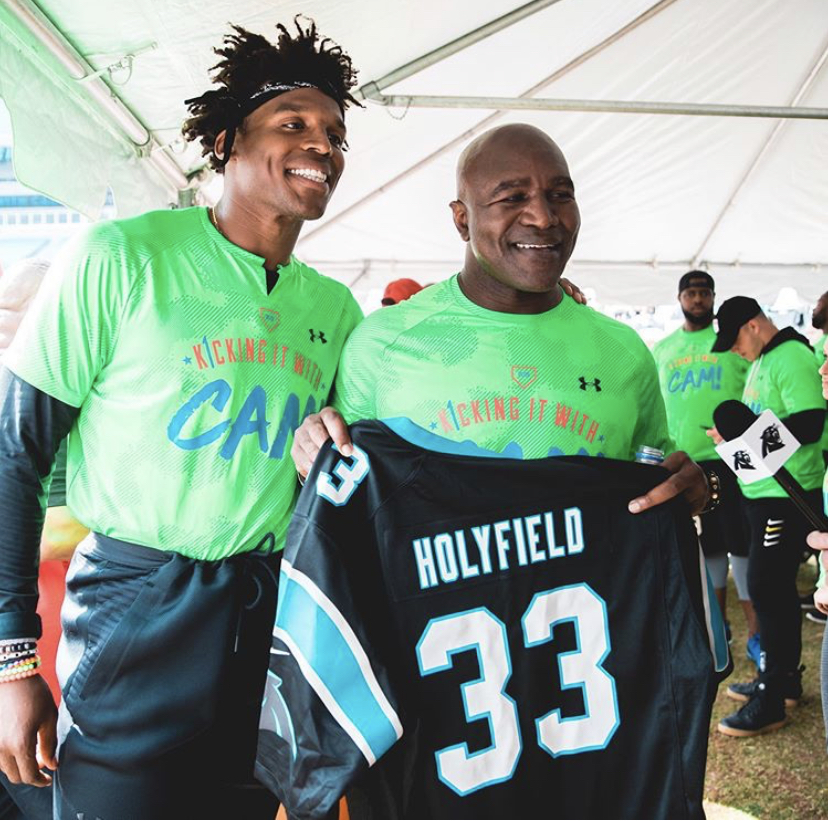 Carolina Panthers quarterback Cam Newton kicked off his 30th birthday weekend with his annual “Kicking It With Cam” event held at Bank of America Stadium. If there was any doubt about the fan base’s allegiance to their MVP signal caller, all remnants vanished on Friday afternoon. Engaging the crowd as always, Newton hammed it up to chants of “We Want Cam!” from the fans in the stands.

Among those in attendance were former Panthers Josh Norman, now with the Washington Redskins, and Thomas Davis, now with the LA Chargers. Davis is still a fan favorite having played 13 seasons with the Panthers and maintaining an active presence in the community. Several of Newton’s teammates including Donte Jackson, DJ Moore, Curtis Samuel, Efe Obada, Torrey Smith, Christian McCaffrey, and Luke Kuechly made it out to show their support. Former NBA stars Anthony Morrow and Josh Powell also came out to participate in the festivities. Newton even got boxing champ Evander Holyfield to flip his allegiance for the NFC South foe Atlanta Falcons over to the Panthers. It didn’t seem too hard of a task as Holyfield’s son, Elijah was on the Bank of America campus attending rookie mini camp. The Roaring Riot surprised Newton with a special “Happy Birthday” message while wearing shirts emblazoned with the quarterback’s signature font. Flip through for photos from the event.