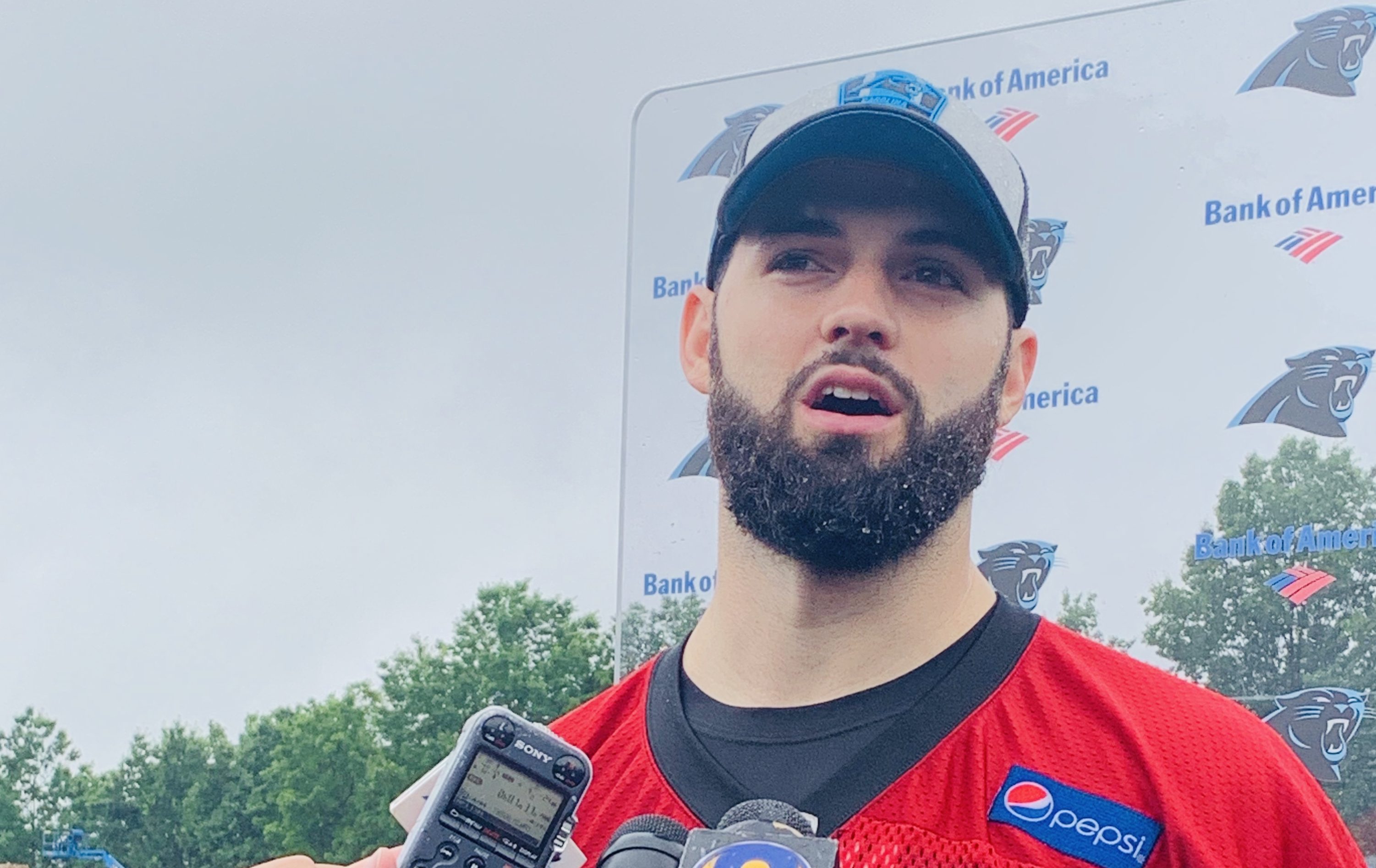 The Carolina Panthers rookie minicamp got underway Friday morning under, of course, rainy conditions. As construction continues on the new practice bubble, the Panthers rookie draft picks and other undrafted free agents took the field for minicamp. Following practice and a joke from Ron Rivera on the predictable Friday practice rain, it was time to hear from some of the players.

One of those players was third-round draft pick, quarterback Will Grier. Grier is the first quarterback the Panthers have drafted since taking Cam Newton at No. 1 in the 2011 draft. With Newton rehabbing after undergoing a second shoulder surgery in the last three years, Grier’s selection took on a different meaning to some fans and media. While some welcomed the selection of a viable back-up in the event that Newton has to miss any parts of the season; others saw Grier as a threat to replace the veteran and former MVP.

When the Charlotte native was asked how he has dealt with the rumors and manufactured controversy, Grier stated that he is focused on doing what he needs to do to help the Panthers win football games first and foremost.

The rookies are back at it this afternoon for a second session. On Thursday, the team announced that it had signed five their seven draft choices – Grier, Christian Miller, Jordan Scarlett, Dennis Daley, and Terry Godwin.