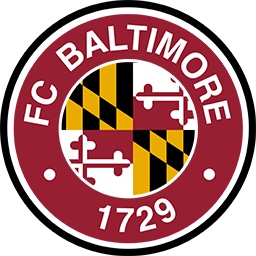 FC Baltimore will hold their final open tryout for the their inaugural season on May 6 from 7-9 p.m. at Eastern Park Turf Field in Middle River, MD.

The registration for the tryout costs $50. Every participant in the tryout will receive a t-shirt. All ages are welcome to the tryout, while minors (ages 17 or younger) are required to have a parent or legal guardian present.

Participants are advised to arrive at Eastern Regional Park Turf Field at least 30 minutes early to warm-up and check-in. They are expected to bring a water bottle, shin guards and an inflated soccer ball.

Their roster currently consists of the following players:

Mendes is the most recent signing for FC Baltimore. He was named the Gatorade National High School Player of the Year in 2016, playing high school soccer at Washington-Lee High School.

“Lucas is the sort of player you can build a team around,” said Director of Soccer Operations Alex Lubyansky on March 21. “His attacking prowess is unmatched, and we are committed to showcasing his talent this summer in order to earn him a professional contract and a serious look from the US National Team staff.”

The coaching staff consists of the following members:

FC Baltimore kicks off their inaugural season on Friday May 11 at 7 p.m. in a home game against DC United U-23. There matches will be streamed here on FOX Sports 1340 AM, the official online partner of FC Baltimore.