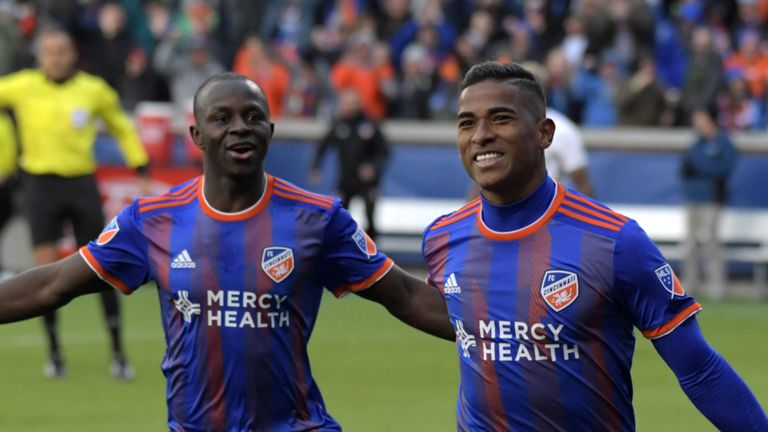 FC Cincinnati, who have currently scored the least goals (10) in the MLS Eastern Conference this term and have conceded 18, remain level on points with bottom side New England Revolution, albeit remain one from bottom in part to a superior goal difference.

FC Cincinnati, however, could indeed potentially leapfrog above Orlando City SC into 10th place this Sunday with a much-needed win in Orlando, Florida. Orlando City SC are presently just one place above FC Cincinnati in the MLS Eastern Conference and could see both respective side switch positions with an Orange and Blue victory. Orlando City SC have won just twice in their last seven league games and have conceded 13 goals during this stretch.

Before FC Cincinnati’s forthcoming encounter away against Orlando City SC at the Orlando City Stadium this Sunday, FOX Sports Radio 96.9 FM/1340 AM’s Dean Perretta briefly caught up with FC Cincinnati and Costa Rica star, Allan Cruz, to discuss the Orange and Blue’s ambitions and targets to turn around their slow start to the season, Cruz’s life in the United States since arriving from Costa Rica, as well the Costa Rica forward’s expectations for Los Ticos at the 2019 CONCACAF Gold Cup this summer.