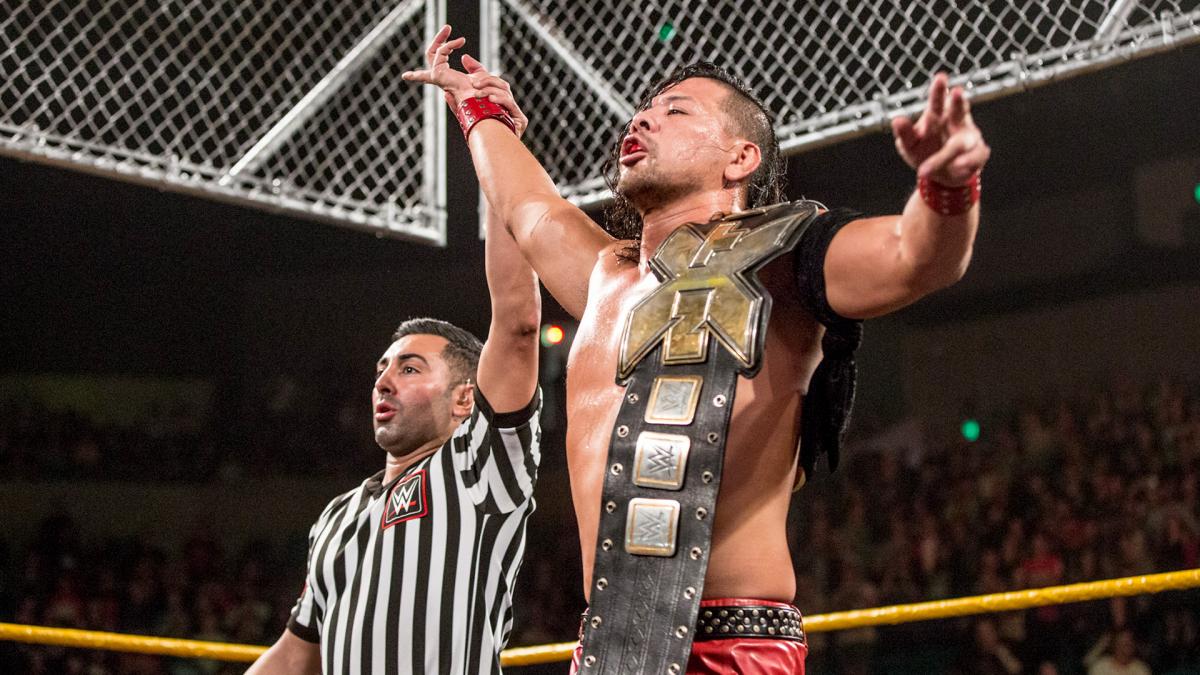 NXT Champion Shinsuke Nakamura defended his NXT Championship against Samoa Joe in their final chapter inside a steel cage. Joe looked for revenge as he lost the NXT Championship the prior week. These two world class wrestlers went to war and they left it all out in the ring as Nakamura and Joe delivered another instant classic. Nakamura hit Kinshasa on Joe while he was on top of the middle rope it took Nakamura three Kinshasa’s on Joe in order to retain his NXT Championship.

This week episode focused heavily on crowning a new number one contender for the NXT Championship. The winners of their respected four matches would advance to a Fatal 4-Way Match next week. The first match was Tye Dillinger against SAnitY’s very own Eric Young. I was really looking forward to this match between two underrated wrestlers. This match was ruined due to the interference of Nikki Cross as she jumped on Dillinger. This resulted in Dillinger getting the win via a disqualification. Once again Big Damo sent another message to SAnitY and he delivered a beating to Dillinger. In a decent match Andrade “Cien” Almas’ continued to showcase his darker side against No Way Jose, Almas delivered a unique DDT which I have never seen before for the win. Samson was very impressive and aggressive on Strong for the majority match. Samson held his own against Strong as he is one of the best wrestlers in the world. Strong hit a gutbuster followed by a Sick Kick which is a running boot to the face of Samson for the victory. The final spot came down to Bobby Roode against Oney Lorcan. The glorious one had a tough test against the hard-hitting Boston native Lorcan. Roode was able to survive against Lorcan as he hit a Spinebuster which was followed by a DDT on Lorcan. The glorious one will compete in next week’s Fatal 4-Way elimination match against Tye Dillinger, Andrade “Cien” Almas and Roderick Strong to determine a new one contender to Shinsuke Nakamura’s NXT Championship.