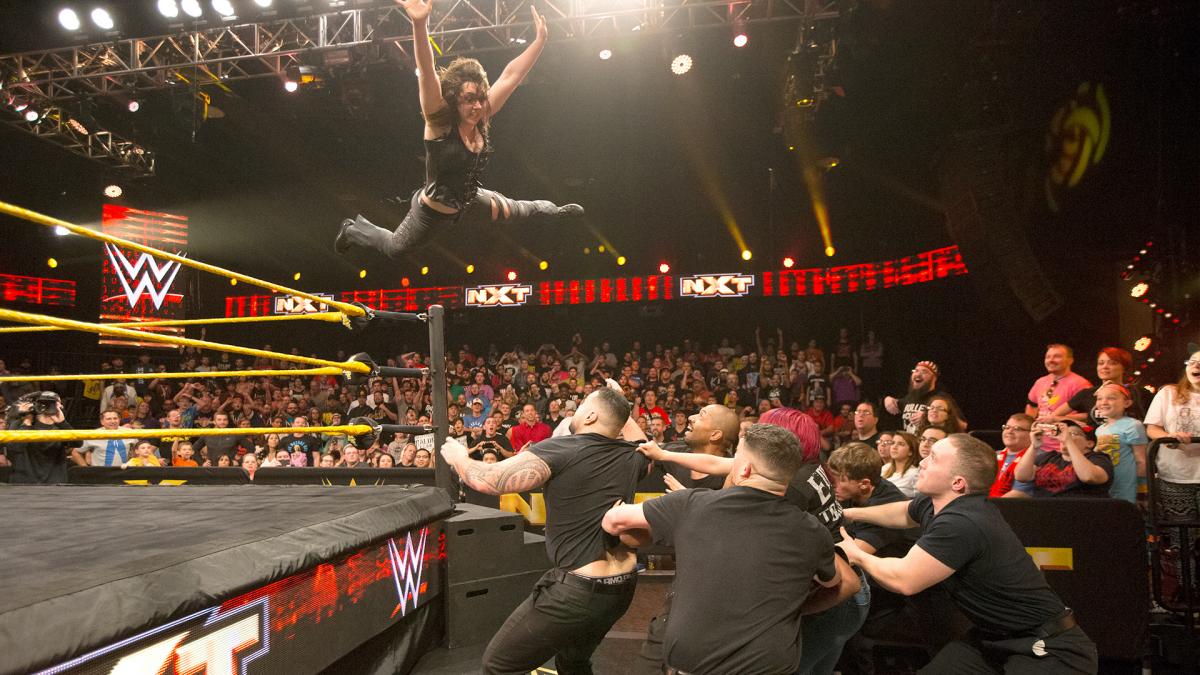 NXT last night was a decent episode it was surprised that it was better due to the fact that it was the last show before NXT TakeOver San Antonio. The undefeated Ember Moon took on the Liv Morgan and the winner of this match would be in line for an NXT Women’s Championship. Morgan held her own against the unorthodox Ember Moon. Moon was too much to handle for Morgan. She hit the Eclipse on Morgan and nobody gets up from that. No Way Jose vs. Kona Reeves

No Way Jose took on Kona Reeves this feud started when he left Reeves to be attacked months ago in Toronto. Therefore they battled their differences in the ring. There is a lot of potential for Reeves he is talented and the momentum was going back and forth. No Way Jose connected with a pop-up punch for the win. After the match, Elias Samson came out and interrupted No Way Jose. Jose came up with his own song for the drifter. “Just drift away chants which were followed by a right-hand punch. The leader of SAnitY Eric Young took on Chris Atkins. Young made sure that he sent a message to Tye Dillinger. Young picked up the win via a wheelbarrow Neckbreaker he stated that Dillinger made the wrong choice. The lasting image of NXT was when all four women that will complete for the NXT Women’s Championship met all in the ring. Billie Kay and Peyton Royce attacked Asuka and Cross from behind. However, it was eventually down to Asuka and Nikki Cross. There was a lot of security that was sent out to stop both women. However, that did not work because nothing could stop Asuka and Nikki Cross from beating up each other. Nikki Cross proved that she is psycho as she jumped off the top rope to take out Asuka and the security guards.

All photos were from the WWE