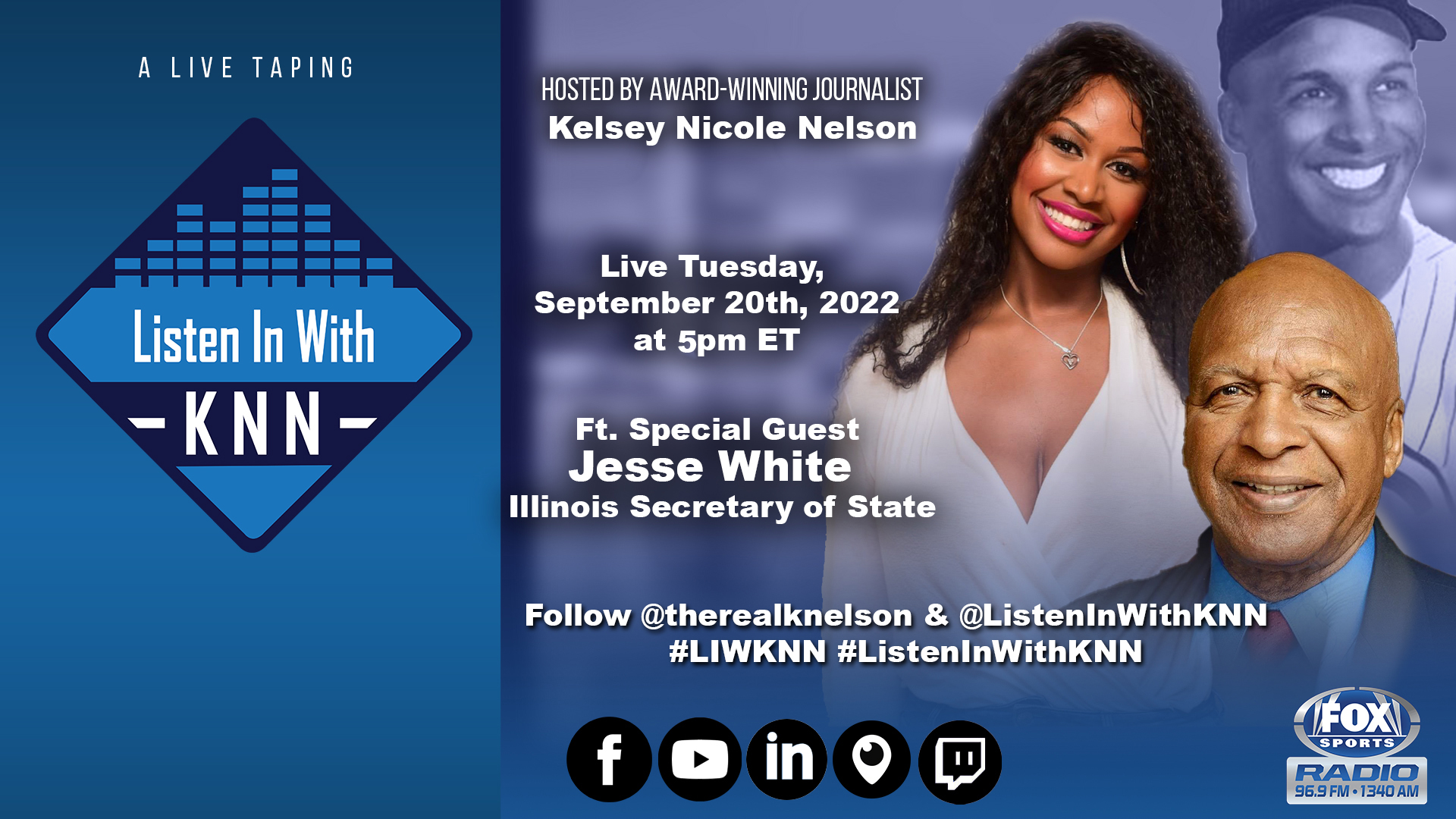 On one of the latest livestream editions of “Listen In With KNN” sports talk radio show and podcast presented by FOX Sports 1340AM/96.9 FM,executive producer and host Kelsey Nicole Nelson was joined by retiring Illinois Secretary of State Jesse White.

Jesse White was Illinois’ 37th Secretary of State and served as the longest serving secretary of state holding the position since 1998. White announced his retirement in 2021 and will go down as Illinois’ first Black Secretary of State. When asked about this historic feat, White said, “I can’t believe the people of Illinois reelected me six times.“I’ve been in office for 24 years and I can’t thank the people of Illinois enough.”

White began to elaborate on his initial love for politics and how he knew he wanted to hold a seat in the office one day.

“I didn’t have the initial desire to run for office. My godfather George Dunn brought up the idea,” White said. “After a successful ski trip and going through 12 hills without falling, I realized that if I can handle this I can handle a political race.”

Going beyond politics and in an effort to give back to the community, in 1959, White founded the Jesse White Tumblers, a nationally known gymnastics team that has produced more than 18,000 kids in the last 64 years. This foundation was created as a positive alternative for the youth to stay off the street. Nelson asked White about the impact this organization has had on his life and the others he’s touched.

“I believe when you get it you give it back and you must do something good for someone every day,” White said. “With these children out of the 18,000 we‘ve brought in over the years, only 15 have ever got in trouble with the law because we want them to be positive lights in the world.”

Before his political career, White earned his Bachelor of Science from Alabama State College (now Alabama State University) in 1957. There he was a two-sport athlete earning All-Conference honors in both baseball and basketball.

During his college tenure, segregation was at an all-time high and being from Chicago which was an integrated area, White explained to Nelson about the adjustment to going to school in the South was like at that time.

“I can remember getting on the bus and sitting right behind the bus driver and other Blacks trying to get me to sit in the back,” White said. “The bus driver then looked at me and told me I was sitting on the wrong part of the bus and threatened to tell law enforcement. I never made that mistake after that.”

White was a very talented athlete playing professional baseball for seven seasons (1959-1966) with the Chicago Cubs organization as a center fielder, where he had a .291 lifetime batting average, was elected to two All-Star games. He was also twice voted most popular player for the AAA Salt Lake City Bees.

“After college, I was the only African American selected out of 300 athletes to play for the Cubs at the time,” White said. “They signed me to a contract and I was scheduled to go to spring training and as it turned out, instead of Spring training I went to basic training and going to jump school.”

White served the country as a paratrooper in the U.S. Army’s 101st Airborne Division and as a member of the Illinois National Guard and Reserve.

To read more about Secretary White’s journey check out the full interview here.