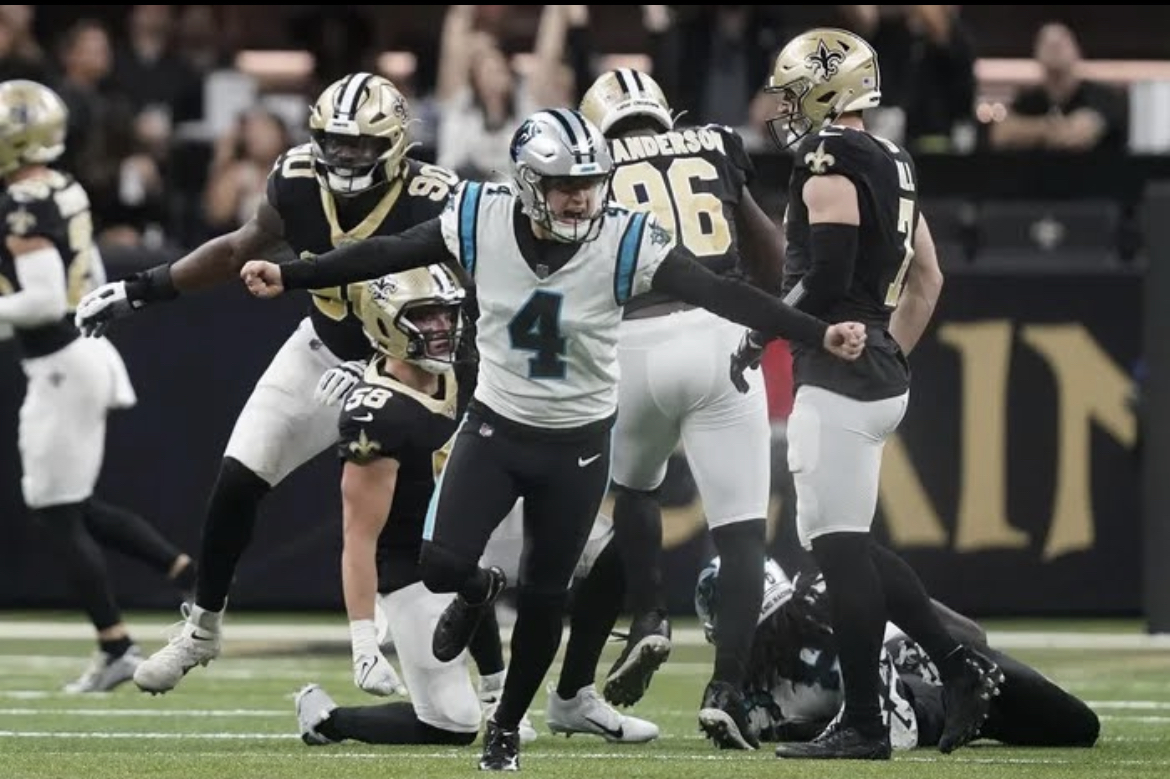 With the postseason not a possibility, the Carolina Panthers traveled down to the Big Easy to close out the 2022 season. Sitting 3-2 in the division, the Panthers took on the New Orleans Saints with hopes of finishing 4-2 in the NFC South and making a case for interim head coach Steve Wilks to be in strong consideration for the full-time gig.

The Saints struck fast and first, scoring on their first possession when quarterback Andy Dalton connected with Chris Olave on a 25-yard touchdown pass to take a 7-0 lead. That would be the sole bright spot for New Orleans for the afternoon. Their remaining first half possessions went like this: punt, missed field goal, turnover on downs, and fumble. Carolina didn’t fair much better on the offensive side of the ball and went into the half with a late second quarter interception and no points on the board.

Trailing 7-0, Carolina came out of the break and went on a 14-play touchdown drive that ate 8:15 off the clock. The first half of the drive was fueled by the legs of running back D’Onta Foreman who didn’t even make it to the end of the drive; he was ejected along with Saints defensive end Marcus Davenport after a scuffle on the field. Chuba Hubbard came in, converting on a number of third downs and the Panthers’ march continued. Quarterback Sam Darnold fumbled at the goal line on the keeper and the ball was recovered in the end zone by guard Michael Jordan for Carolina’s only touchdown of the day. Locked at 7-7, the fourth quarter saw both teams trade punts until Darnold threw his second interception of the day inside the 2-minute mark looking deep right for DJ Moore. Daniel Sorenson returned the ball to the Carolina 35-yard line. Kicker Will Lutz’s 55-yard field goal attempt was blocked by CJ Henderson, leaving the door open for the Panthers with 1:20 to play. Clock management was a bit shaky but a huge 21-yard grab by Terrace Marshall, Jr. put Carolina inside the 25-yard line. In a moment of redemption, kicker Eddy Pineiro, who had two late misses in a loss to the Atlanta Falcons early in the year, connected on the 42-yard field goal as time expired to give the Panthers the 10-7 road win.

Carolina improved to 7-10 on the season, 4-2 in the NFC South. After taking over in Week 6, Wilks finished the season 6-6 as focus shifts to the head coach vacancy and the NFL Draft.