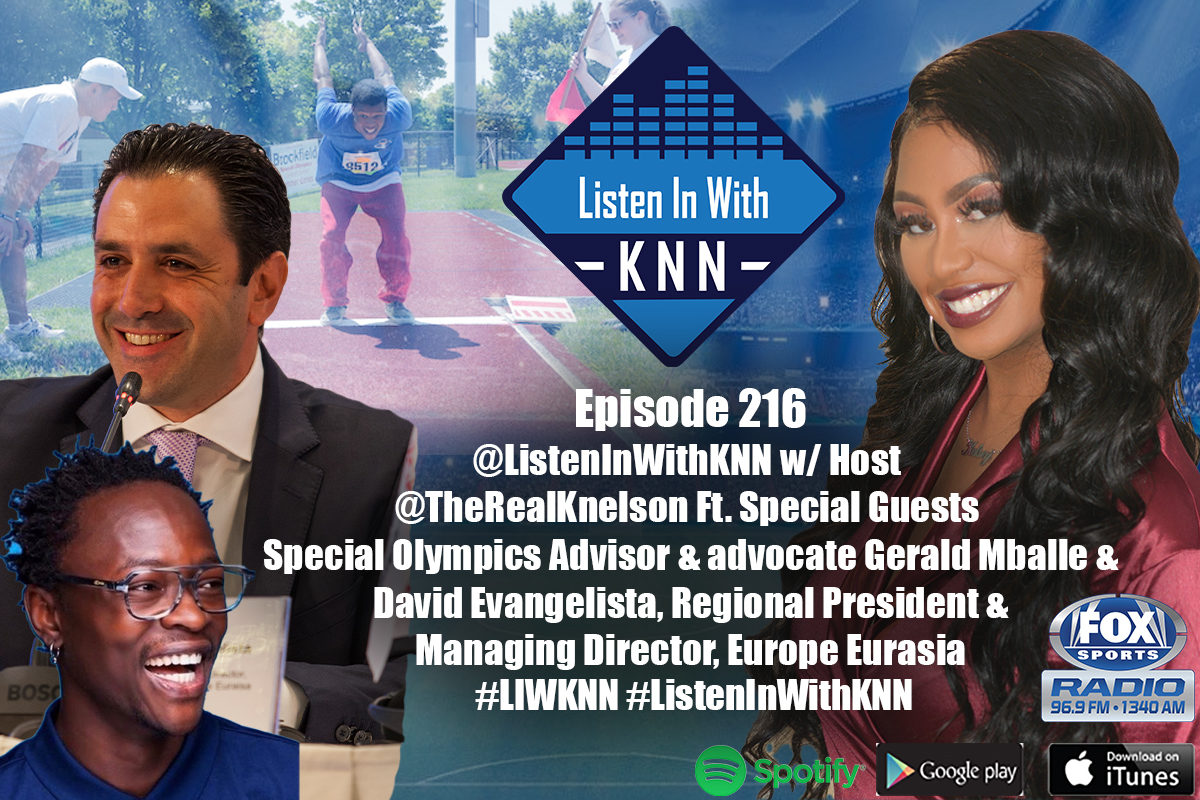 Special Olympics was founded in 1968, with a mission of striving to create a better world by fostering the acceptance and inclusion of all people.

In that strive, Special Olympic continues to provide emergency support to refugee children with intellectual disabilities and their families through its Unified with Refugees programming. Since it’s launch in 2016, the program has expanded to three continents.

Nelson began the show by asking Evangelista about the recent cooperative agreement signed with Norway’s Confederation of sports to increase the inclusive sports model that the Special Olympics lives by.

“We are thrilled to partner with the confederation of sports in Norway, one of our many partnerships that advance our inclusive sports models,” Evangelista said. “Inclusion is a contact sport so whenever we can team up with a government or community agency we are all in.”

A true honour to sign a cooperative agreement with Norway’s Confederation of Sport & share our commitment to development through sport for athletes of all abilities. Together, we look forward to strengthening our inclusive sports model #UnifiedSports worldwide! #ChoosetoInclude pic.twitter.com/p9hinpatpv

Evangelista who overseas program operations across 58 countries, helps to provide strategic direction and engagements while leading fundraising efforts across different regions in Europe. Nelson followed up by asking him what it’s like being in his role and how inclusion is incorporated into the work that they do.

“My job is fun. We understand that every athlete we touch, every community we inspire, every individual that we motivate to join we know that we’re making a difference and that is a fever I believe everyone wants to get,” added Evangelista.

Following his World Games experience, Mballe became the first-ever Special Olympics advisor in 2020 for the Unified with Refugees program. Mballe recalls the moment being a very great privilege and it made him reflect on his journey getting to this position.

“Being the fact I’m a refugee originally from Cameroon and was forced to leave the country at the age of 17, I have lived and seen some of the worst conditions possible,” said Mballe. “I migrated to Italy and dealt with language barriers and understanding a new tough area. That experience helped get an invitation to the Special Olympics and everything changed.”

In 2021, Mballe was awarded the Integration of Refugees through Sports award. He recalled the moment being one of his proudest as he reflected on the road he took to get where he is today.

“When you’re being recognized for a national award on this big stage it gives you a sense of desire to continue doing whatever I’m doing,” said Mballe.

Special Olympics Unified programs have expanded the mission for inclusion and community to some of the world’s most marginalized people. This year, Special Olympics has expanded outreach in Ukraine amidst the ongoing conflict with Russia. Evangelista shared that the region of western Europe and the European Union faced the largest migration crisis since World War II after Russia invaded Ukraine.

“When Russia invaded Ukraine in February of this year, we were very proud that the Unified with Refugees was an active platform with Special Olympics so we were able to help out and bring aid quickly,” said Evangelista. “Social inclusion is what brings us together in these tough times. Special Olympics was created to help all people and being a part of this call to action was special.”

Continuing to expand to reach more communities, Special Olympics launched refugee camps in Tanzania which led to the construction of seven unified

For information on Special Olympics and how to can get involved visit www.SpecialOlympics.org or on social media Instagram/Facebook/Twitter: @SpecialOlympics #ChooseToInclude

Check out the full interview here.