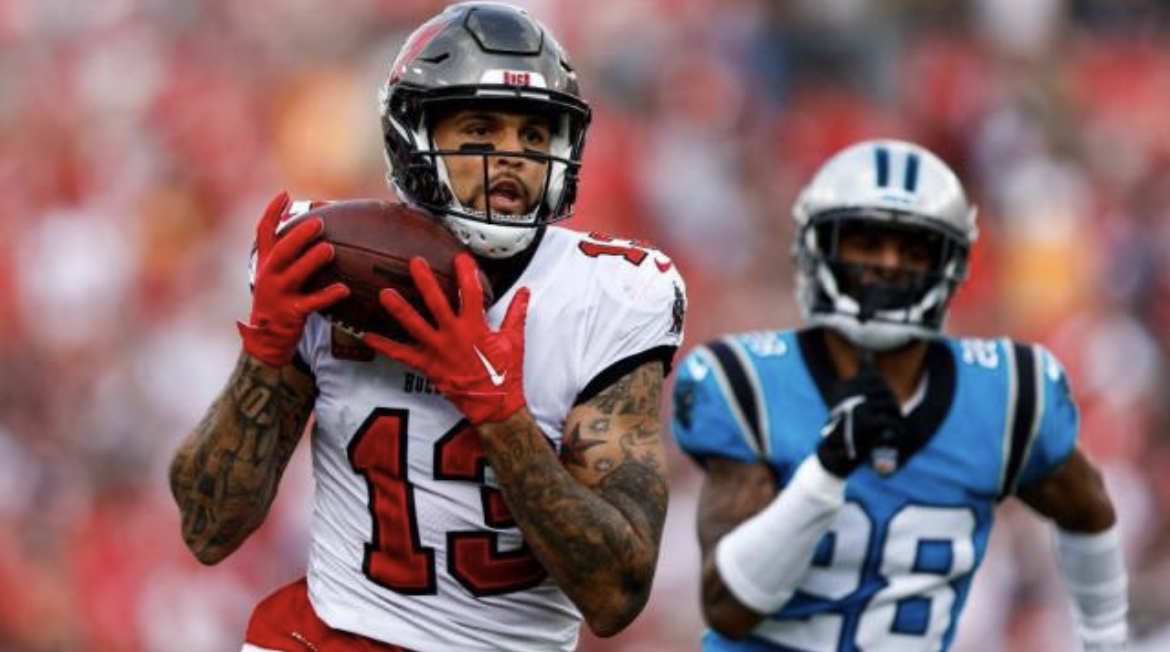 There wasn’t a lot of colorful language this week on Mint Street. Carolina Panthers interim head coach Steve Wilks said it best when he said that everyone in the building knew what they had to do. Win and stay alive or lose and go home – again. The Panthers haven’t so much as sniffed the playoffs since the 2017 season. Matter of fact, they haven’t played a meaningful December game since then. In a down year for the NFC South, Carolina found itself positioned for a chance to take the NFC South lead with a win over the Tampa Bay Buccaneers. Granted, the Bucs were 7-8 but they still have Tom Brady at quarterback. Although Brady is arguably no longer in his prime, a team with him on the roster is never truly dead in the water. Still, after starting 1-5, the Panthers have been playing some inspiring football.

Carolina struck first, capping a 6-play opening drive with a 17-yard touchdown strike from Sam Darnold to tight end Tommy Tremble for a 7-0 lead. On the Bucs first drive, Chris Godwin fumbled after a large gain and Xavier Woods recovered the ball at Carolina’s 33 yard line. However, the Panthers were unable to capitalize and the score remained 7-0. Darnold later found DJ Moore in the end zone for a 24 yard touchdown no 3rd-and-5 to go up two scores with 7:51 to play in the first half. The Bucs rattled off 10 unanswered points int he final two minutes to go into the half down only 4. Their only first half touchdown came in blistering fashion as Mike Evans beat Keith Taylor for a 63 yard scoring reception, putting him over 1,000 yards for the ninth consecutive season. On their next possession, Carolina turned the ball over when Darnold fumbled the snap at his own 13 yard line. Ryan Succop connected on a 22-yard field goal to make the score 14-10 in favor of the Panthers.

Tampa Bay got the ball first coming out of the break and was held to a punt. A promising Carolina drive was stunted when Darnold was intercepted at the 2 yard line by Sean Murphy-Bunting. The Bucs put together an impressive drive of their own but came away empty-handed when Yetur Gross-Matos blocked Succop’s field goal attempt. On the ensuing drive, a 47 yard reception by Moore set up a 19 yard touchdown reception by Shi Smith to make the score 21-10 with 14:50 to play. As mentioned earlier, you have to play all four quarters when facing someone like Brady and he reminded everyone of that with another bomb to Evans – this time a 57 yarder with CJ Henderson in coverage. Evans hit the hat trick, giving Tampa their first lead of the afternoon with a deep right end zone grab for 30 yards. He finished the day with ten catches for 207 yards. After a successful 2-point conversion, the score sat at 24-21 with 6:47 to play. Darnold’s second fumble of the day came on the Panthers next possession and Vita Vea recovered the ball on the 6 yard line; setting up a rushing touchdown for Brady on a quarterback sneak. Suddenly Carolina found themselves in a 9-point hole with less than two minutes to go and their playoff hopes dying more with every second.

They put up a valiant effort, adding a field goal by Eddy Pineiro to draw within six points with under a minute to play. The onside kick was unsuccessful but they still had one more shot. After a wild final play, complete with laterals and pitches, the Panthers saw their postseason hopes dashed with a final score of 30-24. The loss drops Carolina to 6-10 and they close out the season on the road next week against the New Orleans Saints.