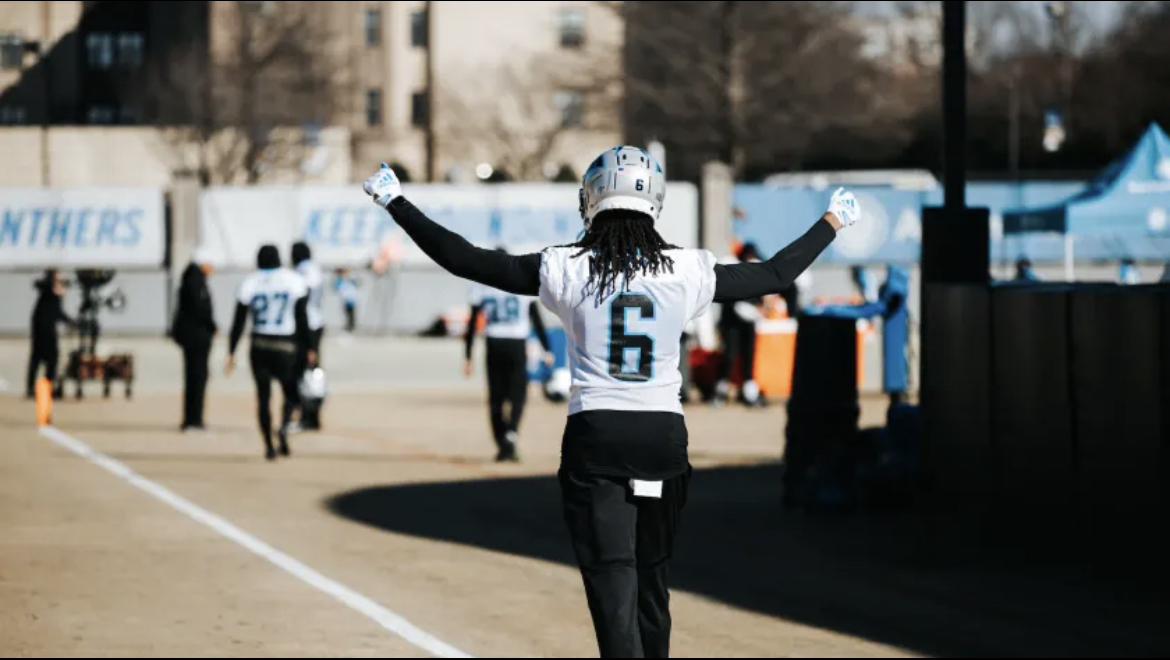 Josh Norman’s return to the Carolina Panthers in Week 17 came as a shock to many. “You couldn’t have written a better script,” says Norman – the self-professed “Black Knight.” Although he’d clearly been keeping in shape, he had spent this season – his first not on an active roster – sharpening his skills at his Atlanta coffee shop, Omni Coffee and Eggs. “I was just working. I was in the coffee shop working. It was pretty cool too. I was a barista. That’s a whole other story for another day,” said the 35-year old cornerback. He says he wasn’t necessarily working out hoping for another shot at the NFL after spending last season with the San Francisco 49ers. “This part (signing with the Panthers) was for me, it was just exciting because I knew it was only a matter of time,” he adds. “This came up and like I said, I couldn’t even write this script even better than what it is.”

The Panthers drafted Norman in the fifth round of the 2012 NFL Draft and he spent the first four years of his career in Charlotte, helping Carolina reach the Super Bowl in 2015. Contract disagreements led to the first-team All-Pro becoming an unrestricted free agent and he signed with the then-Washington Redskins. The 5-year, $75 million contract made Norman the highest paid corner in the league. After four years in Washington, Norman spent a year in Buffalo and last season in San Francisco. He says it’s “truly an honor” to be back where it all started. “This place grew me up; it grew me up a lot.”

Norman’s return is reminiscent of Cam Newton’s return last season in a sense. However, the stakes are much higher. Despite their 6-9 record, the Panthers are still in play to win the NFC South division, and a spot in the playoffs. First, they have to get past Tom Brady and the Tampa Bay Buccaneers again. No one expects the 2015 version of Norman; but fans can take solace in the understanding that the Panthers aren’t facing the 2015 versions of Tom Brady, Mike Evans, or Julio Jones either. Carolina’s win over the Bucs earlier this season came without starting cornerback Jaycee Horn, and this win would likely be the same. The difference is that they did have starting cornerback Donte Jackson, who was lost for the season due to an Achille’s tear in the team’s Thursday Night Football win over the Atlanta Falcons. What started out as arguably the deepest position on the team, the cornerbacks room has been riddled with injuries all season long. The verdict is still out on Horn who had surgery on Tuesday for a broken wrist. Interim head coach Steve Wilks said on Wednesday that although Norman is in shape, he’s not in game shape. Second year corner Keith Taylor, Jr. will likely start opposite CJ Henderson.