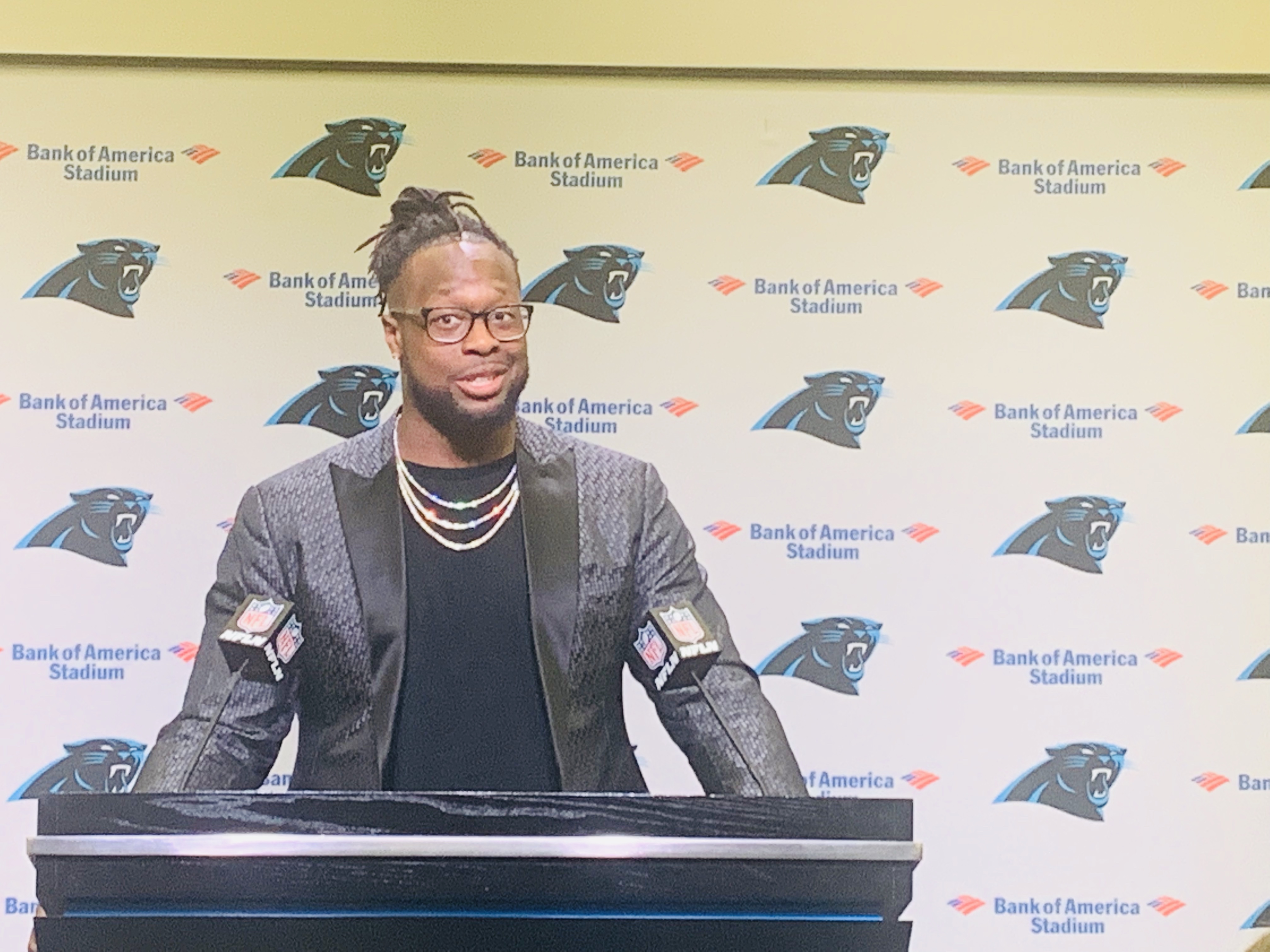 Gerald McCoy was released by the Tampa Bay Buccaneers after spending his entire nine-season career there. The 6-time Pro Bowler didn’t sulk; instead he embraced the opportunity to start fresh elsewhere in the NFL. After all, this is his year of “transition”.

That somewhere else happened to be the Bucs’ NFC South divisional foe, the Carolina Panthers. The announcement that McCoy had chosen the Panthers over the Ravens and the Browns came less than an hour after reports that the Bucs had given new defensive tackle Ndamukong Suh the #93 jersey that McCoy had previously worn.

When asked about whether the perceived slight played a part in his decision, McCoy was adamant that it had not. Following his first practice as a Panther on Monday, McCoy spoke with NFL Network Insider Ian Rapaport where he expressed gratitude to the Bucs organization and insisted that there are really no hard feelings.