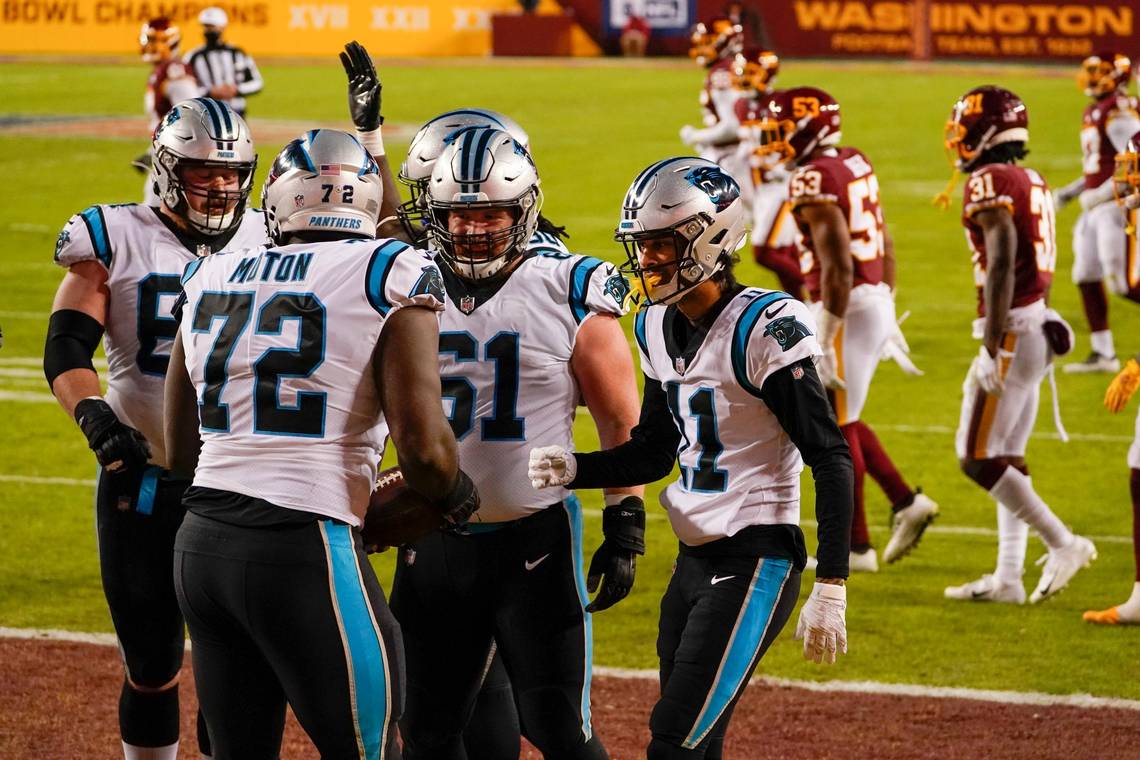 Landover, MD- With a division championship on the line against an opponent who has lost 8 of their last 9 games, Washington gave its’ worst performance since October in a demoralizing loss to the Carolina Panthers 20-13. Dwayne Haskins put in a horrible performance, the rest of the team looked flat and disinterested. And yet some how Washington will still control its’ playoff destiny next week against Philadelphia.

Haskins, who had a bad week off the field, had an even worse week on the field. Haskins finished with 14 for 28 for 154 yards, two interceptions, a fumble lost, and was sacked twice. Haskins was eventually benched in the 4th quarter after being sacked on a 4th down, where he missed a wide open Cam Sims. The backup Taylor Heinicke, came in and had two solid drives, converting the second one for a touchdown. Certainly it looks like Haskins, barring some unforeseen occurrence, has played his last snap in Washington.

Outside of the quarterback position, other players contributed to the loss as well. Stephen Sims muffed a punt that gave the Panthers their first touchdown after their offense had been pretty much stymied. Then Haskins turned the ball over on some terrible interceptions. The safeties gave up deep passes on 3rd downs. Receivers dropped passes that should have been caught. The defense allowed long drives. This was a total team loss.

On the good side, Antonio Gibson came back from his turf toe injury and was solid on the ground gaining 61 yards on 10 carries. Unfortunately for Washington, the game started to get out of hand and the team abandoned the run. JD McKissic had a quiet first half but got involved in the second half ending up 8 receptions for 77 yards and a touchdown. Chase Young ended up with four tackles a sack, a forced fumble, and continues to be a disruptive force.

This was a wasted opportunity to clinch the division but Washington still controls its destiny with a win over the Philadelphia Eagles. They cannot win the division however without winning next week. This team has been resilient all season and it will need to be once again to win the division.