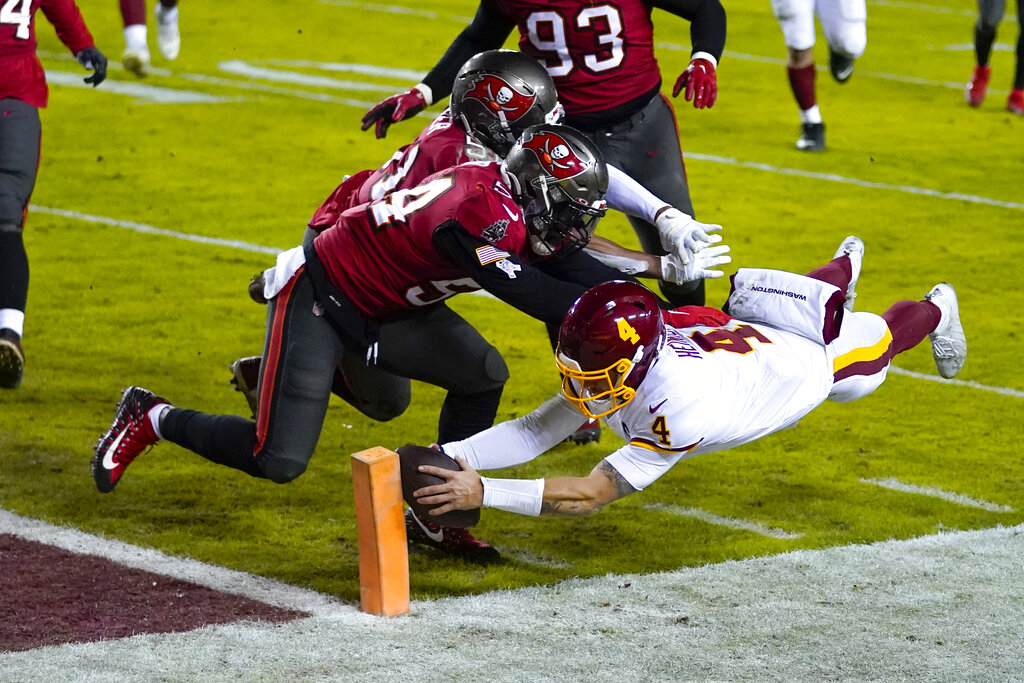 The Washington Football Team played an exciting game but lost to the Tampa Bay Buccaneers 31-23 at FedEx Field, in their Wild Card Playoff matchup. Washington did plenty of things well starting with a memorable performance from the starting quarterback Taylor Heinicke. With Alex Smith unable to play, Heinicke started and had a great game. Heinicke finished 26 for 44, 306 yards, one touchdown and one interception; while adding 46 yards rushing on six attempts and one ridiculous touchdown run.

The defense on the flip side put in their worst performance of the season. The defense gave up 507 total yards, 142 of those on the ground. Most of those rushing yards were right up the middle which was the strength of the defense. Tom Brady put on a masterclass of hitting receivers all over the field. Washington played a lot of zone and it was not cohesive at all in the backend. Too many times receivers were wide open and Brady had enough time to get it to them. Washington sacked Brady three times, but for too often Brady was able to throw the ball.

The offense still had problems running the ball. Heinicke was the team’s leading rusher which is never a good thing. Also there were a few drops from Cam Sims, Stephen Sims, and Isaiah Wright. Passes were right on the money and those drops had a negative effect on the team. With all that being said this team was in a one possession game with an all-time great quarterback and an explosive offense.

As Washington heads off into the offseason parts of this roster will need to be addressed. Everyone believes that Taylor Heinicke should be on this roster next season. The wide receiver and linebacker positions must be addressed. However the foundation of this team is set and the culture has truly changed. So for now Washington Football Team and it is fans should be proud of a good season and the franchise heading in the right direction.