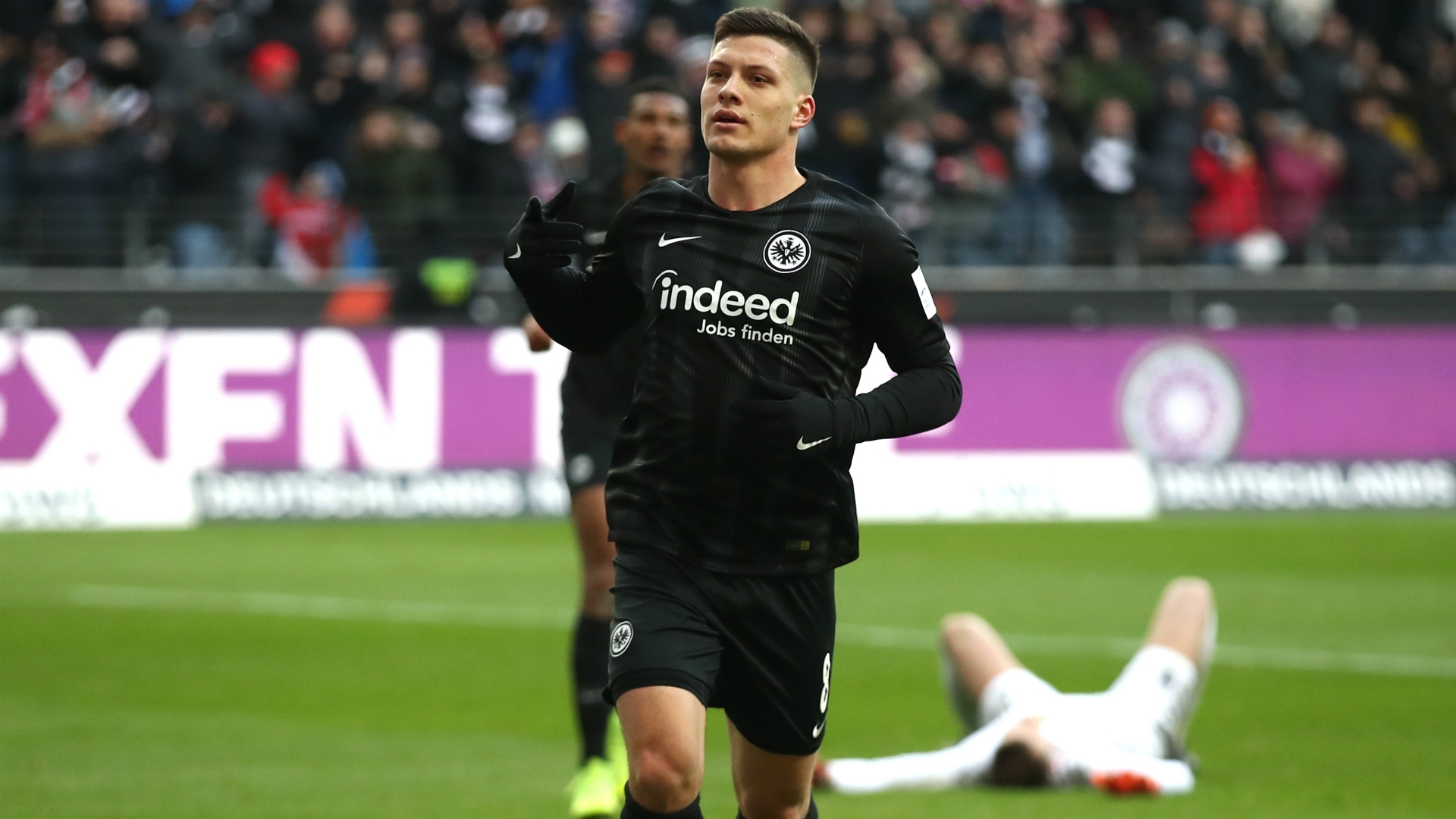 Adi Hütter’s Eintracht Frankfurt currently sit fourth in the Bundesliga with four games remaining until the end of the 2018/2019 season. Die Adler have registered 53 points this term and presently remain in contention for a third-place finish in the Bundesliga behind leaders FC Bayern München and trailing Borussia Dortmund in second place. Eintracht Frankfurt, who have scored 58 goals and have conceded 35 in the Bundesliga in the 2018/2019 season, currently remain eight points adrift from third place RB Leipzig and two points ahead of Borussia Monchengladbach.

Eintracht Frankfurt, who finished eighth in the Bundesliga last season with 49 points, qualified for the UEFA Europa League group stage and presently remain in a healthy position for UEFA Champions League action next season.

In the UEFA Europa League round of 32 knockout phase, Eintracht Frankfurt faced Ukrainian powerhouse Shakhtar Donetsk, which witnessed Die Adler winning 6-3 on aggregate. Eintracht Frankfurt drew 2-2 against Shakhtar Donetsk in the first leg at the Metalist Stadium in Kharkiv. However, in the pivotal second leg, the Bundesliga outfit emphatically defeated Shakhtar Donetsk 4-1 at the Commerzbank-Arena courtesy of goals from Real Madrid transfer target, Luka Jović, coupled alongside a brace from Sébastian Haller and a late strike from Croatia international, Ante Rebić.

Eintracht Frankfurt systematically defeated Serie A giants Internazionale 1-0 on aggregate in the UEFA Europa League round of 16.  Luka Jović was indeed again the catalyst for the Launische Diva as the in-form Serbia international forward’s solitary 6th strike settled the differences between both sides at the San Siro.

In the UEFA Europa League Quarter-finals, Eintracht Frankfurt defeated Primeira Liga giants Benfica via away goals rule. Eintracht Frankfurt lost the first leg 4-2 against Bruno Luge’s Benfica at the Estádio da Luz in Lisbon largely thanks to a hat-trick from Juventus and Manchester United transfer target, João Félix. However, Eintracht Frankfurt prevailed in the second leg with a 2-0 victory at home via strikes from Filip Kostić and Sebastian Rode.

Elsewhere, Eintracht Frankfurt’s four remaining Bundesliga fixtures are against: Hertha Berlin (April 27), Bayer 04 Leverkusen (May 5), 1. FSV Mainz 05 (May 12) and FC Bayern München (May 18). Die Adler have lost once in their last five Bundesliga fixtures and have dropped four points during this period.

Dean Perretta: Luka, Eintracht Frankfurt are currently in a position to secure UEFA Champions League action next season. However, can you touch on the remaining games for Die Adler and how important it is to maintain the levels of intensity and focus from this point until the end of the Bundesliga campaign?

Luka Jović: It’s really important to maintain the levels of intensity and focus because only then we can talk about success (in the Bundesliga and securing a spot in the UEFA Champions league). We have to give it our all at the very end. There’s no giving up.Dean Perretta: Can you talk about the current atmosphere and confidence levels within the club’s training camp?

Luka Jović: It’s a very good atmosphere and we are confident in our team (to succeed in the Bundesliga and in Europa League). We all have the same vision and that’s having good games. As I said, we are all giving everything we can and I believe we are on a good way (to achieve our targets).

Dean Perretta: What are your thought’s on Adi Hütter‘s football philosophy and tactical style from a players perspective?

Luka Jović: He is an excellent coach and it’s my pleasure to work with him. His strategy works with my style of playing and I’m satisfied (with the overall performances and our success in Europe).Dean Perretta: Can you touch on your own overall performance levels and goalscoring form in particular this season with Eintracht Frankfurt?

Luka Jović: I work very hard and I can tell it’s paid off. I’m grateful for the chance I have (at this club) and I think I’m using it right (to improve and help my team). Of course, we can always do better, so I’m going to try even harder next season.Dean Perretta: Lastly, can you share your thoughts on Serbia’s Euro 2020 qualifying group and, of course, what it would mean for the people of Serbia with regards to the national team securing a spot in the tournament next summer for the first time since FR Yugoslavia did way back at Euro 2000?

Luka Jović: It’s going to be tough (for Serbia to qualify for Euro 2020). We have a very good group (which includes Portugal and Ukraine), but I think we are ready to play with them (with the quality we have). It means the world to our people (in our country to qualify for Euro 2020). It’s a big deal. I hope we are going to fulfill expectations (with our performances).