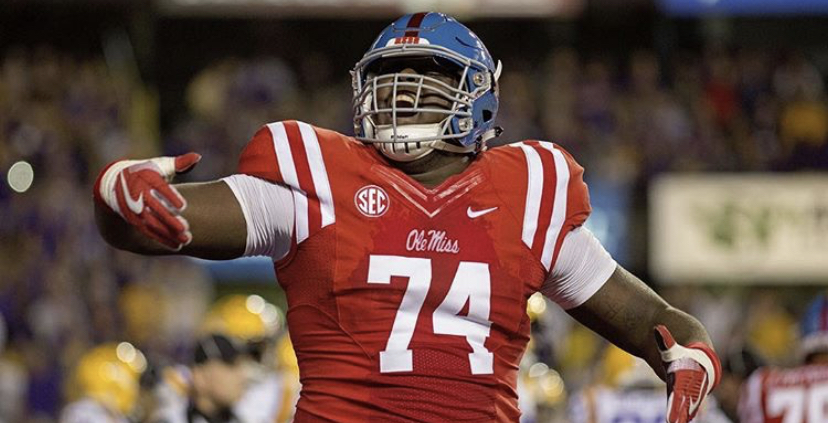 The mantra has been “Protect Cam Newton” and with the signal caller coming off of shoulder surgery for the second straight year, Marty Hurney and the Carolina Panthers took heed. The Panthers traded up 10 spots to draft offensive tackle Greg Little from Ole Miss. Little was high on the board to begin the second day, prompting Carolina to trade up from the No. 47 spot to secure him.

Little, a high school teammate of No. 1 overall pick Kyler Murray is expected to compete for a starting spot at left tackle. To grab Little, Carolina sent their No. 47 and No. 77 picks to Seattle. The move was worth it according Hurney.

We really like Greg. We had really good grades on him. The tackles were running off. As a matter of fact, after we took Greg, two picks later Buffalo traded up to the Raiders who moved back two spots, and Cody Ford went off. So there was a run, the run on tackles didn’t stop from last night, they were running. We didn’t think he had any chance to get to us. We had a chance to get a guy at a premier position that can come in and compete for playing time immediately and we think has all the skills to be our starting left tackle for a
long time. It was just, you know, there’s times to be patient and there’s times you just get the feel you better make a move and we felt like getting Greg along with Brian Burns, we have two guys that can come in and really compete from the get-go.

In his conference call, Little vowed to keep Newton safe. “I’m fired up. I take pride in pass pro and keeping people safe. I’m going to keep him safe. That’s my job.
And open up holes. That’s my job, man.” Little also believes that he is a true franchise left tackle and the competition on the offensive line will be refreshing for a team that has struggled to keep a healthy offensive line and saw four quarterbacks go under center over the last three games of the season.