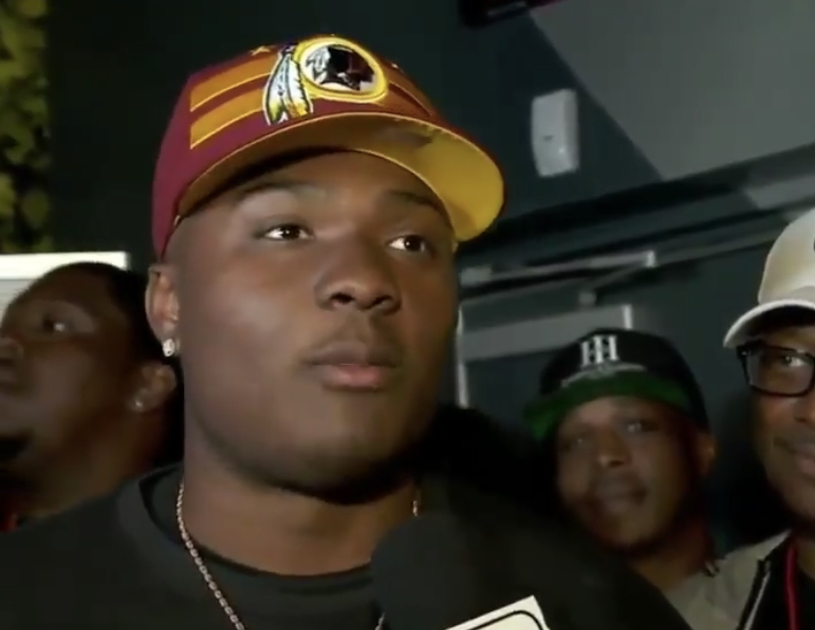 The quarterback situation in Washington has been less than remarkable and that’s putting it lightly. With starter Alex Smith out with a gruesome leg injury, the Redskins didn’t fare to well in their attempts to replace him. On Thursday, Washington fans were pleasantly surprised to find Dwayne Haskins still on the board when they went on the clock with the #15 pick in the NFL Draft.

Many had the New York Giants taking the Ohio State signal caller with the #6 overall pick. Instead, Dave Gettleman and co. shocked most by taking Duke’s Daniel Jones. While Jones does not have enviable arm strength or speed, Gettleman insists they made the right choice. He told Ryan Dunleavy of NJ Advance Media, “We drafted a quarterback that we believe is a franchise quarterback. That’s really the long and the short of it.”

Nevertheless, the Giants passover was the Redskins gain and they snatched up Haskins with their first pick of the draft. Haskins, a DC native, spent two years at Ohio State where he had a 70% completion rate and threw for 4,831 yards and 50 touchdowns in just one season as a starter. Haskins’ speed will improve as he acclimates to the professional level and the Skins come away with a steal here.

Next, the Redskins traded back into the first round where they selected defensive end Montez Sweat. Washington came away with another bargain, sending the No. 46 pick and a 2020 second-round pick to the Colts to select Sweat as the 26th overall pick. Sweat was initially projected as a top-15 pick who’s stock was possibly impacted by the misdiagnosis of a heart condition at the Scouting Combine. It was revealed by Ian Rapoport on the morning of the draft that Houston Texans team doctor Dr. James Muntz met with Sweat and told him that he had been misdiagnosed with that heart condition back in February. That factor had reportedly taken the pass rusher off the boards of at least four teams.

At the end of the night, the Redskins were arguably the winners of Round One having secured a top-10 talent in Haskins and a top-15 talent in Sweat without giving up much in the process. On to day two where receiver DK Metcalf and cornerback Greedy Williams are two of the top players still available and the Skins have two third round picks.