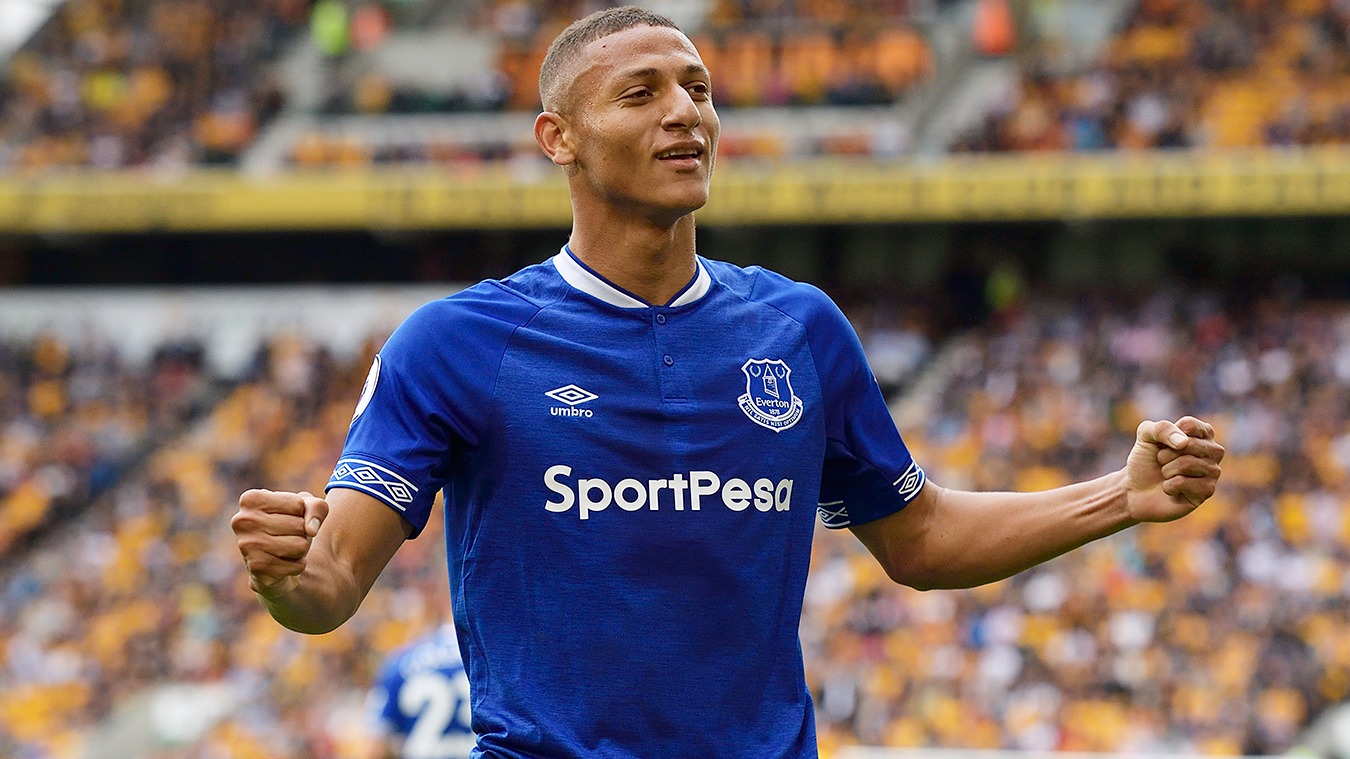 Everton have won one game in their last five Premier League games under Portuguese Marco Silva in 2018/2019. However, the Toffees, who currently stand 8th in the Premier League, are presently two points adrift from 6th place Manchester United, whilst also conceding less goals (22) than United (29) this term.
Meanwhile, the Blues next five Premier League fixtures are against Tottenham Hotspur (December 23), Burnley (December 26), Brighton and Hove Albion (December 29) and Leicester City (January 1). Thereafter, Everton then play current League Two leaders Lincoln City in the FA Cup third-round at Goodison Park.
Prior to Everton’s Premier League encounter against Tottenham Hotspur this Sunday afternoon at home, FOX Sports 96.9 FM/1340 AM’s Dean Perretta briefly caught up with Everton and Brazil forward, Richarlison, to discuss the Blues form this season, as well as the expectations at Goodison, playing for Brazil and his major goals for the Seleção at the much-awaited 2019 Copa América next summer.

Dean Perretta: What are Everton’s main expectations and ambitions this season?
Richarlison: I think it’s fighting to the top. We are a team that bothers and plays well. In a balanced league like the Premier League, we hope to pack and win a spot in some continental competition. We have some conditions to get there.

Dean Perretta: Can you talk about your own contributions since coming to Goodison Park?
Richarlison: I think I evolved a lot after I got here (from Watford). With games and performances, I gained confidence and things started to work out for me. My comrades, the coaching staff and the fans have also helped me a lot. They made me feel at home from the first moment.

Dean Perretta: How would you describe the atmosphere at Goodison Park from the point of view of the players?
Richarlison: It’s really cool to play at Goodison Park. The crowd makes noise and encourages all the time, presses the opponent. It’s an amazing atmosphere.

Dean Perretta: What does it mean to represent Brazil at the senior level now?
Richarlison: It is a child’s dream being fulfilled. Every Brazilian has a penchant for the national team, imagine for a soccer player. I am very happy to have this opportunity, but I need to continue at a high level to stay on the team.

Dean Perretta: Do you believe that Brazil can emerge as the Copa América champions next summer?
Richarlison: The team is very good, is gaining body, so I see it as one of the strongest candidates. But in a competition (Copa América) with so many top-notch teams, you cannot push anything. We need to play our best and face each game as a decision. It’s the chance to make history playing at home. I hope to be in the group and to participate.