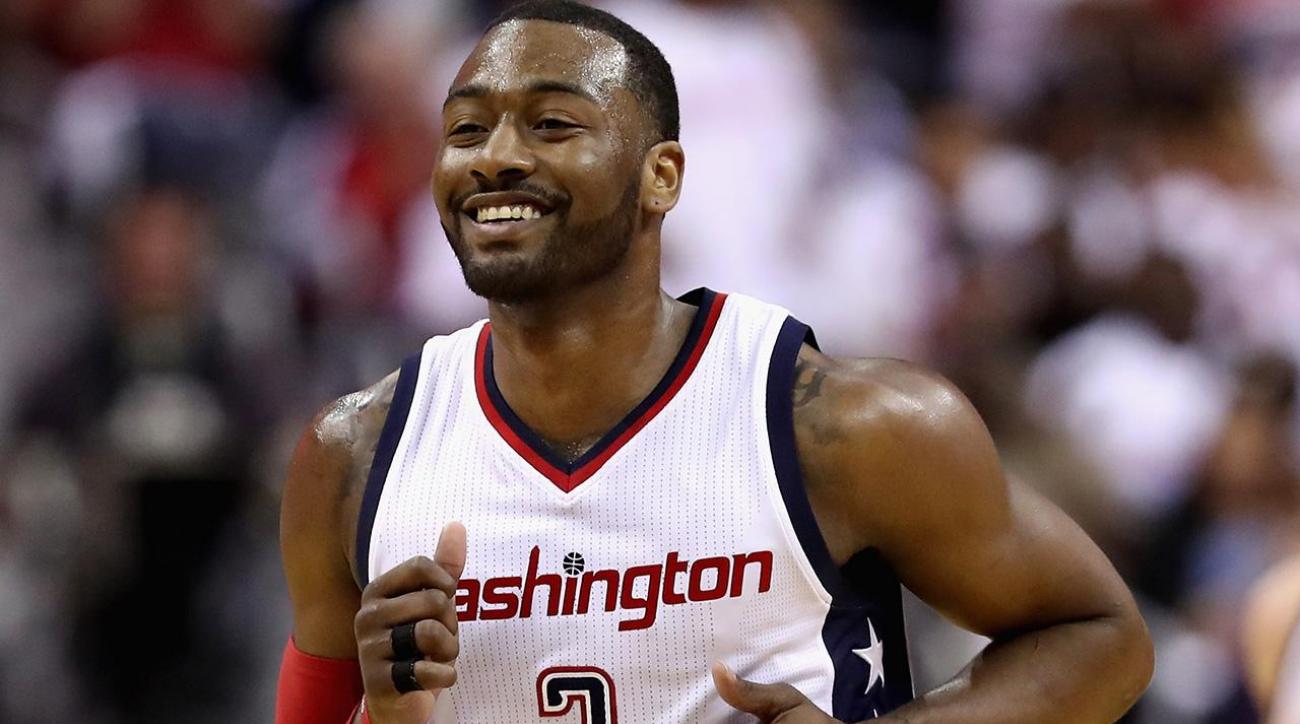 John Wall was inducted into the University of Kentucky Hall of Fame. He gave a heartfelt tribute to his mother in his acceptance speech.

LEXINGTON — Wall stood at the podium swaying back and forth as he got ready to recognize his mother. He hoped his mother wouldn’t cry and told her he wouldn’t either. However, that all changed as he reflected over his upbringing.

“I just want to thank you,” Wall said as his voice crackled. “I just wanted to say thank you for being my mom. I know it’s tough growing up with me and my two sisters, seeing my dad going to jail at a young age, and you sacrificing everything.”

Wall admitted he wasn’t the easiest child to raise. He made reference to when he was in kindergarten his mother would have to sit in the parking because often he would get kicked out of school. However, Wall found his passion when he began playing youth basketball. But, at times, he would continue to misbehave and his mother had no other choice but to take the game he loves away from him.

“When I was I kept getting in trouble,” Wall said. “She took basketball away from me. She said, ‘You can go down the same road as your dad and your brothers, or you can be somebody very special and change our family’s life.”

In addition to thanking his mother, Wall thanked Coach John Calipari. Wall reflected on a time when he got a breaking and entering charge and his coach came down to North Carolina. He was told to come to school. Wall admitted that any other coach would have run from a player with that type of history. However, Calipari embraced him.

“They wouldn’t have believed in me,” Wall said. “They would have gave up on me, and to see what I did and what I’ve accomplished and the person that I have became, I couldn’t thank nobody else.”

Wall closed his speech by thanking his mother again. We can all learn from his life story. He grew up in poverty in Raliegh, North Carolina surrounded by negative influences.  Even though he knew right from wrong, as a child, he still made bad choices. Nevertheless, his mother continued to instill values in her son’s life. Now, Wall is the face of the Washington Wizards and ultimately changed his family’s lives forever. In addition, his reach goes beyond his loved ones. He’s touched so many from all around Washington D.C. and in his hometown.

Wall will be back in the nation’s capital for Media Day which is on Monday, September 25th, 2017.