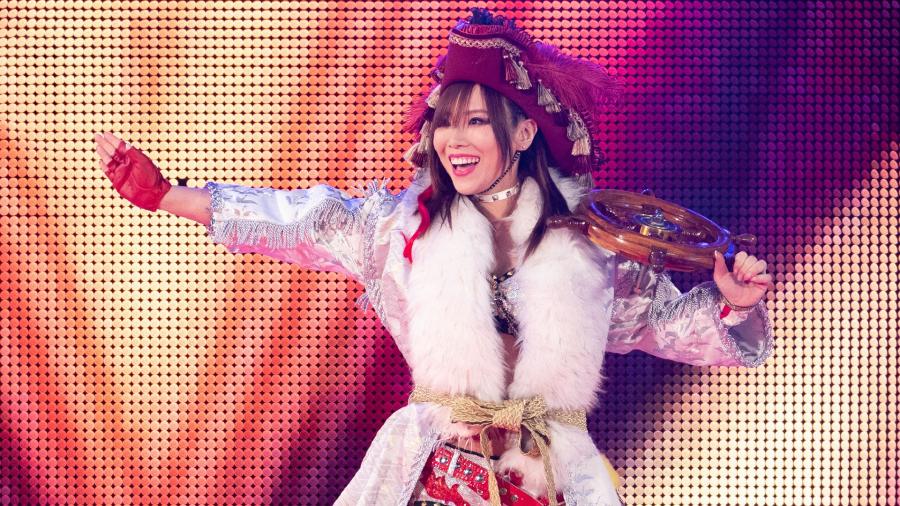 WWE booked Kairi Sane as a megastar and the future of the company in the inaugural Mae Young Classic in 2017. She won the prestigious event and those of us who were familiar with her work at World Wonder Ring Stardom, the pinnacle of women’s wrestling, were not surprised by this. Sane’s combination of talent in the ring, mic skills, charisma and beauty are very special. Few wrestlers can deliver entertaining, high-quality matches on a regular basis like her and she connected with the crowd in any role she was given. The NXT and WWE Universe still love her and I just can’t get over how WWE wasted her talent on the “main roster.”

A former NXT Women’s Champion, she did win the WWE Women’s Tag Team Championship with Asuka as part of the Kabuki Warriors but she should have been a Women’s Champion on Raw or SmackDown, at least once. Kairi Sane not getting a bigger push on WWE’s “main roster” was a travesty, she has everything to be one of the faces of the company, just like Becky Lynch, Sasha Banks, Charlotte Flair, Bayley, Asuka, Alexa Bliss and Io Shirai.

I was able to accomplish so much in the last three years, but it wasn’t because of my ability or my strength. It was because of all of the constant, warm support from the fans. I am so thankful I could meet you all.
Thank you from the bottom of my heart,
Kairi Sane☺️⚓️ pic.twitter.com/BaH2UBi9wn

Sane left WWE in July to be with her husband in Japan. Just over two months later she announced that she would “still train and support WWE” from Japan in an ambassador role. Only time will tell if this leads to WWE launching NXT Japan one day, just like they did in the United Kingdom. I can’t wait to see her back in the ring in the near future, either in WWE, NXT or NXT Japan. For now, Sane is promoting WWE and she just had her first online talk show last Saturday. I was able to attend the event. Below are some of her answers at the Q&A session. 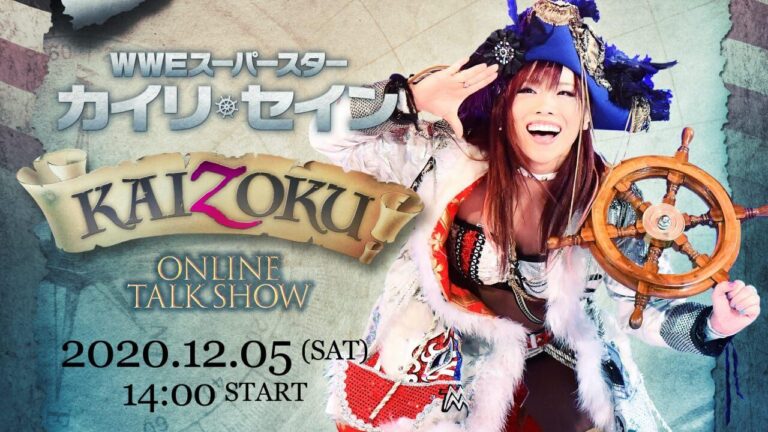 What the Pirate Princess Had to Say

In the talk show she listed her WWE Women’s Tag Team Championship match with Asuka against Becky and Charlotte in the main event of TLC last year, celebrating her NXT Women’s Championship win with Sasha Banks and Bayley and winning the NXT Female Competitor of the Year and Overall Competitor of the Year awards in 2018 as what made her happy with WWE.

On the number one advice she will pass to next Japanese talent who will join WWE: “Please don’t compare yourself to others. I believe there is something only you can do!”

When asked who would she face if she comes back to WWE or NXT, Asuka or Io Shirai?, Kairi said: “It’s my dream to face Asuka-san or Io-san, I hope so! One day!”

Advice she would give your past self if you could go back in time: “Don’t be afraid of making mistakes, it’s important to make a lot of mistakes if you want to learn wrestling English.”

Regarding her favorite Pirate movie: “I love Pirates of the Caribbean! Johnny Depp is very fun and talented I love him! I love Captain Hook of Peter Pan, I love his character he is so fun!”

Kairi thinks that Women’s wrestling will finally be mainstream one day: “Why not? We need a new women-only show regularly, we can do it, now our women’s wrestlers are passionate and I am sure they will be more in the future,” she said.