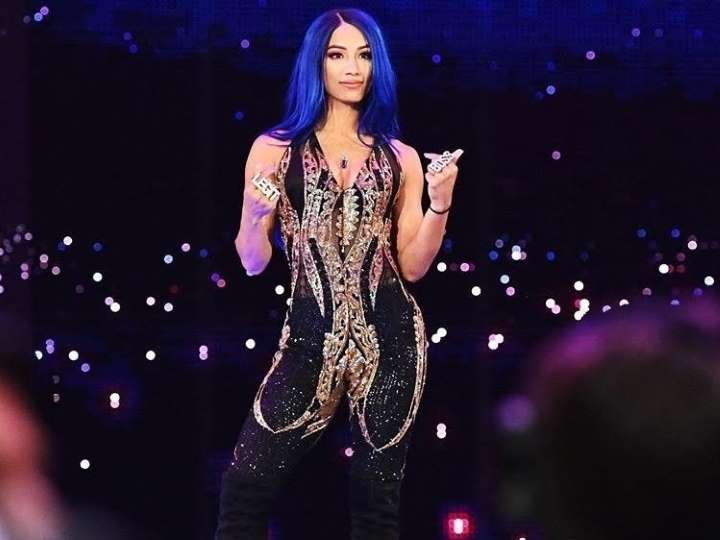 With no Becky Lynch and no Charlotte Flair, WWE has relied heavily on Sasha Banks and Bayley to carry not just the Women’s division but the entire company. Banks in particular has delivered every week.

There’s a reason why she’s nicknamed The Boss, The Standard, The Leader, The Blueprint, The Conversation. Sasha Banks has done it all in the WWE Performance Center Era.

Great promo work and entertaining segments, quality matches with superstars like Io Shirai and Kairi Sane and an intriguing feud with Asuka prove that she deserves the spotlight.

Many WWE storylines have been disappointing as of late but Banks and Bayley have incredible chemistry and they play off each other very well.

“The Golden Role Models” are two of WWE’s best and most entertaining heels right now and they’re just getting started. I don’t even want to imagine what WWE would be like without these two superstars.

The Standard. The Leader. The Blueprint. The Conversation. The #LegitBOSS.

Here are 30 facts you need to know about @SashaBanksWWE…#WomensEvolution pic.twitter.com/38wqyD5Myy

Sasha Banks and Bayley have been on all three brands lately and they’re the best thing going in WWE since the COVID-19 pandemic forced the company to have shows with no fans in attendance.

Banks and Bayley won the WWE Women’s Tag Team Championships for the second time and they’ve given them the prestige they deserve.

They had classic championship matches against Tegan Nox and Shotzi Blackheart at NXT and against Alexa Bliss and Nikki Cross and The IIconics at Backlash. Banks and Bayley also beat The Kabuki Warriors, Asuka and Kairi Sane on last Monday’s episode of Raw.

Bayley has been a dominant SmackDown Women’s Champion and Banks also wants two belts, which is why she challenged Asuka for the Raw Women’s Championship at Extreme Rules.

Asuka is another special talent and she deserves to face opponents capable of memorable matches. Banks and Asuka can easily steal the show. Bayley and Kairi Sane will likely get involved but it will not take away from Sunday’s match.

WWE has been teasing the Sasha Banks vs. Bayley feud for over a year, not just in recent months. The plan was for them to have a match at SummerSlam, as long as fans can be in attendance. I don’t see it possible anymore.

Bayley indirectly made Banks lose at WrestleMania 36 and then cost her a spot at Money in the Bank, both times against Lacey Evans.

Will Banks eventually turn on Bayley or viceversa? Will WWE plant the seeds for their feud on Sunday? I can’t wait to see what’s next for Sasha Banks!