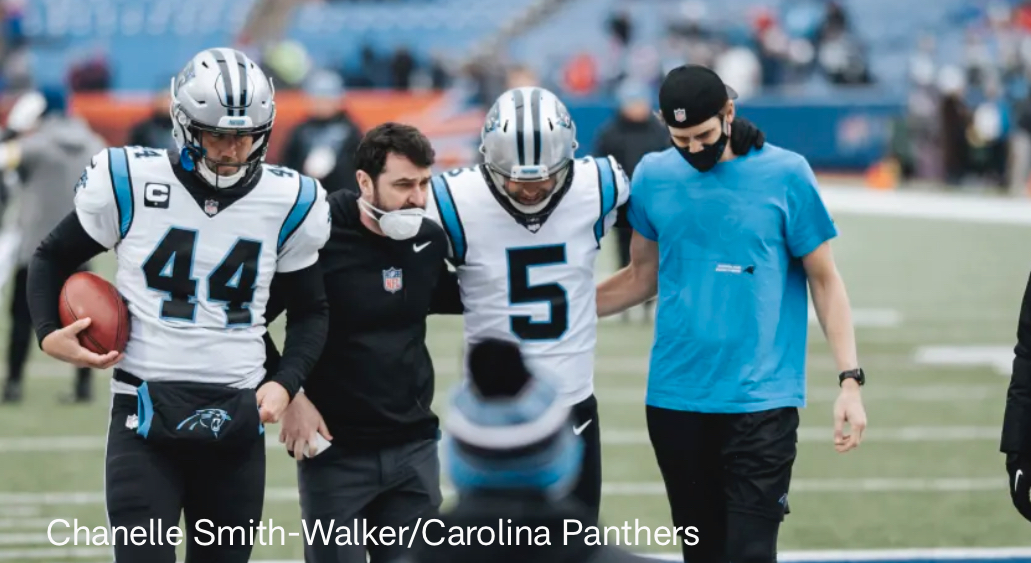 Kicker Zane Gonzalez has been the lone consistent bright spot in a season of struggle for the Carolina Panthers. Looking to avoid a fourth straight loss, the Panthers will have to do so without Gonzalez. He injured his right quad in warmups ahead of today’s game against the Buffalo Bills. With no official backup kicker, Lachlan Edwards will likely assume Gonzalez’s duties. Running back Reggie Bonnafon, linebacker Frankie Luvu, and wide receiver Brandon Zylstra took turns practicing kickoffs. Backup quarterback PJ Walker has previously practiced kicks but would not be an ideal option as only two quarterbacks traveled to Buffalo this week.

Gonzalez had made 17 straight field goals this season en route to earning NFC Special Teams Player of the Week honors twice in the month of November.