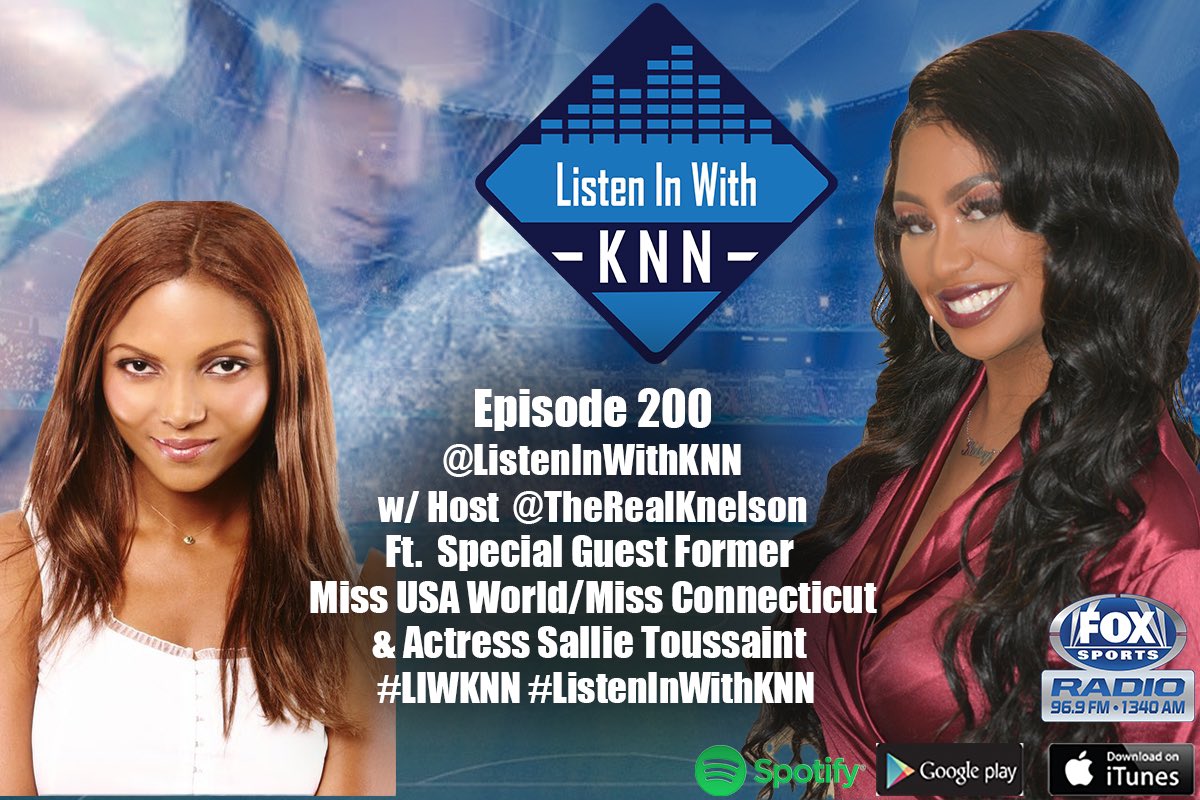 The former national pageant queen was featured in one of HBO’s acclaimed series “The Sopranos” and the hit crime drama film “The Departed.” Toussaint joined Nelson to discuss life today as a mom and her line of Parent Therapy Tees. She also reflected on her experience living briefly in the infamous Playboy Mansion. As a past beauty queen, Toussaint also discussed with Nelson what it meant to see more Black women winning major beauty titles in the U.S.

Toussaint, a Hartford, Conn. native currently lives in her hometown with her two children. Nelson asked Toussaint about what life was like growing up on the East Coast in Connecticut. Toussaint explained that she loves her state. “I just thought Connecticut was the epitome of the American life, dream and everything that I wanted,” said Toussaint. Growing up there, she feels it all starts with her parents who were originally from the country of Trinidad meeting each other in Connecticut. Although she was born in Connecticut, Toussaint also spent a great deal of time in Trinidad, as her parents moved back to Trinidad during her childhood. She spent life there as a child until she was 12. Toussaint is also a University of Connecticut alum and being that UConn is a big sports school, Nelson asked her if she was able to make any of the UConn games while there. Toussaint jokingly replied saying, “Yes, I was a professional tailgater Go Huskies!”

Connecticut has always held a special place in Toussaint’s heart, and it became even more special when she got to represent her state as Miss Connecticut. “I remember when Vanessa Williams became the first Miss America, and she was the first Black Miss America.” Toussaint remembers her mother telling her she could do anything and that subliminally stuck with her. She educated herself on the different pageants, entered them and won. “It was just an amazing experience, just to meet different people all over the world and know how they live… I think more Americans should travel because the more you travel the more you realize how lucky you are to live in this country,” said Toussaint.

This year marks another important milestone in the pageant world. All three major U.S. beauty pageant titles, Miss USA, Miss America and Miss Teen USA were won by Black women. Nelson asked Toussaint’s thoughts on this feat becoming accomplished for a second time. Toussaint exclaimed, “Who would’ve thought that this is just normal now, I love it… I love it because it’s normal now and nobody thinks anything of it and that’s the way it should be.” Toussaint felt that it should be normal to have a diverse amount of people winning and having accomplishments like these. She felt being in America, diversity is what it should be about. To the current women that aim for beauty titles, Toussaint offered some advice. “Be kind to everyone and read the papers as much as you can… Make sure you have a brain with that beauty,” said Toussaint.

Nelson and Toussaint transitioned into Toussaint’s journey to becoming an actress. Toussaint feels that doing commercials was her start into acting. She felt that “The Sopranos” and “The Departed” were huge roles for her. “There’s no way they are going to choose me,” said Toussaint, thinking back to her start when she first set out for a role in “The Departed.” Toussaint thought she might not have been chosen to play the woman at the opera but “next thing you know they said Sallie come get fitted and I asked did I get the part and then they said the other girl is not getting fitted so clearly you got it,” said Toussaint. Toussaint won the role and that was her first big break which also led to an invite into the Playboy Mansion. Speaking of her experience inside the late Hugh Hefner’s house Toussaint said, “It was great I got to meet a lot of celebrities… It was a dream staying there, it was like Disney very corporate.”

Today, Toussaint is currently working on a line of t-shirts for parents only called Parent Therapy Tees. She sells funny and different t-shirts that are good for parents and ones they will truly understand. “I didn’t really find any shirts that were geared towards parents, being a parent myself I like wearing shirts that say stuff like ‘Helicopter Mom’… I figured that was something different and needed,” said Toussaint of the t-shirts. To purchase some of Sallie’s t-shirts visit Parent Therapy Tees.

Listen in with KNN: Episode 200 – Inside the Playboy Mansion & The Impact of Black Beauty Queens with Sallie Toussaint on AudioStaq