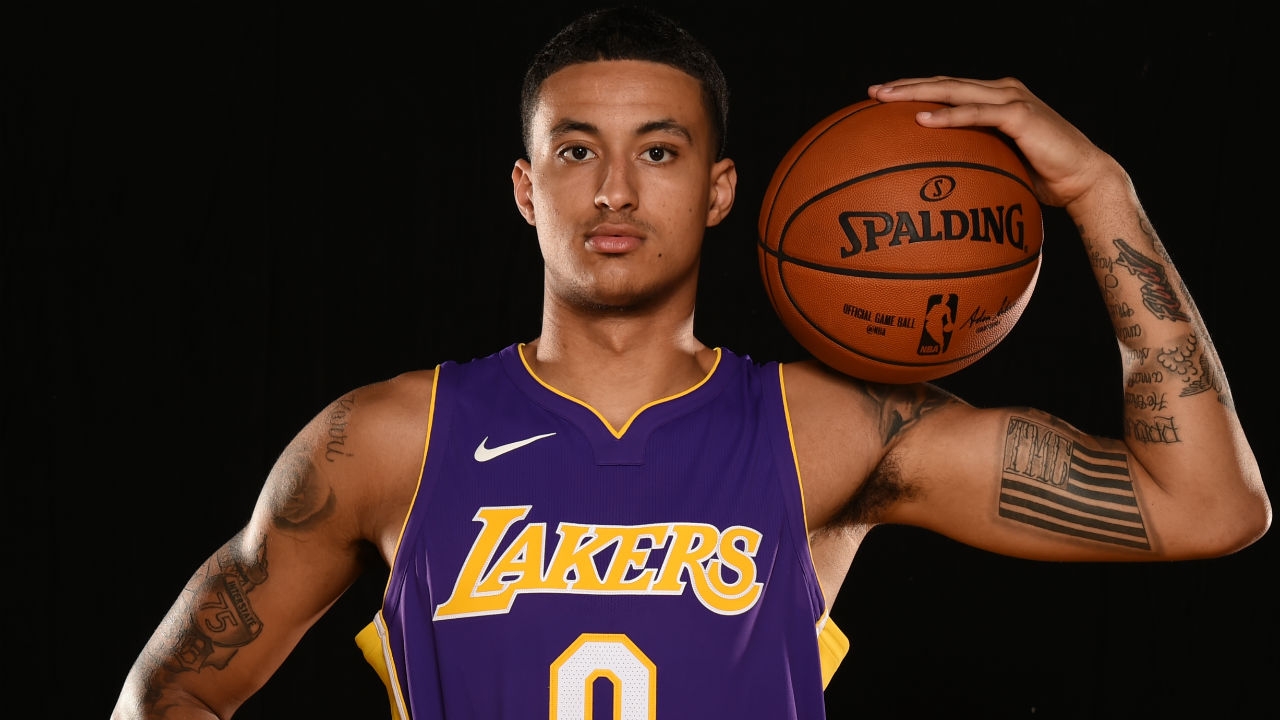 Heading into this upcoming NBA season, there were massive expectations on the Los Angeles Lakers due to the fact the Lakers selecting Lonzo Ball with the second overall pick in the NBA Draft. However, one of the bright spots on this team has been the play of Kyle Kuzma off the bench. Kuzma was selected with the 27th overall pick in the 2017 NBA Draft by the Brooklyn Nets. Later on he was eventually traded to the Lakers. Here are my overall thoughts on Kuzma and his impact on the Lakers and the NBA.

The Lakers fans got a taste of Kuzma and when he had to offer to this young and upcoming team during Summer League. Kuzma started six of eight games during the Summer League and he was a consistent factor in all of the games. Kuzma led the team in points with 21.9 points which turned a lot of heads. He finished the Summer League with a bang in the championship game he was announced the MVP. Kuzma had a double-double of 30 points and 10 rebounds in a 110–98 win over the Portland Trailblazers.

Kuzma had a chip on his shoulder for the majority of his life, he grew up in Flint Michigan which is a rough area but he used basketball as an escape from his circumstances. Kuzma was enrolled at the University of Utah in 2013.  He was a redshirt in his first year due to the fact that he signed late with them. The first year he struggled to find himself as he only averaged 3.3 PPG. However, his second year he bounced back he averaged decent numbers 10.8 PPG 5.7 RPG. His final year he put up career numbers he averaged 16.4 points per game, with 9.3 RPG and handing out 2.4 APG a contest. Kuzma’s hard work didn’t go unnoticed with a 2017 first-team All-Pac-12 which was the first time.

At 6’9 Kuzma can pretty much do it all on the court. This is what makes him so versatile have a difficult matchup for his opponents. Even though he is undersized for a power forward he is a match up problem for anybody guarding him because he can take you inside and he has the ability to shoot it from deep.

The most impressive factor of Kuzma’s game is that he doesn’t force anything. He lets the game come to him and he will do anything for the team to win. Kuzma doesn’t get rattled at all if he misses a shot he will take another shot if it’s wide open or a good look.

It is only seven games into the NBA season. Kuzma is already proving that he could be the steal of the NBA draft. Currently, Kuzma ranks amongst rookies in the NBA behind Ben Simmons and Lauri Markkanen in points. This young power forward is averaging 14 PPG the sky is the limit for Kuzma if he continues to play like this and he will be the steal of the NBA Draft.

Stats provided by NBA and ESPN