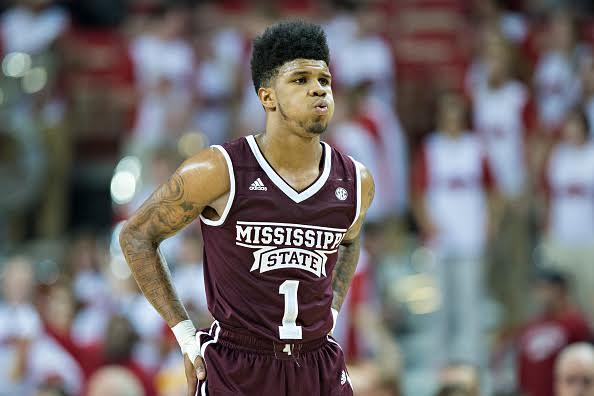 Most people at the age of 18 are learning exactly who they are and what they want to become. Growth and maturity aren’t something you can learn in a book, but more so by life circumstances. Lamar Peters, starting freshman guard at Mississippi State, knows this all too well. Mississippi State is the second youngest basketball team in the nation and Peters is tasked with leading this team. While being a leader, he must continue to grow up himself: learning not to get mad when the game is not going his way, and how to remain assertive, decisive, and instill composure in his teammates when they face adversity. All of these responsibilities lies on the shoulders of this 9th Ward, New Orleans native. If you ask Peters, he wouldn’t want it any other way. 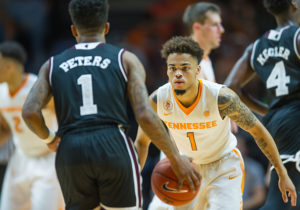 Who is Lamar Peters:

To know who Lamar Peters is, you must go back to where it started: West-Bank of New Orleans. Peters, a graduate of Landry-Walker High School, left his mark on Louisiana high school basketball. There, he averaged 26 points and five assists and led his team to the second round of Class 5A Playoffs in 2016, according to Mississippi State Basketball Official website.

Fans of basketball throughout the city of New Orleans will remember Peters’ three-point shot. His most memorable example is when he knocked down 10 3-pointers against University High in the All-State Sugar Bowl National Prep Classic. It was this type of gameplay that Peters knew he had to take with him to the collegiate level. This wasn’t news to him – he’s been ready since day one. When asked about how has this transition from high school to college been for him, Peters stated,

“The transition from high school {to college} is a big difference. Now you’re playing against 21- year olds, some may be 23, like a redshirt senior. So you’re playing against a lot of older guys that are much stronger and smarter. So you have to be mentally focused on being able to transition to that…so you have to work hard and be a gym rat. That’s my main focus and trying to stay consistent.”

Staying consistent is key for Peters. Not only so he can continue to grow as a player, but also grow as a leader for the success of his team. He’s had games where he scored 20+ points vs teams such as Missouri, Kentucky and Oregon State. However, there’s been games where he’s only scored in the single digits as well. This type of inconsistency is normal for a young player; at the same time, it also highlights the growing pains of being the youngest player on the second youngest team in the NCAA. Despite his youthfulness, Mississippi State relies on Peters to be a leader both on and off the court more than most programs would. 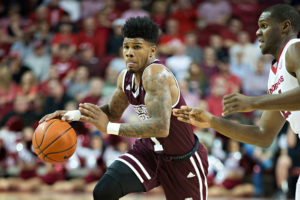 At Landry-Walker, Lamar Peters was a floor general and the leader of the team. Now, in college, his role is still the same despite the fact he’s still growing up himself.

“Even though I’m the youngest player on the team, Coach {Howland} want me to be the leader. I’m the starting point guard at 18-years old“  Peters said.

He then admitted his own faults by adding, “At times and some moments, I’d be forgetting how to be a leader. I go in that shell and getting mad. But I got to know– I’m the point guard. Everything runs through me.  I still haven’t fully matured yet…I’m trying to work on my attitude. I’m trying to keep getting better and be a better leader.”

At 14-9 on the season, Mississippi State’s record doesn’t reflect on how talented this team is. The sheer youth of the team sometimes can be a hindrance in showcasing their full potential. Peters is aware of this and is staying in the gym, perfecting his craft on a daily basis. He knows this team will go only as far as he takes them.

This will and determination to become better are what’s going to separate Peters from his peers. This season is expected to be a learning curve for this young team. Nonetheless, it’s up to Lamar Peters to be an example for the team so their goals of winning a national championship can be accomplished.