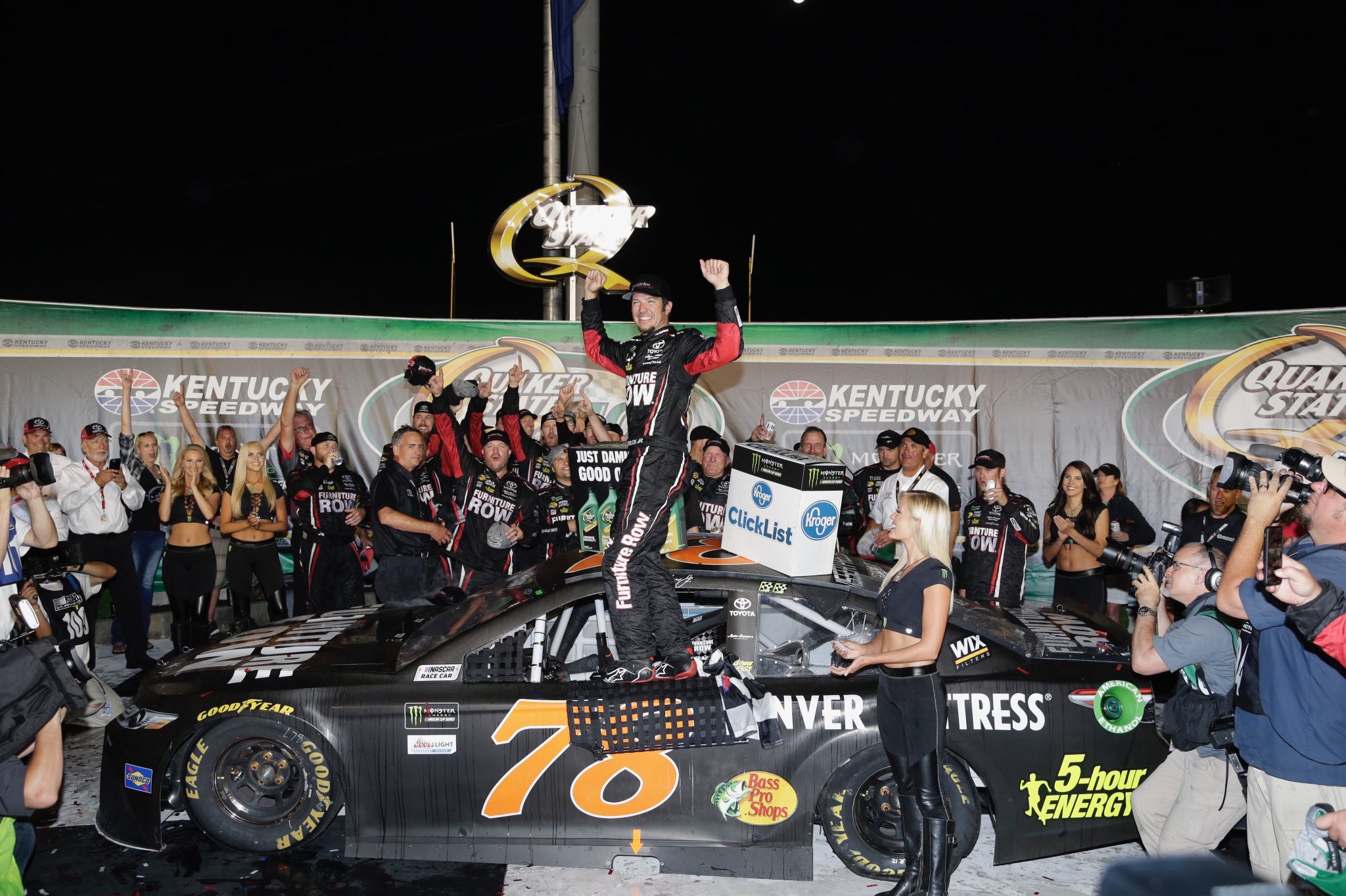 In dominating fashion, Martin Truex Jr. was able to capture the Checkered Flag at Kentucky Speedway. The pilot of the 78 Furniture Row Toyota led 152 of the 267 laps in the Quaker State 400.

The word domination might be an understatement when describing this win by Truex Jr. Out of the 40 cars that competed, only nine finished the race on the lead lap.

Adding on to his performance, Truex Jr. also won both Stage One and Stage Two in the Quaker State 400. Only once this year has a driver swept both stages and won the race. The driver that accomplished that feat was none other than Truex Jr. at Las Vegas Motor Speedway.

With just two laps remaining, and a 15 second gap between first and second, a caution came out after Kurt Busch’s Motor blew. That bunched the cars back together and took the race into Overtime. Everybody outside of Truex Jr. came down pit road to get fresh tires, but that didn’t matter. The 14-year veteran held off Kyle Larson and Kyle Busch for the victory.

Too Little Too Late For Larson

Larson had a bounce back night after last weeks wreck at Daytona which resulted in a 29th place finish. After starting in the back tonight due to a pre-qualification failed inspection, the young gun was able to battle at the end and finish second. This is Larson’s sixth second-pace finish of the season.

Kyle Busch, who finished fifth, looked to be the driver that would give Truex Jr. a battle early on. Busch led 112 laps tonight, but clean air was needed. After a pit-stop that saw him restart towards mid-pack, Busch struggled to get back up front.

Last years winner and favorite for tonight race, Brad Keselowski, was involved in an early wreck that collected defending champion, Jimmie Johnson. Keselowski finished 39th as Johnson finished 40th. This is only the second time in Johnson’s career where he finished last.

The Monster Energy NASCAR Cup schedule takes us to New Hampshire next weekend.