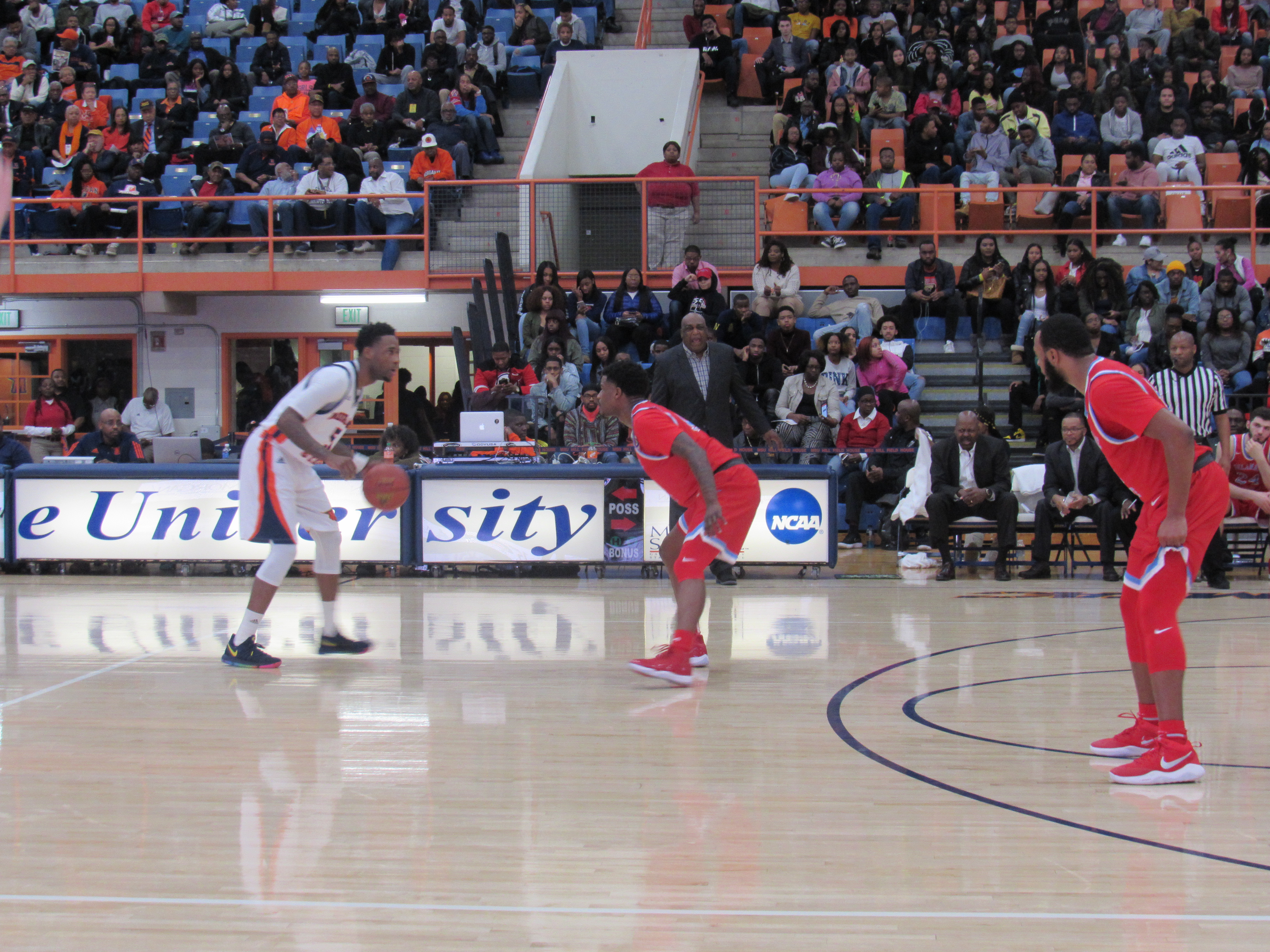 After an upset loss to rival Coppin State, the Morgan State Bears looked to get back on track against the Delaware State Hornets on Monday night at Hill Field House.

BALTIMORE, MD – On paper, this game looked like a blowout but on the court, the ref had another say. Both teams struggled with fouls as Delaware State and Morgan State had 18 total fouls in the game. Unlike other recent games, the Bears’ three-point defense was consistent throughout the game.

Overall, Morgan State’s three-point barrage in the game helped seal the win. The Bears made seven threes which were the true difference in the game. Both teams had 20 points in the paint as well as seven fast break points. Offensively, Phillip Carr and Tiwian Kendley both scored 13 points in a low scoring affair. Kyson Rawls gave Morgan State 13 points off the bench as well.

Looking forward, the Bears have nine MEAC games left on the schedule before the 2018 MEAC Tournament. Like most Mid-Major conferences, the postseason tournament determines who goes to the NCAA Tournament. Due to this, MEAC play is really about bragging rights and wins. Not money or TV time (although that’s needed too). Morgan State and all MEAC schools has a long way to go before the end of the season.

Things are heating up!