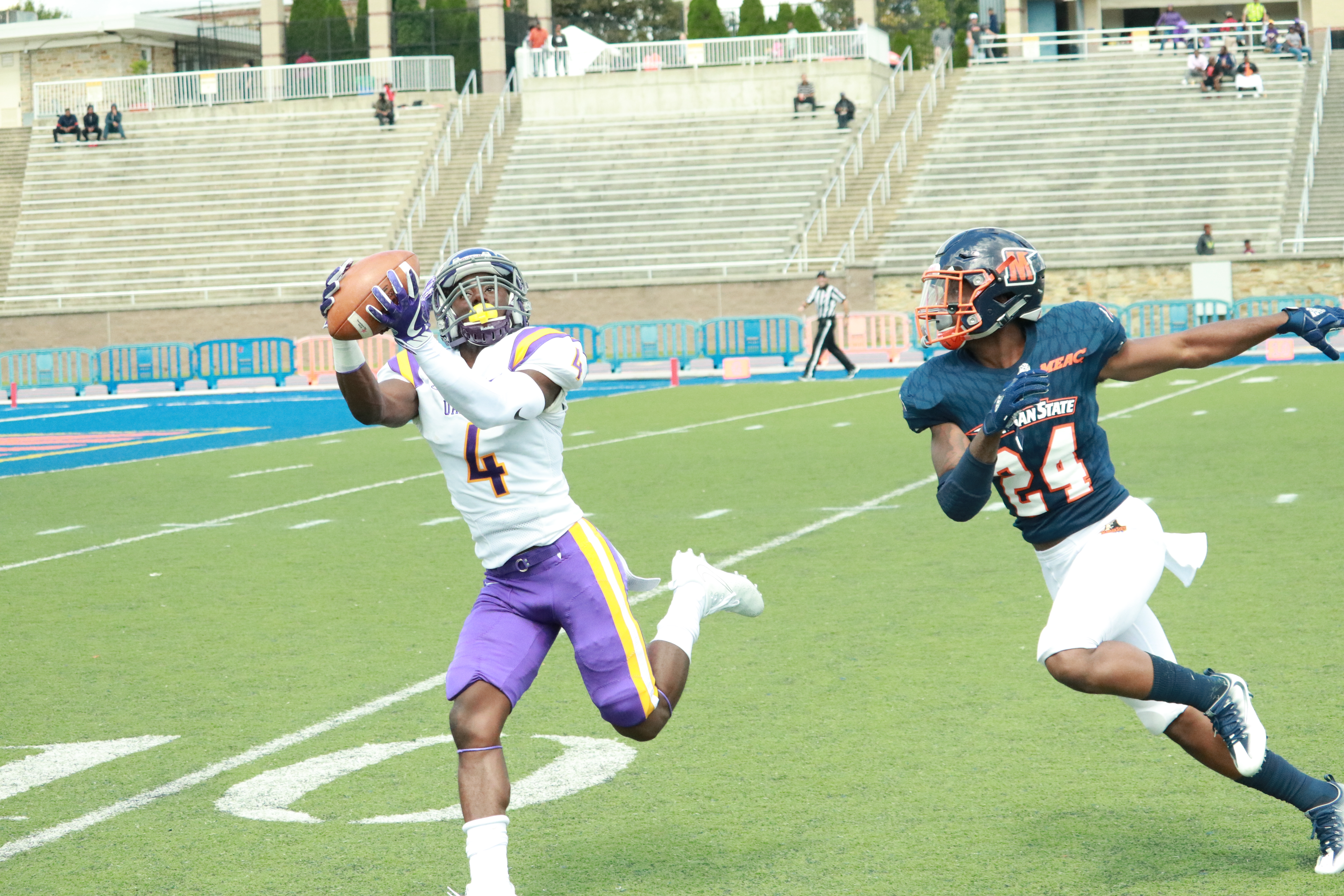 BALTIMORE, Md. — Coming into this matchup, the Great Danes were ranked 24 in the STATS FCS polls. Morgan State looked to gain their first win of the season against a ranked FCS opponent. For Albany, they were looking to gain some positive momentum as their CAA schedule looms.

Morgan State and Albany are tied after the 1st Quarter of Play (@_StephenSZN) pic.twitter.com/Yg0d4U8lO7

Just like the Towson game, MSU found themselves in a very tight game statistically and physically. After the first quarter, Morgan State and Albany were tied in a defensive battle. A Jordan Crockett 34 yd pass from Will Brunson rescued the lead for Albany before halftime with 5:34 left in the 2nd Quarter. Albany led 7-0 at the half.

Halftime is usually when most successful adjustments are made. Albany surely made a few adjustments to their running game coming into the 2nd Half. A Karl Mofor 4 yd TD run with 11:08 in the 3rd quarter opened things up for the Albany offense. The Danes starting rushing to the edges more and even substituted their back up QB Neven Sussman for more QB running packages. Morgan State could not stop Albany’s balanced offense. Karl Mofor added another touchdown with 17 seconds left in the 3rd quarter. with a field goal also added, Albany scored 16 points in the 3rd quarter. An Ethan Stark field goal in the 4th Quarter finished the scoring for the Great Danes.

Elijah Staley had another rough game for MSU. He went 18/40 with 170 passing yards. He also led the team in rushing with 30 yards. With no run support or explosive plays, the Bears were stuck in this game. They did not reach the Albany 20-Yard line once in this contest. After this game, Morgan State has not scored since November 26th, 2016.

Morgan State will face Rutgers this week on the road. They open their MEAC slate next Friday against North Carolina A&T State University.