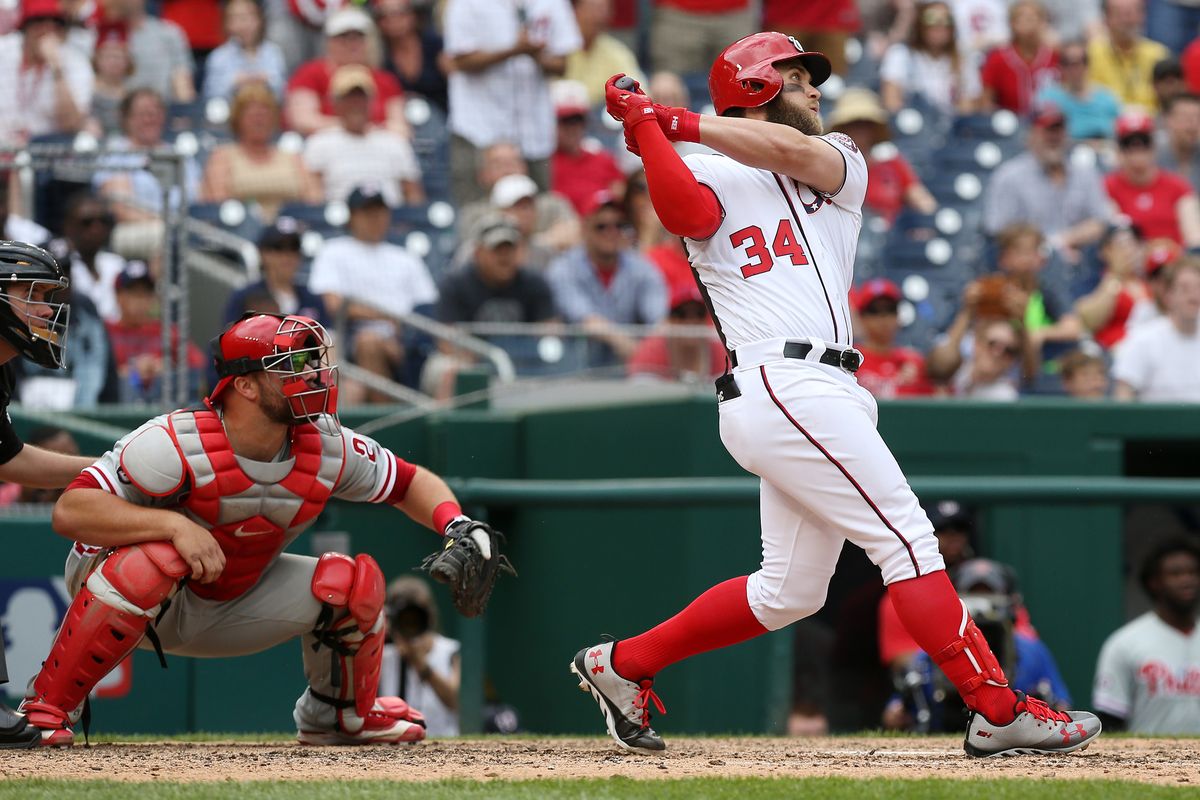 The Washington Nationals (7-5) had a successful week past week. Playing six games, they went 4-2 and won two series in the process. Their consistent play made for some good baseball to watch.

Bryce Harper had four hits and three RBI’s as the Nats routed the Cardinals. The Nats had 19 hits in a game that was taken over by their batting consistency. Tanner Roark allowed five runs over five innings. Biggest win of the season so far for the Nats.

Daniel Murphy had five RBI’s in this win. Gio Gonzalez allowed two runs over seven innings, retiring his last 11 batters. St.Louis added a few more runs on the Nationals relievers but their comeback was halted.

Stephen Piscotty’s five RBI’s pushed the Cardinals to their only win in the series. Mike Leake only allowed four hits in over seven innings.

Daniel Murphy’s RBI double won the game for the Nats in the 10th inning. Aaron Nola for the Phillies pitched five intense innings. He struck out six batters and only allowed six hits in five innings of play. In the other dugout, Stephen Strasburg played an even better game. He pitched seven innings while striking out eight batters while allowing five hits.

The Nationals bats went cold as the Phillies won this game. Chris Hernandez’s  two-run homer in the top of the 8th inning was the difference.

The Nationals bats came through in the clutch as Bryce Harper homered, sending Heisey and Eaton home in the bottom of the 10th inning. His homer won the game for the Nats, 6-4, but also won the series as well. Gio Gonzalez allowed five hits over seven innings.

Pulse of the Pitching Staff

The Nationals pitching has improved over the last six games. Their relief pitching has been way more reliable compared to the first week of the season.

The Nationals will face the Braves for the first time this season. Their new stadium is hitter friendly. Murphy, Harper, and Zimmerman will be looking towards the fences in this series. This series will be a feeling out process for the Nats. Atlanta is looking better this year as they are looking to return to the top of the NL East.

Like their series against ATL, the Nats will face a division opponent for the first time this season. This time being the Mets. The Nats will have to play consistently as the Mets are currently looking dangerous this year.