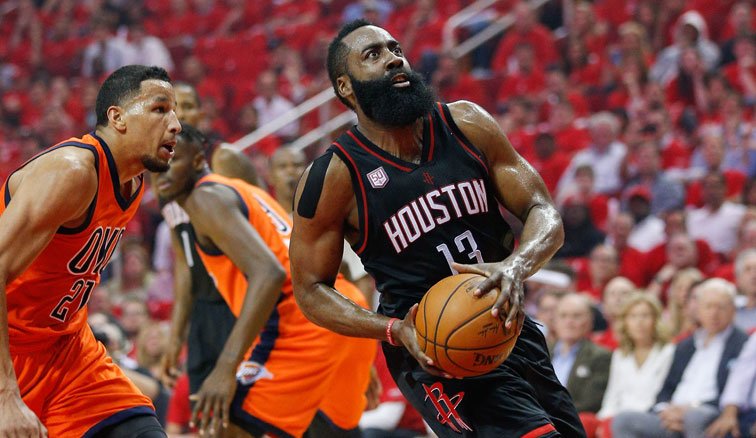 The Rockets crushed the Oklahoma City Thunder by 31 points in game one of the opening round of the 2017 NBA Playoffs.

Patrick Beverley started off hot with back-to-back three pointers and a score in the paint. He slammed it home after a steal off MVP candidate Russell Westbrook. The Thunder managed to go on a 7-0 run to get back in the game and keep the pace. Post first quarter the Thunder led 29-27 but struggled in the paint against the Rockets.

Rockets are out scoring the Thunder 22-10 in the paint! #Rockets #ThunderUp pic.twitter.com/GNrPCEwrx3

The Thunder just couldn’t get any second chance points. OKC had zero compared to Houston’s 16. Westbrook helped find some rhythm for OKC hitting an off-dribble jumper to tie the game at 42. Oklahoma City maintained their lead close to the end of the first half but a late 8-3 run by Houston stopped that. At the half, Rockets led 59-54 after a step back jumper from Harden. Westbrook had 15 points, six rebounds, and five assists at the half. Harden had 18 points with four rebounds and four assists.

In the start of the second half, the Rockets went cold for part of the third quarter, but Beverley hit a three that set the crowd in Houston on fire. He had 19 points so far which was a career playoff high for him. The Rockets ended up running away with the game by the end of the third quarter leading by 15. Houston kept Westbrook scoreless in the fourth quarter as he finished with 22 points, 11 rebounds, and seven assists. Harden took over and showed why he deserves to be MVP. He had 37 points, seven rebounds and nine assists as Rockets cruised by OKC 118-87.