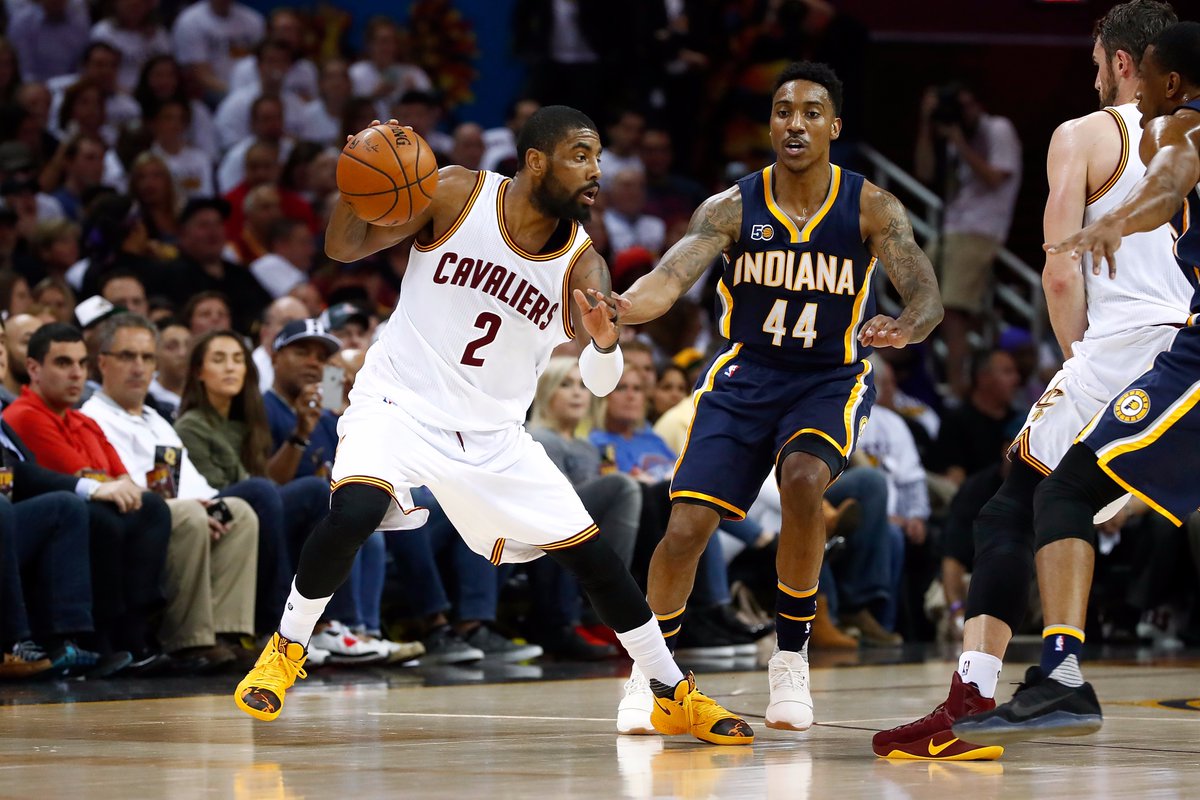 Game two of this series between the Indiana Pacers and the Cleveland Cavaliers was another tight one. Kyrie Irving stole the show with 37 points on 14-for-24 shooting. Kevin Love contributed 27 points and 11 rebounds. LeBron James put on another masterclass performance finishing with 25 points and seven assists along with 10 rebounds. As the big three combined for 89 points in the 117-111 victory.

Paul George once again was hot pouring in 32 points and shooting 50% from the floor. Jeff Teague‘s 23 points helped Indiana stay in the game.

Paul George is cleared for takeoff on @NBAonTNT! pic.twitter.com/bxGScg3Oju

Even with the stellar offensively display from the Cavaliers, Indiana wouldn’t go away. The game was tight late down the stretch as Indiana would trim the lead as close to four points. J.R Smith suffered a hamstring injury and coach Ty Lue decided to not risk bringing him back. But Irving as he often does, played the role of closer. He ended this contest second on Cleveland’s all-time playoff scoring list passing Mark Price and only behind his teammate LeBron. Mark Price even took to Twitter to congratulate the former Duke point guard.

Congrats to @KyrieIrving for passing me on all time @cavs playoff points list! #PointGuards #Shooters

With this bucket, Kyrie Irving is Number 2 on the @cavs #NBAPlayoffs all-time points list with 821!#DEWXNBA pic.twitter.com/6L7hS054Xx

The Cleveland Cavaliers will face the Indiana Pacers on Thursday, April 20th at 7 pm ET for Game 3.