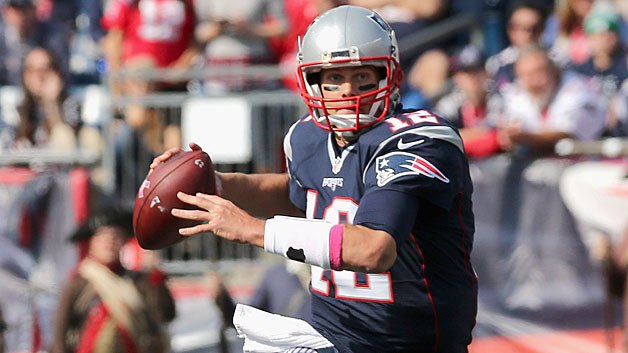 Two teams in the AFC both fighting different battles, one within the conference and the other within their division. Two quarterbacks, familiar with one another, will face each other for the ninth time.

Baltimore Ravens and the New England Patriots prepare to face off for a Monday night battle. When looking forward to playoff contention, it’s clear New England will have their spot since they have a three-game lead in the AFC East. Currently, the Raiders and Chiefs seem to be the only contenders for home-advantage that the Patriots really need.

Baltimore is currently battling for the AFC North division title and a playoff spot as their record is currently tied with the Pittsburgh Steelers for first place, but key losses could drop them to the “In The Hunt” category since the Miami Dolphins also have a similar record.

The Patriots will host the Ravens without two key offensive weapons: Rob Gronkowski and Danny Amendola. Gronkowski is out for the season after having back surgery, while Amendola is out until the playoffs after suffering a high ankle sprain against the Los Angeles Rams. Julian Edelman, Chris Hogan, Martellus Bennett and rookie Malcolm Mitchell will need to pick up the slack.

Without Gronkowski, it’s acceptable to say the Patriots may not be the ones to fear as much in the AFC. If New England happens to clinch home-field advantage, opponents will not be dealt a death sentence automatically or can they?

Bennett has been dealing with injuries include his ankle and shoulder but has been making key plays especially on crucial first-down attempts.

Edelman will continue to be Edelman making great catches from the slot. Hogan and Mitchell will need to make more downfield plays for this offense. The rookie, Mitchell, has been a favorite target of Brady’s lately. Last week, he had eight catches for 82 yards against the Rams.

Brady is remarkably healthy and playing better than ever and he’ll always be one of the biggest threats for any team to stop. All New England needs to do is keep playing how they’ve been playing. These last four games are critical.