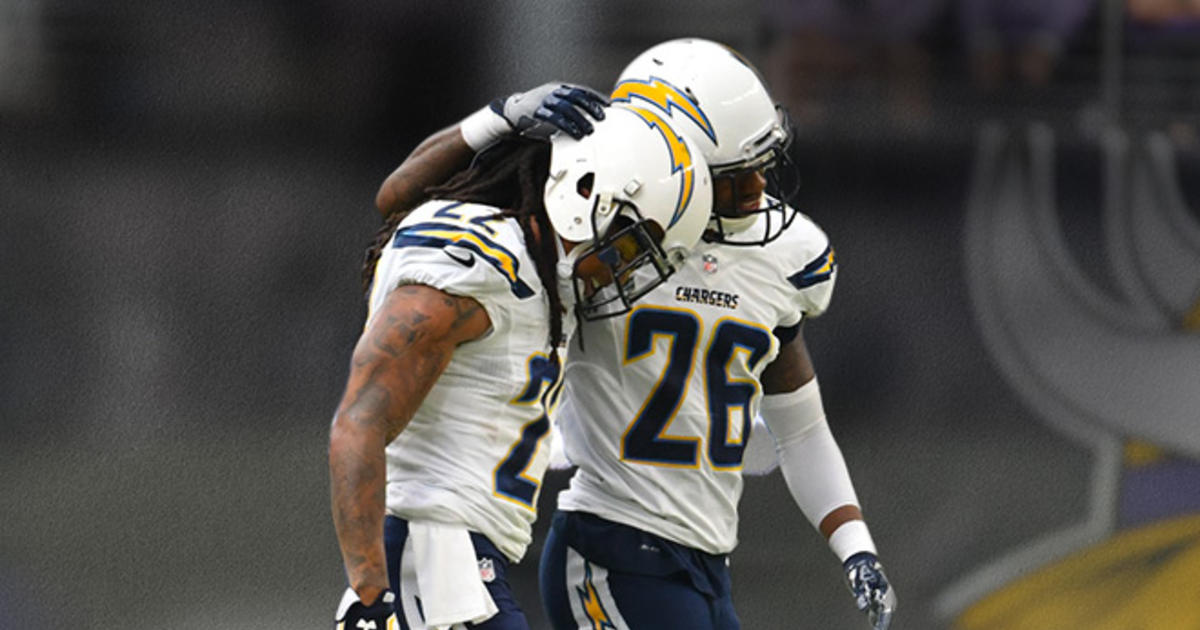 It has been repeated time and time again that this is era of professional football is considered a “passing league”. So the value of defensive players has increased by the season to the point to where we now have 14 cornerbacks set to make $10M or more in base salary this upcoming season. By comparison, there were only three cornerbacks to make double-digit salaries in 2008 and all three (Nnamdi Asomugha, Chris Gamble, Kelvin Hayden) started with a base salary in the single-digits.

My point? Cornerbacks are viewed differently now and every team has placed an emphasis on having a quality cornerback tandem. So let’s turn the focus to the top cornerback duos in the NFL today.

Xavier Rhodes/Trae Waynes, Minnesota Vikings – The team’s #1 corner Xavier Rhodes has already established himself as one of the better corners in the NFC if not the league itself. Rhodes is coming off his first Pro Bowl season and according to Pro Football Focus, Rhodes allowed the least amount of yards per catch in man coverage this season at 3.1 yards per attempt. Waynes, on the other hand, faces a critical season in 2017. His development saw an ascension in 2016 where his penalties were cut down in the second half of the season. Waynes has the potential to be the better of the two and as combination, they are one solid season from Waynes to being an elite tandem.

Brent Grimes/Vernon Hargreaves III, Tampa Bay Buccaneers – The veteran in Brent Grimes gives this duo a tremendous boost. Not to say that Hargreaves is a liability because the second-year cornerback made a few strides during his rookie 2016 season. Grimes missed the Pro Bowl this past season for the first time since 2012 but he still had an outstanding season with 51 tackles, four interceptions, and 24 pass breakups (career-high).

6. Desmond Trufant/Robert Alford, Atlanta Falcons – When speaking of Trufant, the Falcons have themselves arguably the most underrated cornerback in the game today. Trufant was targeted at the lowest rate of any cornerback in the league in 2015 and out of all cornerbacks who played at least 500 snaps, Trufant was the only corner to not miss a tackle. In Alford, his play improved dramatically after Trufant suffered a season-ending injury in week nine. Alford finished the year fifth in the league in pass breakups with 19 and he also saw a decline in penalties late in the season. Alford is coming off what was possibly his best season as a pro and now the Falcons get the return of a dangerous corner in Trufant. A nice combination of speed and instincts, the cornerback tandem is on the cusp of the top five.

5. Malcolm Butler/Stephon Gilmore, New England Patriots – Once again, the man they call Bill has assembled a quality set of starting cornerbacks. Gilmore was given a five-year, $65 million dollar deal this offseason even though he had a subpar 2016 season. Butler, however, is coming off a career-year with four interceptions and 17 pass breakups. While Butler allowed 78.2 passer rating in 2016, Gilmore allowed 70.6. Combined, the Patriots have themselves a solid pair of cornerbacks. The ongoing rumors during the offseason pertaining Butler being shipped out of town are now laid to rest as this duo looks to lead a young, athletic defense.

4. Casey Hayward/Jason Verrett, Los Angeles Chargers – Probably the most unheralded cornerback tandem on this list, the team of Hayward & Verrett are more skilled than you think. It was Hayward who led the league in interceptions with seven and third in the league in pass breakups with 20 while on his way to a Pro Bowl season. Verrett himself was a Pro Bowler in 2015, in just his second season, after posting 47 tackles, 12 pass breakups, and three interceptions. The tandem took a slight hit with Verrett missing 12 games due to a torn ACL but when healthy, this one-two punch gives the Chargers a jolt in the secondary.

3. Janoris Jenkins/Dominique Rodgers-Cromartie, New York Giants – Many were against the Giants signing Jenkins during the free agency period last season but it paid off in a major way for a Giants defense that was third in the league in opponent completion percentage at 58.6%. Jenkins allowed a  54.8 passer rating against while Rodgers-Cromartie was second in the league with six interceptions and 21 pass breakups, his most since 2009.

2. Jalen Ramsey/A.J. Bouye, Jacksonville Jaguars – For a duo that has yet to play a game together, the combination out of Jacksonville has many anticipating a big season. Ramsey had a highly impressive rookie season where he allowed a 53.3 completion percentage on 90 targets this season with only two touchdowns and a 68.0 passer rating. Bouye meanwhile allowed 47.9 completion percentage and parlayed an outstanding 2016 season into a big five-year, $67.5 million dollar free agent deal. The Jaguars may have an incredible, shutdown tandem on their hands.

1. Aqib Talib/Chris Harris Jr., Denver Broncos – The combination of the best duo in the NFL helped the Broncos reach #1 in the league in passing yards allowed (200 ypg), receiving touchdowns allowed (13), and opponent completion percentage (55.4%). Harris is coming off his third straight Pro Bowl season and posted 57 tackles, 11 pass breakups and allowed just 34 catches for 337 yards on the season. On the other side, Talib did not allow a touchdown and a 53.3 passer rating against. This pair of corners are at the top of the totem pole in the league and have been for a while.