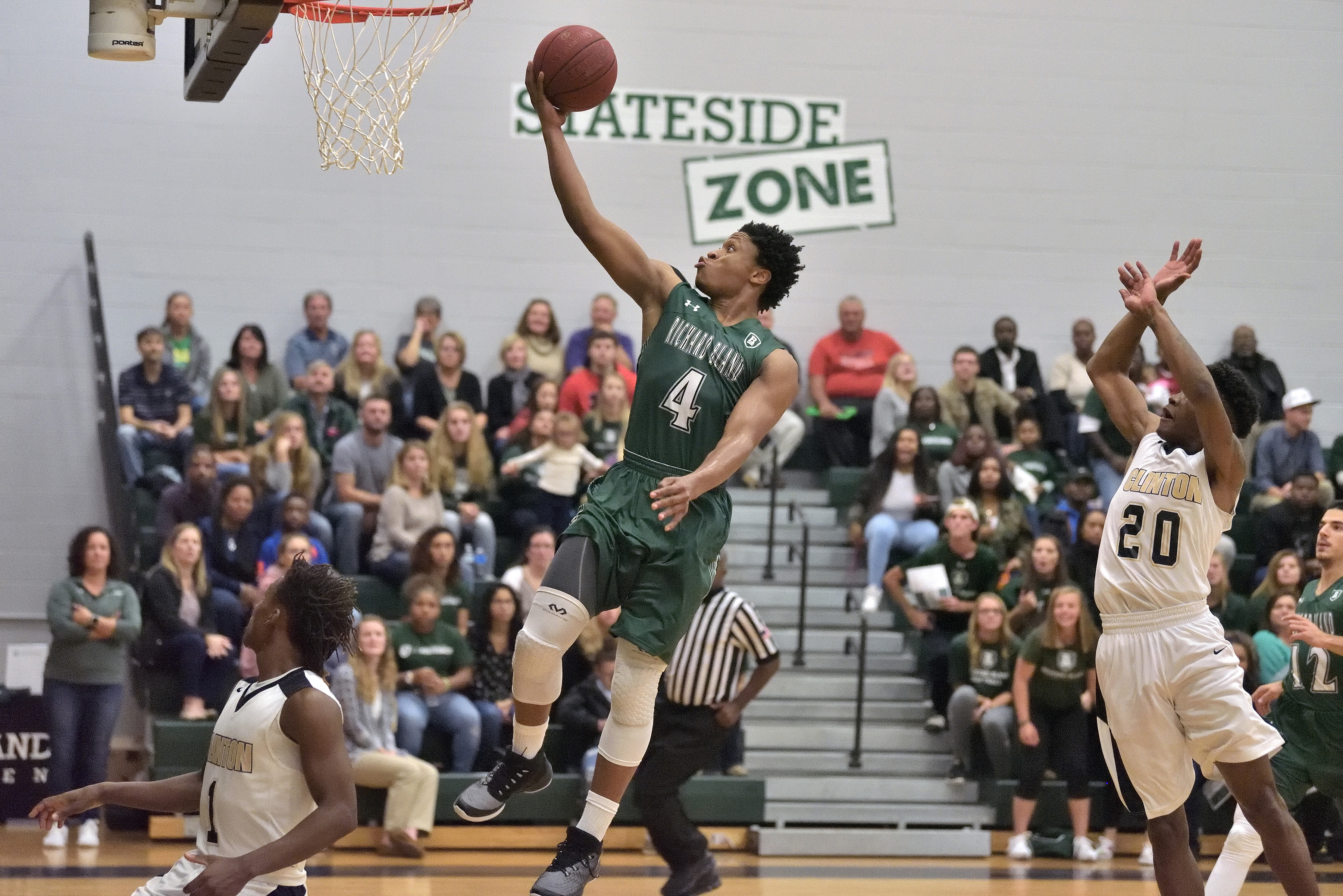 Richard Bland jumped out to an early 9-1 advantage at 17:55 as redshirt-freshman Miodrag Dronjak/Kladovo, Serbia knocked down a three-point field goal followed by a layup from Bing, a slam dunk by Smith and another layup from Smith. The Statesmen extended the lead to 17-5 at 15:17 following a layup by Southerland, and it was still a 12-point game at 30-18 with 8:20 left in the opening half after a pair of free throws from Taylor. Clinton used a quick 9-1 run to close to within 31-27 at 6:35, but Richard Bland stretch the margin back to 39-31 at 3:12 following a free throw by Smith. The Golden Bears, however, closed the half with a 12-3 run to lead 43-42 at the intermission. Smith and Taylor each scored 10 first-half points, while Southerland added nine.

Clinton got a three-pointer from Casimir to open the second half at 19:13 for its largest lead of the game, 46-42, but Richard Bland responded with six unanswered points to lead 48-46 at 18:14. Smith buried a three-pointer along two free throws from Bing and one free throw by sophomore Tre’ Patterson/Richmond. The contest remained close for several minutes before the Statesmen took the lead for good at 56-55 on a layup by Taylor with 14:42 on the clock. Richard Bland put together a 12-1 run to lead 66-56 at 12:25, getting points from five different players, including a dunk from Patterson and another three-pointer from Smith. The Statesmen matched its largest lead at 12 points, 78-66, with 5:31 left to play after a layup by Smith. The Golden Bears managed to get within 79-76 at 3:41, and the margin was four at 84-80 with 2:34 remaining, but the hosts finished on a 9-3 run that included consecutive dunks from Smith toward the final margin.

Richard Bland and Clinton were playing for the first time in the sport of men’s basketball, and the Statesmen now lead the young series 1-0.