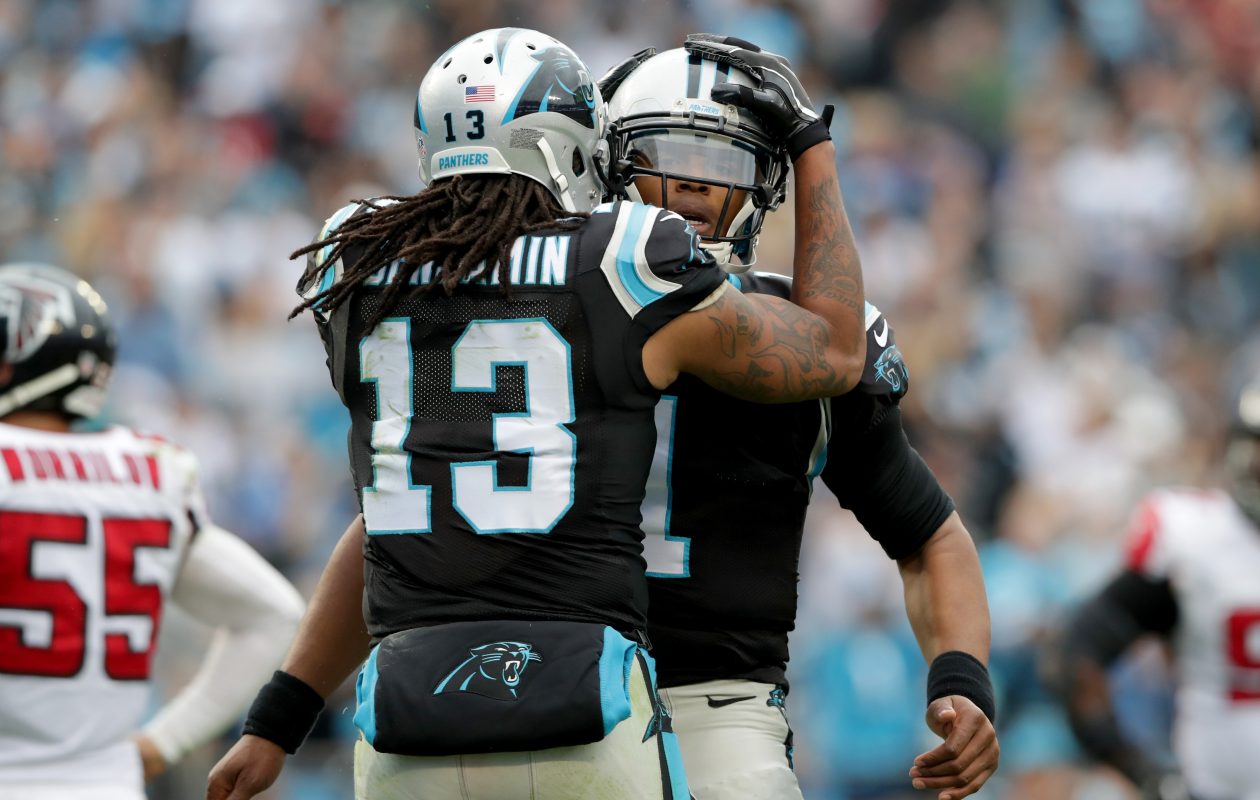 Panthers traded Kelvin Benjamin to the Buffalo Bills. However, the move was surprising to their franchise quarter, Cam Newton.

CHARLOTTE — Yes, the NFL, just like any other professional organization is a business. That means players will get traded regardless of how surprising the move is. You don’t have to tell this to Cam Newton. He heard his favorite target was packing his bags and headed to Buffalo the same way we all did.

“I pretty much found out when y’all found out,” Newton said at a press conference in Charlotte. “But I don’t want to dwell on that.”

He added, “Obviously it’s an emotional connection but that can’t be a distraction for our preparation this week.”

Carolina decided to trade Kelvin Benjamin to the Bills. In return, the Panthers will receive their 2018 3rd and 7th round picks. Granted, Newton has struggled to stretch the field so far this season. In addition, his completion percentage is 63 percent for 1,841 yards with 10 touchdowns and 11 interceptions. Nevertheless, it is still hard to fathom why the Panthers would trade away his go-to wide receiver. Even Newton was dumbfounded but wanted to look ahead.

“My intentions for this meeting is not to dwell on…Benji is gone,” Newton said. “It’s done. It’s over with, and it’s time for us to move forward, however hard it might be.”

Newton at one point said to a reporter he didn’t want to continue answering questions about the trade. However, he reiterated that the NFL is a business and must prepare for Atlanta this coming Sunday regardless of what’s happening.

“I think we’re good. I think we’re the right place,” Newton said. “At the end of the day, it’s a business. You think Atlanta care about that? My feelings are irrelevant.”

He added, “We got one job to do and that’s win football games and I’m up to that task. It’s hard when you have emotional attachments and that happened with Benji.”

Perhaps, this was a good move by the Panthers because it’ll allow others to thrive and provide this offense with more speed. However, the chemistry between Newton and Benjamin was unprecedented. Now that’s gone. The question becomes how do this impact the offense and the locker room dynamic?

One thing is for sure, the Panthers will have to regroup and focus because their game is this Sunday vs Atlanta and they will have to play with Benjamin. In addition, it’s on Newton to ensure his team is prepared. Or this season may be a repeat of last year.