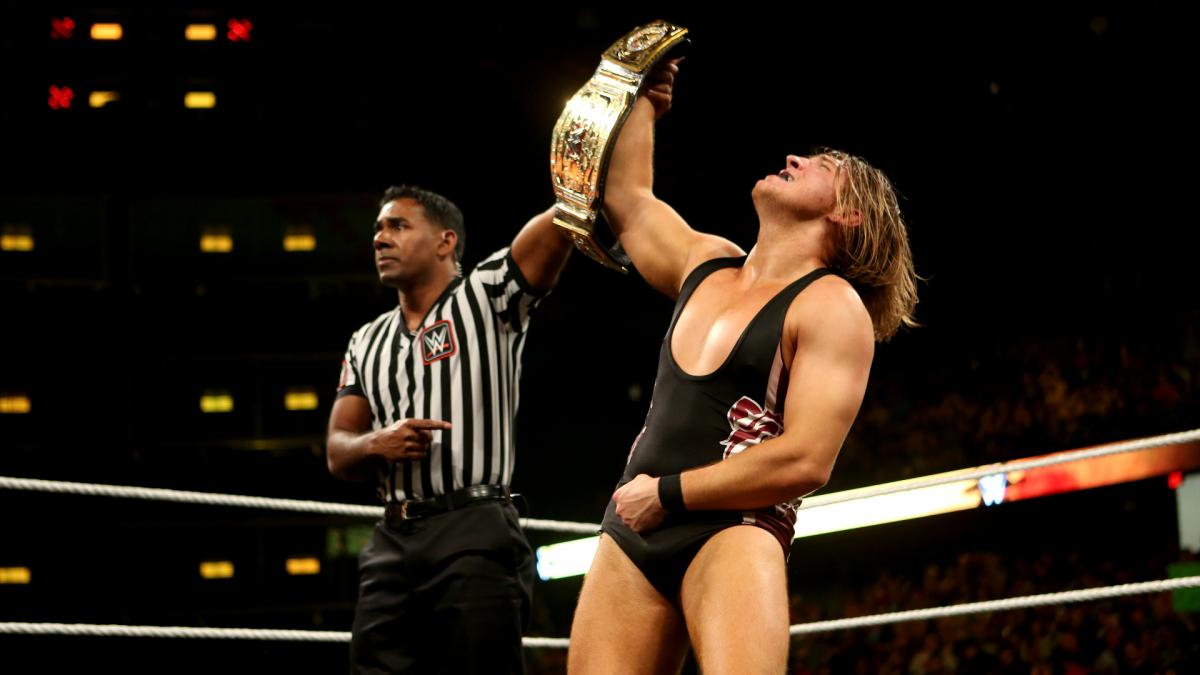 Last night, NXT TakeOver Chicago it delivered above all expectations. Here are my thoughts as well as the results. The rematch for The WWE United Kingdom Championship lived up to the hype. Pete Dunne and Tyler Bate met back in January Bate was crowned the inaugural United Kingdom Champion.The match started off slowly as both men were trying to feel each other with submission holds. Dunne connected X-Plex which was a modified Suplex on the apron.

The move itself looked nasty but unique at the same time. Despite Bate being only a 20-year-old champion he showed his versatile.Bate hit a Standing Shooting Star Press he followed that up immediately with a dead lift Suplex. Bate looked to continue his momentum but Dunne locked in a triangle choke on Bate.The Champion showcased his strength to get out the hold with one arm as he lifted Dunne up.

There was an unbelievable spot where Bate connected with his signature airplane spin. The Bruiserweight Dunne knocked Bate out of the air with a forearm. This was followed by up a sit out Powerbomb for near fall.

Both men left it all on the line and the crowd gave both Bate and Dunne a standing ovation. Dunne attempted to hit the Bitter End but Bate countered it with a spiked DDT. Bate managed then he hit a Moonsault on the outside and a corkscrew 450 on the inside.

The finishing sequence was crazy. Bate attempted a dive on the outside to Dunne but it backfired. Dunne capitalized immediately as he hit The Bitter End. It was the end for Bate and Pete Dunne is the new United Kingdom Champion. Hideo Itami came out with intensity because he knew this was a special opportunity. Due to the fact of all his injuries in the past during his career in NXT. He was very aggressive against Bobby Roode with multiple strikes and kicks.

Itami’s made sure that Roode shoulder-first into the ring post. He wanted to hit Roode with a dropkick but he missed it and in the process, he damaged his left leg. As a result, Itami couldn’t connect with a Go To Sleep on a bad leg. He somehow managed to hit the GTS but Roode rolled out to the outside.

Therefore Itami desperately puts Roode back into the ring but he got a near fall.Itami kicked out the Glorious DDT, then Roode would eventually snap and he hit numerous Glorious DDT’s to retain his NXT Championship. The Authors of Pain successfully defended their NXT Tag Team Championship. After the match, Johnny Gargano and Tommaso Ciampa got a standing ovation from all the fans. They made it all the way to the top of the entrance ramp.

All of sudden, Ciampa snapped on his tag team partner. He sent Gargano headfirst into the TakeOver set. The attack wasn’t done it was followed by a deadly running knee to Gargano. Ciampa hit a White noise to Gargano off the announcer’s table through a series of tables.

Another NXT TakeOver is in the books and it was a fantastic show from top to bottom no surprise. I would give it a nine out of ten because it was a memorable night filled with twist and turns.

Photo credit courtesy of the WWE