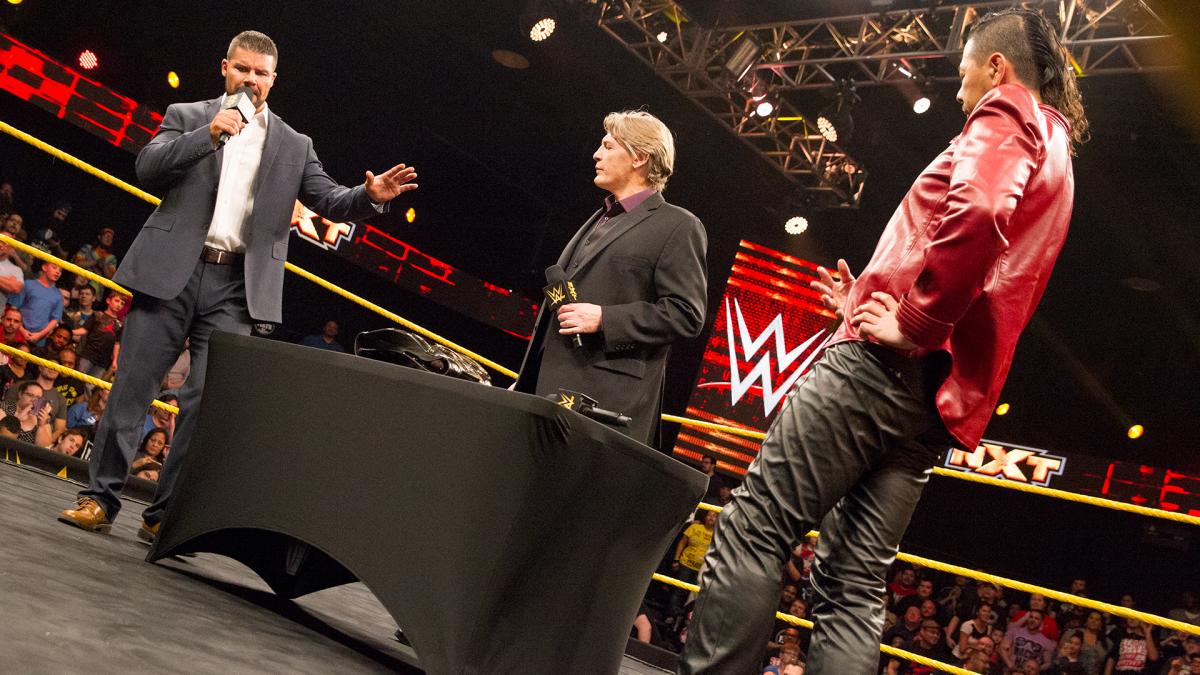 NXT last night was very eventful and a lot of matches have officially been booked for NXT Takeover San Antonio, I will provide a brief recap of the show. Nikki Cross made her in-ring debut as she took on Kennadi Lewis. Cross made quick work of Lewis and she hit a spinning Neckbreaker for the win. Tye Dillinger and Eric Young had a confrontation

Tye Dillinger is at a crossroads in his career at NXT and if he still belongs. All of a sudden Eric Young and his SAnitY members decide to interrupt him. The leader of SAnitY offered Dillinger a spot in their faction he did not ask but demand that Dillinger joins them. That did not go over well with Dillinger he dropped SAnitY’s jacket which was his response. That was a bad idea because the big Damo laid out the Perfect 10 with a devasting spear. Young then offered the jacket to Damo and he accepted it. 2016 was a very successfully year for TM 61. TM61 and The Revival got into a heated argument backstage which caused them to have a match later on. TM 61 scored a massive upset victory over the two-time NXT Tag Team Championship The Revival. As expected the Revival were irate they assaulted TM61 and Shane Thorne suffered a knee injury. This contract signing between Bobby Roode and Shinsuke Nakamura for NXT TakeOver San Antonio was simply amazing. Bobby Roode and Shinsuke Nakamura went back and forth on the mic. I was impressed with Nakamura’s ability to keep up with Roode on the mic. Nakamura said that Roode looked like a Shiba Inu which is a  Japanese dog. Nakamura even managed to steal Roode’s “Glorious” catchphrase.

All the photos were taken from the WWE