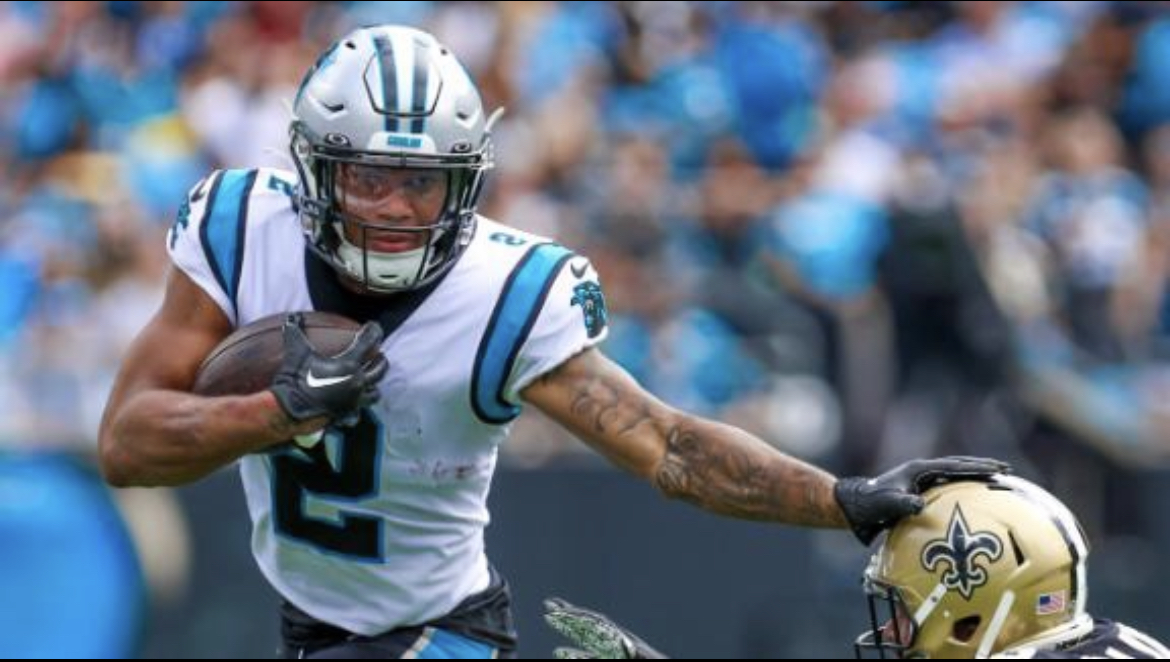 When a team is struggling, finger pointing is prevalent – usually from media or the fanbase. When it permeates the locker room or meeting room, you have a problem. The Carolina Panthers offense has been stagnant through the first three games of the season. It’s not for lack of talent, so what’s going on?

In the first game, running back Christian McCaffrey was barely utilized – he had only five touches in the first half. Much has been discussed about overusage of the All-Pro Swiss Army knife and the injuries that have plagued him the last two seasons. We’ve heard that both the team and McCaffrey were making changes to mitigate injury risk. Although they’ve been coy about exactly what those changes would be, surely it doesn’t include eliminating him from the offensive game plan altogether. Another head scratcher was the total abandonment of establishing a run game – especially after head coach Matt Rhule put such an emphasis on this last season. Many were led to believe that this was a bone of contention that eventually led to the dismissal of offensive coordinator Joe Brady.

Fast forward to this season and Rhule says that teams that win do so by throwing the football. The problem is – the quarterback and receivers have to have a least a small degree of chemistry. Going into week four, we haven’t seen that. Mayfield joined the team late and was in a “quarterback battle” with Sam Darnold up until right before the Panthers’ final preseason game. However, both Rhule and new offensive coordinator Ben McAdoo have praised the former No. 1 pick for the speed and efficiency with which he has learned the playbook. Still, one has to wonder how much trading first team reps all training camp has hindered the chemistry and cohesiveness that Mayfield could have established by now. Through three weeks, the offense has been on a milk carton save two or three flashy plays.

Even DJ Moore – the definition of reliable through a carousel of signal callers throughout his career – has struggled to find footing. The receiver is coming off three straight 1,000 yard seasons but has only mustered seven catches for 88 yards through three weeks. His only catch in last week’s win over the Saints was for only 2 yards. This is the same player that put up those impressive numbers in previous seasons with the following quarterbacks: injured Cam Newton, Kyle Allen, Taylor Heinicke, Teddy Bridgewater, and Sam Darnold. Robbie Anderson, the other starting receiver, has nine grabs for 148 yards – half of those came on a 75 yard touchdown in the season opener against the Cleveland Browns. As for the rest of the receiving corp, well that’s a head scratcher also. Rashard Higgins had an impressive preseason but didn’t play a single snap until last week and wasn’t targeted even once. Shi Smith shows flashes, along with excellent separation, but has had a case of the drops on big plays. Second year player Terrace Marshall Jr, who was the subject of trade rumors, has played limited snaps with no catches. Laviska Shenault, a late trade from the Jacksonville Jaguars, has only been active for one game but made the most of it. After a 36 yard kickoff return, Shenault took a short left pass from Mayfield two plays later and raced 67 yards for the touchdown. We should see more of him today.

Sometimes frustration lends to infighting. When we asked Rhule on Wednesday what he’s seen from the tape regarding Moore, he said the limited production was a product of increased defensive attention. “I think when you take that leap to being like, ‘hey I’m one of the elite players’, you know people are gonna pay a lot of attention to you.”

Many of you have asked about DJ Moore. According to Rhule, it comes down to increased defensive attention. pic.twitter.com/QfZPq2RpHV

He went on to say that the coaching staff has to find ways to get him the ball and everyone else has to be playing at a high level. In the same interview, he said that the line has to do a good job of making Mayfield feel more confident in the pocket. He added, “Part of it is just the timing, guys getting open and being where they’re supposed to be. Every play kind of tells its own story.” A reporter took that quote and asked DJ Moore how he felt about Rhule saying the receivers need to get open. A chuckling Moore responded, “It all goes hand in hand. Pretty much what he said; you gotta get it on the same page no matter what, but it’s really no…I don’t really got no in depth on (it), so just gotta get open and catch the ball.” Another reporter mentioned that Moore hasn’t had a problem getting open in four years and asked him if it was surprising to hear that he needs to get open more. “Is it surprising? Y’all got that from him (Rhule). That don’t matter. Don’t matter to me; getting open is getting open. Open is 1 yard, 0.5 yards. Open is open in this league. The quarterback – if he don’t see it this way, it’s cool. They’re going to the next read, next person that’s open. That goes for everybody in our room. Everybody can get open, doesn’t matter.”

The Panthers should have no problem getting open against the Cardinals. If there was ever a time for the receiver unit to flourish, it would be today. They’re facing an Arizona secondary that is ranked 30th in pass defense and dead last in third down efficiency. Couple that with Arizona’s 30th ranked third down efficiency on offense and Baker and company should see the field often; giving McAdoo a full run with his entire playbook. Rhule only has 11 wins and two of those have come against the Cardinals. The game kicks off at 4:05 pm ET.