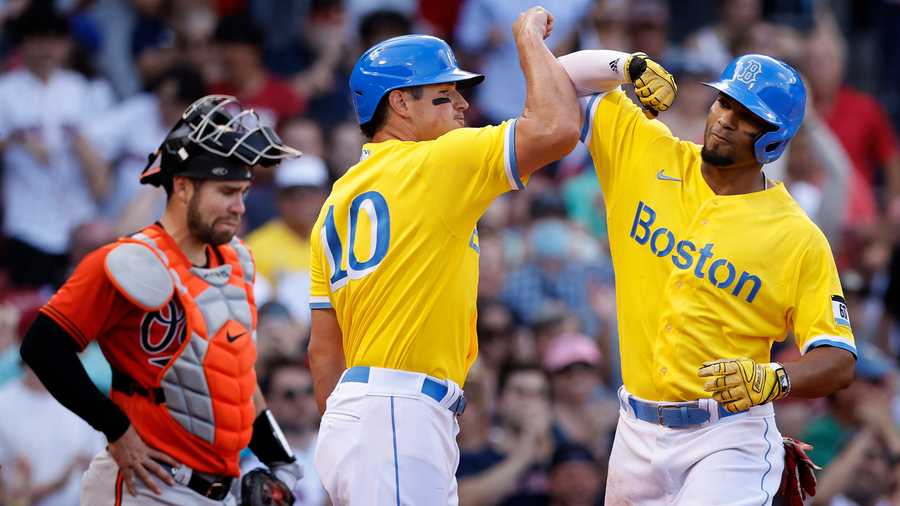 On Saturday Ryan Mountcastle did something no Oriole has done in the entire history of the organization, hit 30 home runs as a rookie. Mountcastle hit a 2-run home run in the bottom of the 1st inning for his 30th of the year.

A majority of the Baltimore Orioles runs were scored via the Mountcastle home run. Rafael Devers answered the Orioles two runs in the top of the 1st with an RBI single of his own in the bottom of the 1st inning and Bobby Dalbec added a 2-run double later in the 1st to give the Red Sox a 3-2 lead. Catcher, Austin Wynns would hit his 4th home run of the season in the top on the 2nd to tie the game at three, however, that would be the last time the Orioles crossed home plate as the Red Sox pitching staff shut down the O’s the rest of the afternoon. Xander Bogaerts laced an RBI single up the middle in the bottom of the 5th to give the Sox the lead, 4-3. Boston would add insurance runs in the 6th inning as Hunter Renfroe knocked in a run with an RBI double. Bogaerts broke the game open later on in the inning with a 3-run home run to extend the lead to 8-3. Christian Vázquez grounded out in the 7th to drive home a run to extend the lead to 9-3, a score Boston would end up winning by.

Tanner Houck got the win for Boston to improve to 1-4 on the season and Mike Baumann took the loss to drop to 1-1.

Alexander Wells will take the mound for the Orioles Sunday and Nathan Eovaldi will oppose him for Boston. Wells is 1-3 with a 7.76 ERA while Eovaldi is 10-8 with a 3.52 ERA.