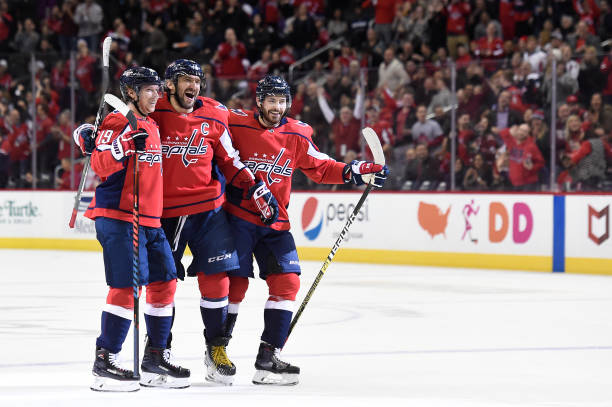 The Capitals went 9-2 in the 11 games T.J Oshie missed with his concussion. While that is an amazing record; way better than one would expect; the power play unit has struggled over the past few games without Oshie or Tom Wilson (concussion) in the middle.

Washington defeated Detroit just a couple weeks ago at Capital One Arena on Black Friday. With that and the fact that the Red Wings are coming on the second night of a back-to-back; everything was lined up for the home team to extend their Metropolitan Division lead Tuesday night.

Tonight Oshie returned, the Caps got their first PP 2:10 into the game, and they cashed in on it with Brett Connolly scoring at the 3:39 mark of the opening period to open up scoring against the Detroit Red Wings. While Oshie wasn’t a factor in the goal, his presence allowed Connolly to return to the second PP unit where he usually is in the lineup.

Before Saturday’s 4-0 win in Columbus, Travis Boyd hadn’t scored an NHL goal. He made it two in two games halfway through the first period. Captain Alex Ovechkin scored his league-leading 23rd goal of the season from his office (minus the PP), to give Washington a 3-0 lead just three minutes later.

Detroit’s starting goaltender Jonathan Bernier managed to keep the puck out of his net for the remainder of the opening period and managed to temper the scoring onslaught in the second period….only a little bit.

Ovechkin’s second goal of the night came with 10:55 to go in the second period to make it 4-0. Washington drew their second power play chance of the night immediately after the Ovi goal and Oshie did the honors this time to make it 5-0.

The Red Wings pulled Bernier in favor of Jimmy Howard in goal after the Oshie goal.

The last time Washington held a lead like this, they blew it. For the first 10 minutes of the third period it looked like we were in for a repeat.

The Red Wings came out in the third period and wiped Braden Holtby’s second straight shutout off the table via Dylan Larkin’s goal at the 1:03 mark.

Ovechkin’s 3rd goal of the night put an end to Detroit’s comeback effort with just over 10 minutes remaining in regulation. Ovi’s Hat Trick is the 21st of his career which is first among all active players.

Gustav Nyquist added one more for the Red Wings; but Holtby finished the night with 35 saves en route to a 6-2 victory.

The Capitals will be back in action Friday night in Carolina to take on the Hurricanes; only to turn around and return to Capital One Arena Saturday night for a matchup with the Buffalo Sabres.