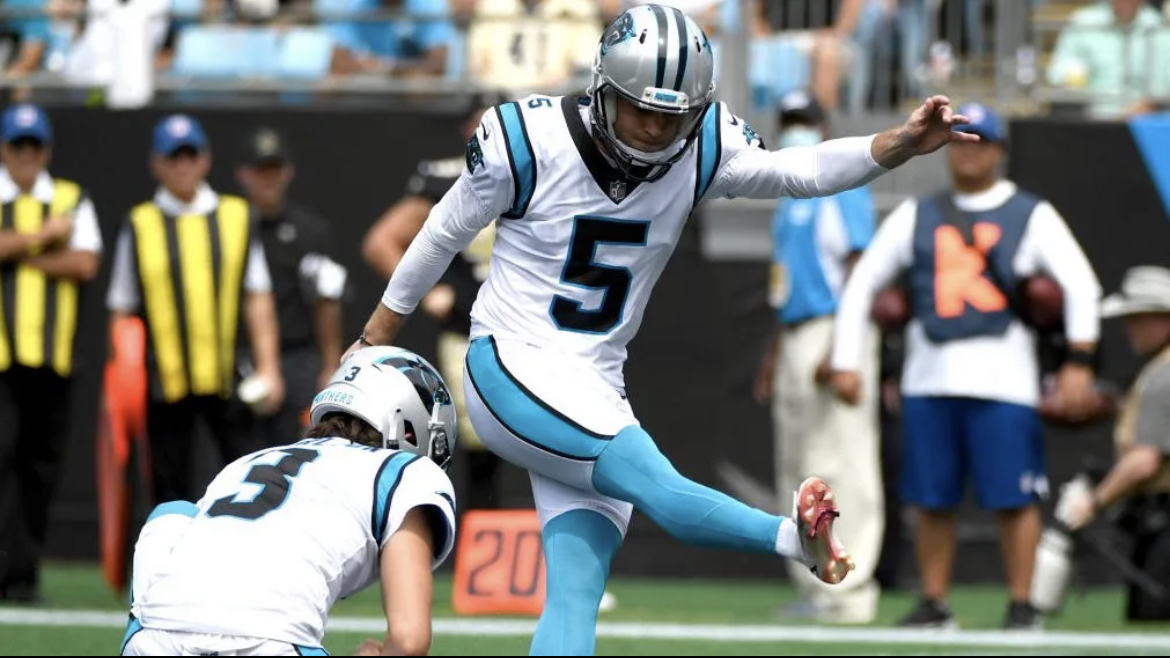 The Carolina Panthers have made a number of moves in the last week. After restructuring the contracts of right tackle Taylor Moton and linebacker Shaq Thompson, the team announced on Wednesday that they are extending kicker Zane Gonzalez. The two-time special teams player of the week has agreed to a two-year deal that will pay him $4.5 million.

Gonzalez joined the Panthers in week two taking over for Ryan Santoso whose stint was brief after replacing Joey Slye. He was one of the bright spots of a dismal season which saw the Panthers score only one touchdown in 35 possessions at one point. Prior to being placed on injured reserve due to a pre-game quad injury at Buffalo, Gonzalez had made 17 straight field goals. His nearly 91% field goal percentage ranked him in the top ten of the league. Additionally, his 57-yarder against the Falcons was the second longest in franchise history and a personal best.

With the signing, the Panthers have now re-signed four pending free agents including Frankie Luvu, Ian Thomas, and J.J. Jansen. 1 8 more players are due to become unrestricted free agents next week at the start of the league new year.