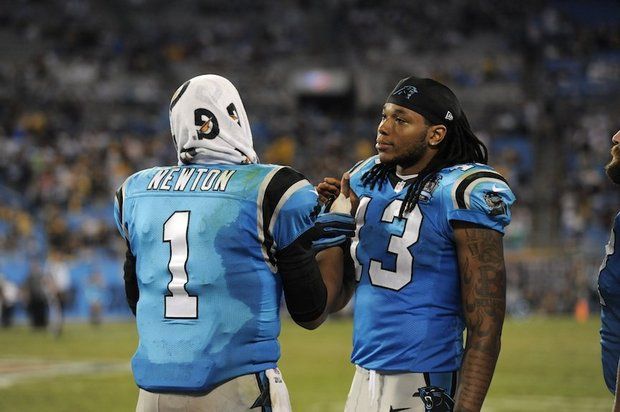 Panthers are coming into Chicago with a few injuries. However, Kelvin Benjamin is expected to play in Sunday’s matchup.

CHICAGO — The Carolina Panthers are facing the Chicago Bears on Sunday in Week 7 and they will do so with key injuries.

As of now, star middle linebacker Luke Kuechly is out, as he’s still in the concussion protocol.
However, the Panthers are expecting their go to wide receiver, Kelvin Benjamin, to play against the Bears. Benjamin has been dealing with swelling in his knee.

“He had a good practice today,” head coach Ron Rivera told reporters in Charlotte. “(Benjamin) ran all the routes and caught the ball. He didn’t miss anything today.”

In addition to Kuechly being out for Sunday’s matchup, Panthers tackle John Theus is also out with a concussion. Fozzy Whittaker and Demetrius Cox are both dealing with ankle injuries and aren’t expected to play in Chicago.

On a positive note, Ryan Kalil will return to the Panthers lineup. He missed several games with a neck injury. During that time, Carolina ensured it wasn’t serious, though, he was out for five games.

Kurt Coleman is a game-time decision according to Rivera. He’s been battling a MCL sprain and could rejoin the team’s rotation at Soldier Field.

The only other uncertainty that the Panthers have hanging over the team is the status of quarterback Cam Newton.

No, the franchise QB isn’t injured. However, he’s avoided the media sessions this week in Charlotte. There are reports that the NFL is looking into why he skipped the interviews.
Players can be fined for not fulfilling their media obligations.

The Bears host the Panthers on Sunday at 12:00 p.m CT. It’s worth mentioning, forecasters are calling for moderate to heavy rain with gusty conditions. This will be their first time playing in stormy weather this season.