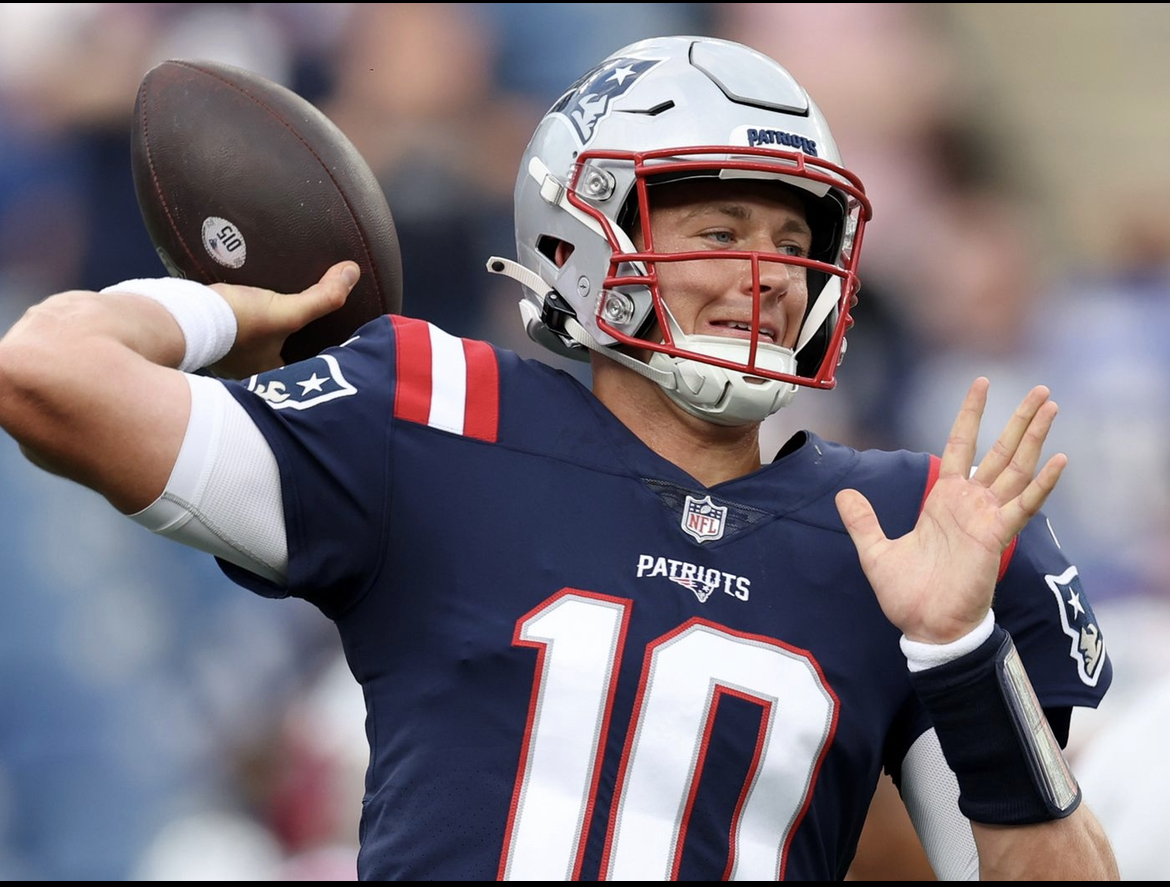 After a couple of chippy practices, the Carolina Panthers and New England Patriots met in Gillette Stadium to duke it out in the second preseason game. While the Panthers sat virtually all of their starters, the Patriots played their starters on both sides of the ball. As the quarterback competition heats up, neither Baker Mayfield nor Sam Darnold played a snap on Friday night. Instead, PJ Walker, listed third on the depth chart, started the game and alternated quarters with third round pick Matt Corral. The second team held their own, limiting the Patriots to two punts in the first quarter.

A 21 yard completion from Walker to Giovanni Ricci, along with a 15 yard roughing the passer penalty, put the Panthers in the red zone. The drive stalled out at the New England 9 yard line and Carolina settled for a 27 yard field goal by Zane Gonzalez and a early 3-0 lead. Walker finished the quarter 4-for-8 for 43 yards while being sacked twice. New England moved the ball better in the second quarter, with Mac Jones connecting with Nelson Agholor for a 45 yard bomb with Keith Taylor in coverage. A couple plays later, Ty Montgomery punched it in from 2 yards out to put the Patriots on the board with a 7-3 lead with 12:23 left in the first half. New England capitalized on a fumble by Keith Kirkwood in Carolina territory and  38 yard field goal by Nick Folk sent them to the locker room with a 10-3 halftime lead. Corral was 6-for-10 for 28 yards in the second quarter.

Walker was back under center for the second half and was 2-for-4 for 21 yards. Facing 2nd & short from the New England 38 yard line, he was intercepted by Shaun Wade. The Patriots were unable to capitalize and turned the ball over on downs. Carolina did get a boost when cornerback Tae Hayes intercepted Bailey Zappe at the 50 yard line and retuned it for a touchdown to tie the game at 10 with 1:35 left in the third quarter. The Panthers bench exploded with players running onto the field and was flagged for unsportsmanlike conduct. The penalty was enforced on the kickoff.

A 51 yard field goal by Tristan Vizcaino early in the fourth quarter gave New England a 13-10 advantage as Corral came back in the game. Neither team could get anything going and traded a couple of punts. Pinned deep in his own territory, Corral was flagged for intentional grounding. An illegal use of hands to the face penalty against the Patriots offset the penalty. After the Panthers played a relatively clean first half, they racked up 52 penalty yards in the second half. Although each quarterback was set to alternate quarters, Walker re-entered the game at 2:00 and was promptly sacked. The ball came loose and was recovered in the end zone by DeMarcus Mitchell for a New England touchdown. After getting down to the New England 33 yard line. Walker is intercepted by Brenden Schooler.

The Panthers go into the last preseason game with a 20-10 loss after failing to score an offensive touchdown. They head back to Bank of America to wrap up preseason against the Buffalo Bills.